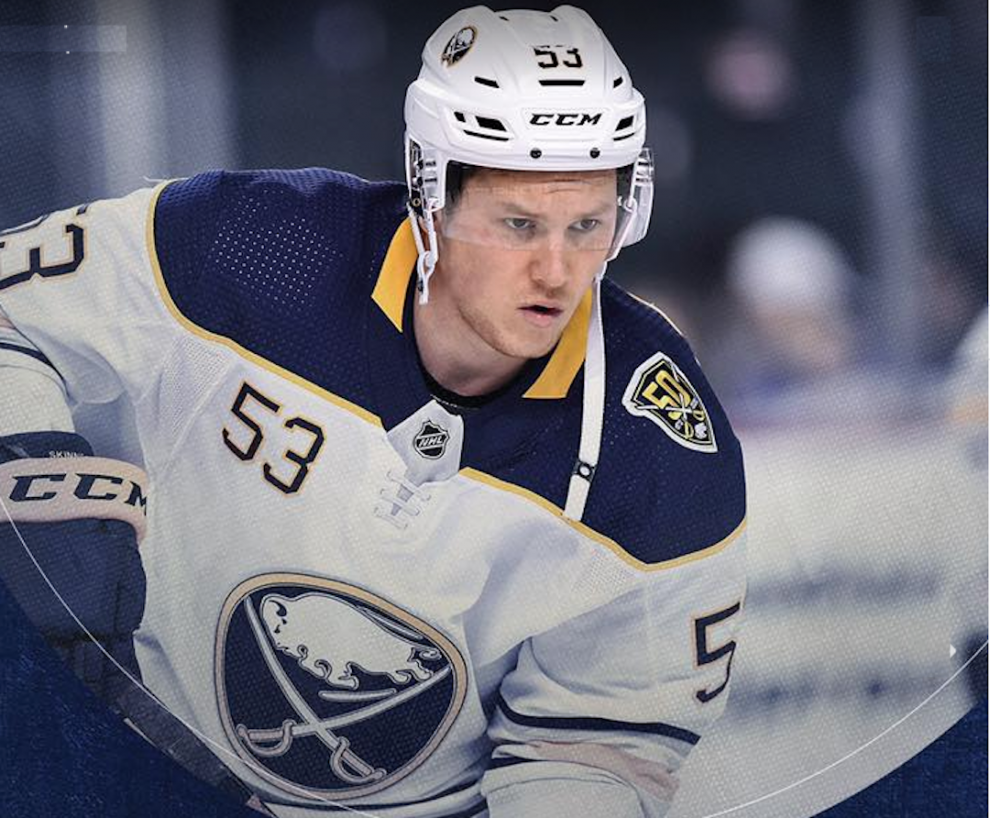 This horrific past week, just when people were thinking that maybe the Sabres have pulled themselves out a month long doldrum, brought everyone back down to Earth.

After posting points in the previous ten of twelve games going back to Thanksgiving week, and placing themselves once again square in the middle of postseason standings and the conversation for a playoff berth, things came to a screeching halt in just three days.

The Sabres lost two straight games to conference opponents. road games at Toronto and Philadelphia. In both games they found themselves in a 3-0 hole right in the first period. The game against Philadelphia was especially tough to watch, as Sabres team captain was scratched with an “upper body injury” just ten minutes before the puck drop. The team never recovered, looking sloppy and unfocused and playing its worst game of the season.

The Sabres are not a playoff team. Not even close. Their marquee goaltender, Carter Hutton, is now 0-7-4 in his last 11 starts. Throughout the franchises’ 50 year history, success has always been measured through the strength of their goaltending… Roger Crozier, Tom Barrasso,  Grant Fuhr, Dominik Hasek, Ryan Miller. Guys who would steal games.

Now they are relegated to Linus Ullmark as their go to guy, with Hutton on the skids and the team out of other options within the organization.

The penalty kill continues to be suspect, although the unit seems to be improving as December wears on.

The Sabres signed Skinner to an eight year contract last June valued at $72 million, averaging $9 million a year. He came off a career year, scoring 40 goals and 63 points while helping to lift the team out of the Atlantic Division basement.

While it was a necessary move at the time, as certainly Skinner would have commanded that sort of money or maybe even more on the open market, there were more than a few pundits who questioned whether this was a massive overreach by a franchise desperate to land that “marquee player” to help propel the team back into the playoff hunt.

There are now but two left wingers in the league making more money than Skinner.., Alexander Overchkin and Jamie Benn. Both have led their teams to the playoffs, while Skinner has yet to appear in postseason action. Moreover, the Carolina Hurricanes, Skinner’s former team, actually improved following Skinner’s departure.

Is this player the next Ville Leino or Matt Moulson?

Coach Ralph Krueger has full faith in his star, although he has separated Skinner and Jack Eichel from the same line, looking for scoring depth on the lower lines, and has also pretty much made Skinner a non participant in the team’s power play unit. Skinner has 11 goals this season, none on the power play.

Krueger has focused on Skinner’s abilities as a 5 on 5 specialist, creating and making plays. Meanwhile, linemates Conor Sheary and Vladimir Sobotka (now injured) have been total busts. At this point in the season, Skinner’s 5 on 5 goal output is about the same as last year. But those averages continue to drop, as Skinner’s offensive output has tailed off in November and December.

Much of the offensive slide started in Stockholm back in November, where it was Sam Reinhart who lifted the team in the two losses against the Tampa Bay Lightning, and Skinner was virtually invisible.

But the best picture of a disturbing trend here can be framed in Thursday’s loss to the Phladelphia Flyers. When Eichel went down as a scratch, it was left on Skinner’s shoulders to step up and deliver a performance. Instead what the team did was lay down and deliver its worst game of the season.

Why you wonder? The 68 year old hockey great is enjoying his retirement running a diner and adjacent sports memorabilia shop in Niagara Falls, Ontario.

His back room is an often used venue by a group of old time Toronto Maple Leafs supporters who gather for a regular “hockey talk” luncheon, often with a marquee guest speaker. We attended the November luncheon and the headliner for this particular event was none other than another Hall Of Famer, Frank Mahovlich.

Dionne, who was onsite exchanging pleasantries and even helping to serve up lunch plates to the more than 70 in attendance, grabbed the microphone as the proceedings started, then went on a 15 minute tirade about the “Me Too” movement, lamenting on how the game has changed and how some players now run their locker rooms and disrespect their coaches. Fair enough.

It got worse. Dionne morphed into a tirade about black people, and how they address each other in conversation and art. Then he said it… ”Nigger”. He spouted off the “N” word no less than six times, while babbling on with his weird stories., even ripping into Canada’s recent approval of legal cannabis sales. What was the worst part of the experience is that most in the audience were laughing and applauding these hateful and hurtful comments, when the appropriate response should have been stoic and stony silence.

We cringed. But we stayed, hoping this old man would just shut up and step off the dais. When his racially infused tirade mercifully ended, the second speaker, and sorry we missed the name except for “Brian”, got up to speak. His report was on his recent trip to Russia.

“For those of you who haven’t been there let me tell you about the miracle that is underway there. We were hosted by Vladimir Putin at a luncheon in Sochi. Vlad is like your wonderful and benevolent uncle such a nice man. Sochi is magnificent just like Las Vegas. And there are cranes up all over Moscow they have such economic prosperity. The people there are successful and happy”.

At this point we had heard enough. Even though we were seated smack dab in the middle of the room, we stood up, put our coats, hats and scarves on with every bit of body language we could muster, and hauled out of there.

We were sorry to miss Frank Mahovlich. Presumably, he had some great stories to tell of his playing days. Our perhaps he launched his own missive on transgenders in the army or those pesky homos who have the audacity to get married. Guess we’ll never know.

If any active NHL player recited the same words that Dionne did, retribution and punishment form the league would be swift and harsh. There would be strong statements by the NHL that the comments made do not represent the views or ideals of the league. Yet this sad and dodgy old man can shame himself, the sports we all love, and the league.

If we haven’t yet convinced you to skip Dionne’s diner in Niagara Falls, then here’s the topper… they don’t have Poutine on the menu.

Merry Christmas and Happy New Year! Or as we say here in Japan…