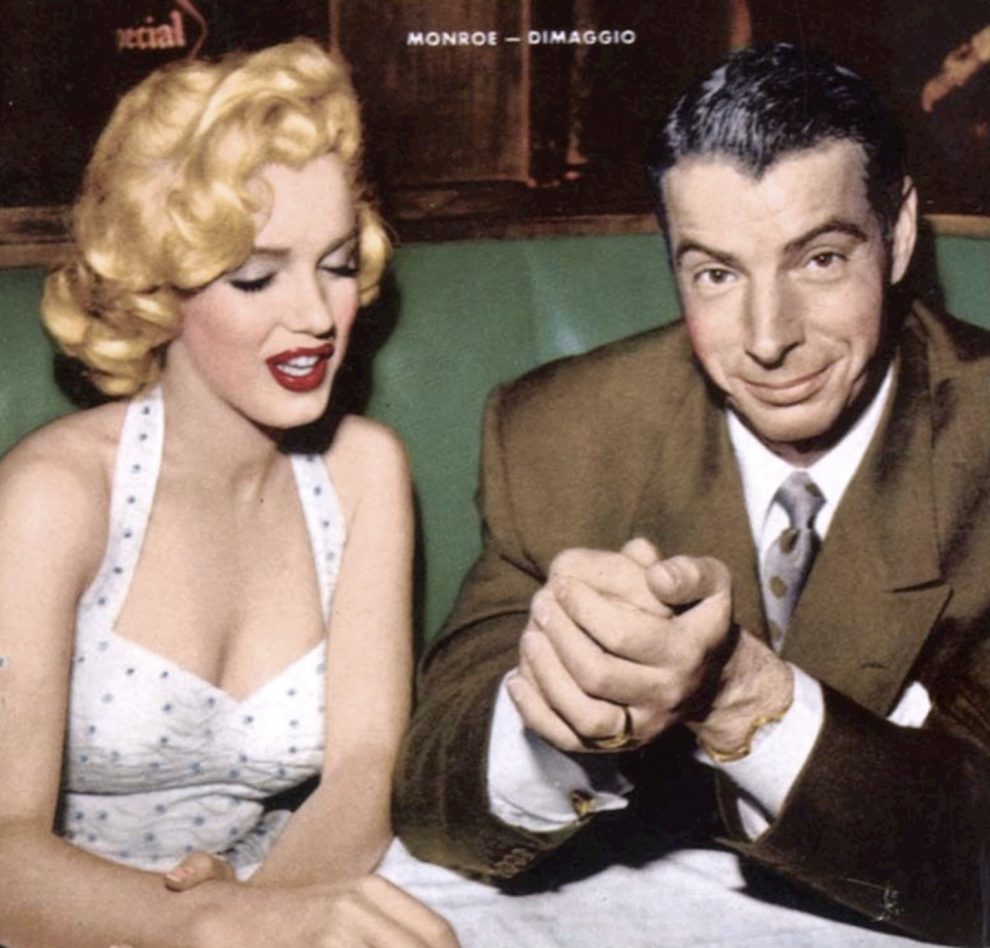 How does an immigrant, Italian fisherman rear, endear, and ultimately prepare his gifted son to rewrite most of American baseball records and somehow rise up from the murky depths of the unforgiving sea to net and symbolize America’s, baseball best in grace and power?

That’s the incredible story of Joe DiMaggio, a first-generation Italian kid, working the shores of Fisherman’s Wharf, in northern San Francisco, from dawn-to-dusk, with his four brothers and by order of Papa DiMaggio. DiMaggio gloriously experienced and benefitted from the American dream, the postwar promise, for himself and for his financially-challenged family of 11.

The third brother, Vince, and his younger or fifth brother, Dominic, decided against fishing full-time and chose to play baseball along with Joe, and both brothers would eventually play centerfield, as brother Joe did, in the major leagues.

Vince, the oldest of the three DiMaggio baseball brothers, led the way into professional baseball; he played 10 seasons and was a two-time, all-star with the Pittsburgh Pirates, retiring in 1946. Dom, the youngest DiMaggio and a seven-time, all-star with the Boston Red Sox, played 10 seasons; he was considered to be one of the best centerfielders of his generation, retiring in 1953; Joe retired earlier in 1951.

How did this unimaginable blessing happen to Joe, his two baseball brothers, and the DiMaggio family? In the Italian American home of the first generation that they grew up in, DiMaggio and his brothers and sisters spoke only Italian, cooked Italian, married Italian, and acted Italian. Acting Italian, simply put, meant placing the family first, above all else, the most important Italian mantra.

The oldest son unconditionally followed papa’s lead, “senza parole” (in Italian), translating as ‘no words, without discussion.’ He inherently felt an incredible responsibility to support and make ‘economic good’ happen for the family’s future: a burden and a blessing, simultaneously, for the oldest son to bravely encumber, accept, and importantly, turn-the-challenge into positive ends: This was not an easy calling for anyone. Tom and Michael did precisely that and more for Guiseppe; he was a proud papa.

Giuseppe was strict, relentlessly hard-working, and a successful fisherman in the San Francisco area, and he expected nothing less from his five sons, wanting all of them to become fiercely-focused fishermen, following father’s, family footsteps, like he and his father before him had done, successfully, in Sicily.

Like other native Italian fathers of the 1940s and 1950 eras, Guiseppe was revered, mirrored, and even feared by his children.

According to Italian cultural traditions, the children were never allowed to question the motives or decisions of the hard-working papa; and in doing so, those acts would be viewed as intolerable disrespect. Guiseppe was Sicilian, born-and-bred, and he made it abundantly clear to his nine children that they knew and respected ‘what papa wants, papa gets.’ That decision was final in his house, “senza parole, capieci?” This translates as ‘no words, understand?’

His mother, Rosalia, was protective, intense, and encouraging with all her children. Her Catholic devotion and prayers was a stabilizing factor for the DiMaggio family; Rosalia had a strong, motherly belief in Joe as a youngster that Guiseppe did not share, especially about fishing, the family business.

DiMaggio showed very little enthusiasm about fishing with papa and his brothers; the smell would nauseate him, and he would do anything to get out of cleaning his father’s boat, folding the nets and bundling up the “crab catch” that night at Fisherman’s Wharf: a dreaded and ridiculously, repetitive routine that Joe learned to passionately hate.

Joe would conveniently disappear to Guiseppe’s displeasure and disdain, as oldest brothers Tom and Michael would predict, prompting Guiseppe to lash out, calling Joe a “good-for-nothing bum,” “un disgraziato,” a disgrace, and “un magabonu,” a vilified vagabond.

“Italian sons were supposed to suffer shame and guilt for not following their fathers’ ways,” relevantly writes Andrew Rolle, in his book, “The Italian Americans: Troubled Roots.” For Italian sons, following papa was often the only right thing to do, or they would likely face estrangement from the family forever.

Joe dropped out of high school in the 10th grade, and instead of working with papa and his brothers at the Wharf, he decided to sell bundles of newspapers and work at warehouses, offending Guiseppe’s hope for him to become a fisherman.

Fortunately for him, brother Vince was soon signed by the San Francisco Seals, a minor league team; big brother encouraged Joe to come back to baseball because Vince was absolutely convinced that Joe was very ‘talented and pure’ in skills to earn a baseball payday; Vince knew all too well about Joe’s talents.

The rest happened, almost magically for Joe, as his flawless style was now on display and being touted by national baseball writers as pure, graceful, and fluid. Joe’s ease and perfection on-the-field left fans awestruck and clamoring for more.

Joe DiMaggio, the Yankee Clipper, is indelibly etched deep into America’s, all-time, sports consciousness: DiMaggio achieved nine World Series championships, selected a 13-time, all-star and garnered an astounding, 56-game, hitting streak with the Yankees and one of the greatest achievements in baseball history.

On the day of his passing in 1999, President Bill Clinton voiced these defining, memorable words to honor the venerable Joe DiMaggio: “This son of Italian immigrants gave every American something to believe in. He became the very symbol of American grace, power, and skill.”

Click here to post a comment
Which medications for anxiety are the safest?
Immigrant Italian Kid Works Diligently and Achieves the American Dream By Al Bruno