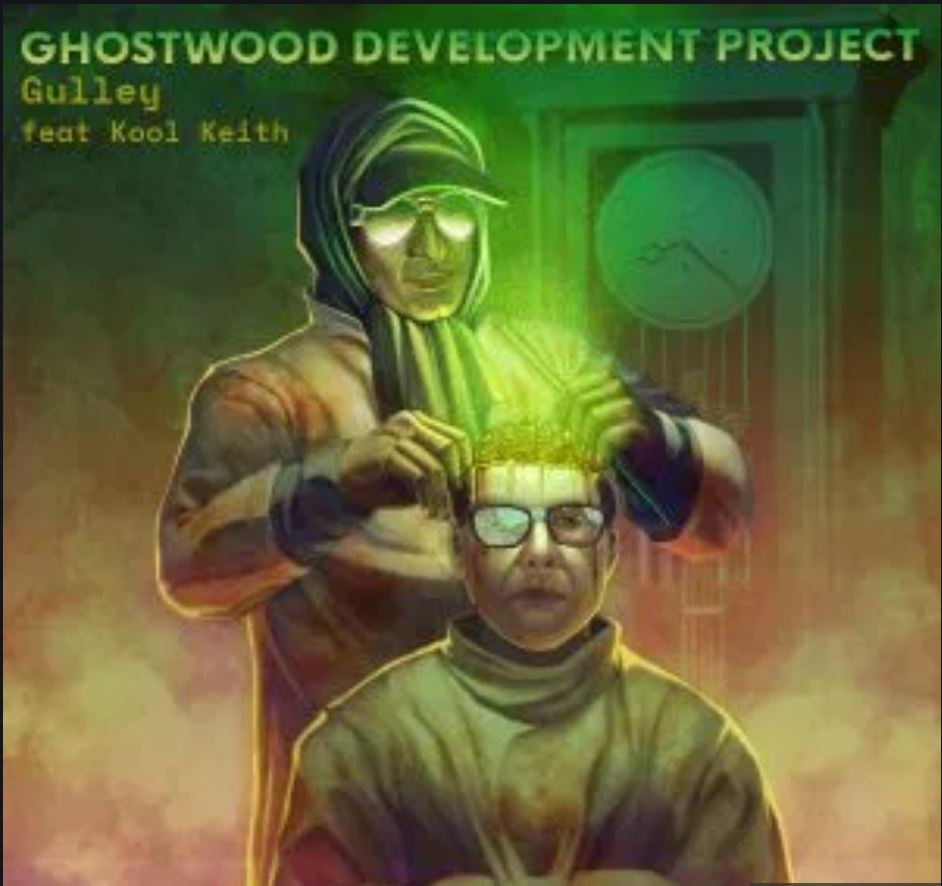 Kool Keith, generally considered to be one of hip-hop’s most eccentric and unusual personalities, known for his abstract and incomprehensible lyrics has recorded both as a solo artist as well as in group collaborations.

Back in 2008, Kool Keith met Lee Brunskjill AKA Ghostwood Develpoment Project at ‘All Tomorrows Parties Nightmare Before Christmas’ curated by Mike Patton & The Melvins in Minehead. The brief yet fruitful meeting brought them together, where they spoke about Sci-Fi movies, music and horror movie soundtracks.

Their efforts didn’t stop with a talk at their first meeting. They worked together and this project has been long time in the making. Lee put together Leeds based Punk outfit Autopsy Boys. When this band broke up, he socially isolated himself to re-evaluate what place music had in his life.

He started again, and rebuilt everything from the knowledge he acquired over the years. He self taught himself, how to mix, master, scratch and to syth which one frequently hears throughout the track. Other than Kool Keith’s voice, everything else heard is made by Lee.

When he acquired this new skillset, he created ‘Gulley’, but he had to find the right voice that complemented his music. His search ended with him collaborating with Kool Keith, as he decided only Kool Keith would work. When Lee played the tracks to Kool Keith, he exclaimed, “This shit is hot!”.

Lee remembers “Within two days Kool Keith recorded his part and sent back his vocals. With that I set about mixing and mastering my first solo release. I wanted to announce my new project with something special but never imagined it would turn out this good”

The name Ghostwood Development Project is a Twin Peaks reference as Lee explains:

“A few people have asked where I got the name from. It was a plan originally spearheaded by Benjamin Horne to build a country club on the location of Ghostwood National Forest. An intriguing subplot in Twin Peaks. Had this plot continued, I believe it would have revealed the imminent destruction of the town and elaborated on the evil spirits as well as the backstory of Bob, and his Lucifer-like nature. It also plays along nicely with the Twin Peaks‘ narrative of “evil in the woods.” The idea is to present my own personal experiences from an alternate timeline within the Twin Peaks universe where the project did happen and chaos was unleashed. My imagery, music, art, narrative and videos come from the area known as Ghostwood. “Stop Ghostwood” is a recurring theme throughout the saga. Naturally I adopted the term ‘Vote Ghostwood’ insinuating hell on earth has arrived.”

This is just the begining for Lee and his solo project and what a journey it is so far, welcome to Ghostwood Develpoment Project.