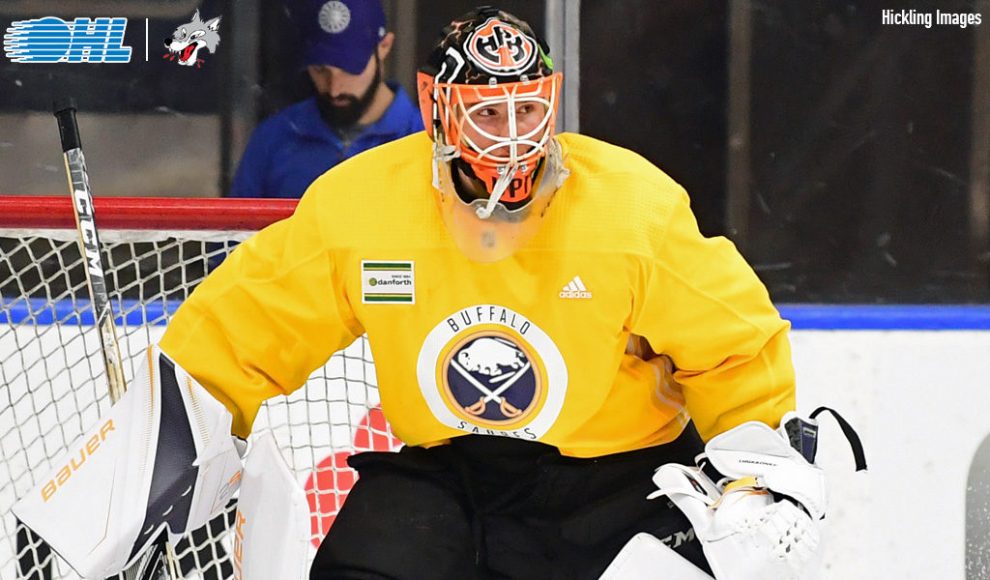 ROCHESTER…It’s been a heady year so far for the Rochester Americans, AHL farm team of the Buffalo Sabres.

When Sabres General Manager Jason Botterill took over the reins with the team in 2017, he stressed the importance of building a winning culture in the minor league system, with his laser like focus on the Amerks. All of this was music to the ears to long suffering Rochester fans, who have had to endure multiple losing seasons and no playoff visits, a head scratching dual affiliation arrangement, several ownership changes, and a playoff series win drought which now extends 14 years and counting.

The last time the Americans won a playoff series was 2004-05, which also happened to be the NHL lost lockout season. In 2000 they made it to game 6 of the Calder Cup finals, losing a heartbreaker on home ice to the Hartford Wolfpack.

The last Calder Cup championship? 1996. The team made it through four rounds and a seven game championship series against the Portland Pirates, which earned the franchise their 6th Calder Cup. Much of that championship landed squarely due to the heroics of goaltender Steve Shields. Yes, that Steve Shields. The same netminder who did his magic the following year in Buffalo when Ted Nolan’s “hardest working team in hockey” made its magical run to a division title.

The shakeup and new culture in Rochester has been evident in the Botterill era. After three straight 6th place finishes, the Amerks have placed 3rd and 2nd in their division these past two seasons. But no good fortune in the playoffs as the team has been swept  3-0 in successive years. Now Sabres goaltender Linus Ullmark looked very ordinary in net at a time when the team needed their playoff juice.

But this year has been different.

Under head coach Chris Taylor, the team has held first place throughout much of this regular season. Through the month of November and into early December, just as the Sabres’ early fortunes were faltering, the Amerks posted 10 wins while only losing twice, with both of those losses happening in overtime and shootout.

That seems so long ago. With key injuries at the Sabres level to Jeff Skinner and Victor Olofsson, both teams have had to plug holes in a hurry. Casey Mittelstadt, who has been non productive as a Sabre, was sent down to Rochester. After a sluggish start he has put together a bit of a point streak.

It hasn’t mattered. The team is in the midst of their worst stretch of the season. It was all on display last Friday. In what was their biggest attended game of the season at Blue Cross Arena, the Rochester Americans fell to division rival Belleville Senators. By the end of the weekend the team would find themselves out of first place for the first time since early in the season, and a team looking for answers.

“Well they scored first, they scored second. So obviously that wasn’t good,” head coach Chris Taylor said after last Friday’s game. “You know we actually got a pretty good start, we were all over them. Their goalie made some big saves but the first one hurt and then second one. When we’re on power play giving up a short-handed goal it’s not good and you know we just couldn’t rebound even though we got a goal next. Then just went downhill from there. To give up two short-handed goals is not good at all.”

Two short handed goals. The Amerks pressed early and had plenty of scoring chances but could not produce, then Belleville scored on their first shot on net against Jonas Johannson. He would eventually be pulled for backup goaltender Andrew Hammond.

Left winger C.J. Smith, who has seen time here in Buffalo, added, “We just have to trust our process and our approach to our game. We’re obviously a really good team, a really skilled team, and the beginning of the season shows the type of team we can be. Just sticking to our process and knowing what works for us, keeping it simple, and playing a full 60.”

The “Process”. There’s a Buffalo word.

The Amerks added an important player after this past week’s debacle by recalling goaltender Ukko-Pekka Luukkonen from the ECHL Cincinnati Cyclones. Luukonen has been posting stellar numbers in his time with Cincinnati with a .917 save percentage and a 12-5-3 record. This past week he was named to the ECHL All Star Classic.

This has been slated as a one week promotion, but there has been rife speculation here in Buffalo that goaltender Carter Hutton’s days are numbered, and that Andrew Hammond could be promoted if Hutton is traded or released. This would open a roster spot for Luukonen in Rochester. Many regard him as a blue chip goaltender with high hopes for Buffalo’s future needs.

Coach Taylor and his Rochester players need to right the ship in a hurry. Getting a healthy Skinner and Olofsson back in uniform and on the ice would help both squads. The All Star break across both leagues could not be coming at a better time.

The National Hockey League and the Buffalo Sabres this week announced the NHL Scouting Combine will remain in Buffalo through 2022, with each of the next three events being held at KeyBank Center and LECOM Harborcenter. The NHL Scouting Combine, which showcases the top draft-eligible prospects from North America and Europe ahead of the NHL Draft, has been held in Buffalo since 2015.

“After a successful first five years of the NHL Scouting Combine in Buffalo, we’re thrilled to host the event for another three years,” said Kevyn Adams, Buffalo Sabres senior vice president of business administration. “Partnering with the NHL to host the Combine has been a wonderful opportunity for our organization and the city of Buffalo. We’re excited that the path to the NHL for these young players will continue to run through our city and we look forward to welcoming the hockey world back to Buffalo this spring.”