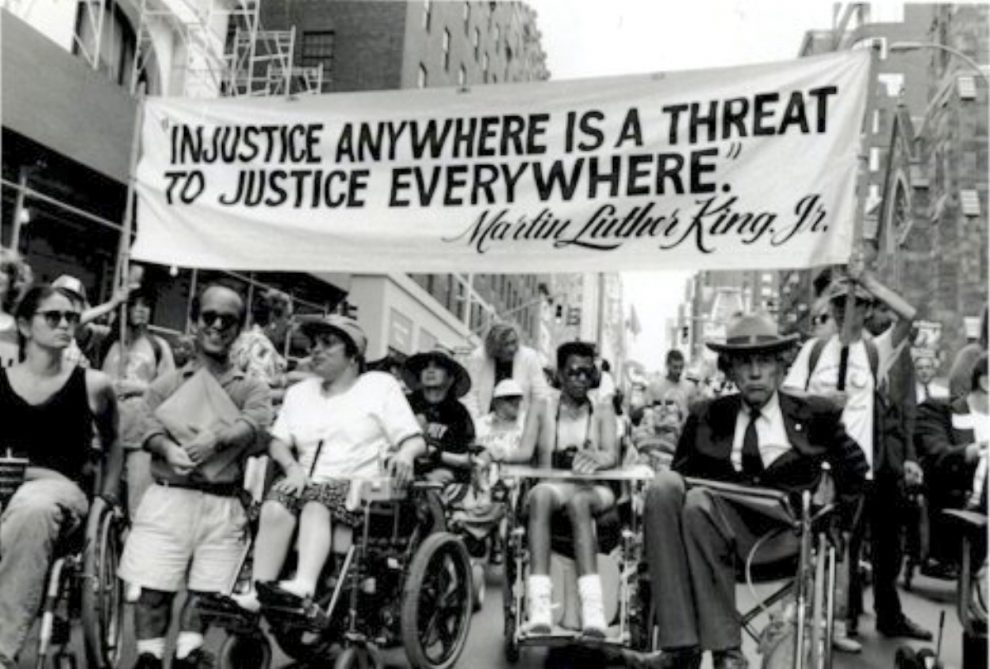 In 1970 as an amendment to Elementary and Secondary Education Act (ESEA, 1965), the federal government enacted the Gifted and Talented Education Assistance Act (GTEA, 1970). The GTEA (1970) authorized federal support for gifted, talented, and learning disabled children and youth, becoming officially known as Public Law 91-230.

It, too, was another, major piece of legislation protecting the educational rights of a new and different kind of special education student: the gifted and talented. This broadened the definition of children with disabilities.

Programs for the gifted and talented were first implemented in the late 1950s, dismissed in the 1960s, and resumed again in the early 1970s with the enactment of GTEA (1970). Fiery disputes continuously arose about what criteria was to be used to determine whether a student could be identified as a gifted and talented student, providing him/her with eligibility for special education services.

One of the most pressing questions was this: Was a live, physical performance and/or demonstration going to be a procedural requirement for students? In 1978, the U.S. Department of Education finally adopted this definition of a gifted and talented student:

“Gifted and talented means children, and whenever applicable, youth, who are and give evidence of high performance capability in areas such as intellectual, creative, specific academic, or leadership ability, or in the performing and visual arts, and who by reason thereof require services or activities not ordinarily provided by the school” (Congressional Record, 1978). The federal definition helped resolve what qualifies a student for consideration as gifted and talented; however, in years after that, most states developed their own definitions and criteria for acceptance.

By 1970, by way of two amendments in 1966 and 1970, not only was special education on-the-books, but remarkably, the definition of special education was widened to include and justifiably accommodate students identified as gifted, talented, and learning disabled. All this happened in just four years, 1966-1970, as the special education movement continued to mushroom in national importance.

For parents and advocacy groups for children with disabilities, the journey was far from over because they believed there was much more to accomplish. They were right, and they were resilient; the special education movement was hot and had hit its stride.

The suit ruled in favor of PARC, forcing Pennsylvania Public Schools to provide a free, public education to children with mental retardation between the ages of six and 21. The next year, in 1972, a class action suit was filed in federal court against the District of Columbia’s Board of Education by parents of all out-of-school children with disabilities.

The suit became known as Mills v. Board of Education (1972). The parents won again, ordering the District of Columbia’s Board of Education to provide children with disabilities a public-supported education.  These high-powered precedents affirmed the importance of Brown (1954): This landmark case became a significant part of the winning formula for parents, emphasizing the “equal protection clause” as its constitutional defense.

The momentum of the PARC (1971) and Mills (1972) decisions eliminated any doubts that special education programming was now a reality and mandated in public schools throughout America. Advocates believed more in the courts needed to be accomplished for students with disabilities.

Even with PARC (1971) and Mills (1972) decisions as legal ammunition, public organizations and schools kept ignoring and defying the rulings, practicing exclusionary and discriminatory practices toward children and adults with disabilities.

The defiant school systems that ignored the ESEA Amendments of 1966 and 1970 and the PARC (1971) and Mills (1972) rulings were relatively few in number but still too many for parents and advocates to continue to tolerate. A year after Mills (1972), Section 504 of the Rehabilitation Act of 1973 was signed into law by President Richard M. Nixon, outlawing discrimination against a person with disabilities by any agency receiving federal funds.

Senator Hubert H. Humphrey, author of Section 504 of the VR Act (1973), called for a timely, much-needed, monumental law of access for students and adults with disabilities, writing:

“Section 504 is the civil rights declaration of the handicapped. These Americans have identified Section 504 with access to vital public services, such as education…it is a key too, and a symbol of, their entry as full participants in the mainstream of national life” (Congressional Record, 1977).

The enactment of Section 504 (1973) signaled an official, watershed moment issued to the non-complying mavericks out there in governmental/educational agencies challenging the participatory rights of children and adults with disabilities. Many saw it as an extension of the Civil Rights Act (1964), but now, children and adults with disabilities had their own, distinct law to help extinguish all traces of discrimination toward them forever.

Education for All Handicapped Children Act (1975)

The parents and advocacy groups had accomplished so much in 19 years, starting with Brown (1954) and culminating with Section 504 (1973). That was very good for the disabilities movement, but they were not satisfied and the mission was still incomplete – they were determined to reach the pinnacle, achieving an education law for children with disabilities.

It would bring a rightful finality to a long, arduous journey. Then, two years later, the dream would become reality with the signing of the Education for All Handicapped Children Act (EAHCA or EHA, 1975) into law by President Gerald Ford on November 29, 1975.

Senator Harrison Williams, author of the EHA (1975), affirmed: “The failure to provide an education which meets the needs of a single handicapped child, or refusal to recognize the handicapped child’s right to grow – is a travesty of justice and a denial of equal protection under the law” (Congressional Record, 1974).

The EHA (1975) required that identified students with disabilities now had to the right to five, key procedures in assessing and determining their educational placement: 1) nondiscriminatory testing, evaluation, and placement procedures, 2) educating in the least restrictive environment, 3) due process, 4) a free education, and 5) an appropriate education delineated in an individual education plan (IEP).

These new procedures put in place for students with disabilities were unprecedented and remarkable achievements, considering the treacherous and unjust history of the special education and disabilities movement. EHA (1975) now ensured a free and appropriate education blueprinted in the child’s IEP.

Mitchell L. Yell, David Rogers, and Elisabeth Lodge Rogers (1998), education authors, expound on the robust significance of the EHA (1975): “The Individualized Education Program (IEP) was the centerpiece of the EHA. The goals and objectives of the student’s program as well as the educational placement, the length of the school year, and evaluation and measurement criteria are developed in the IEP process are contained in the document.

An IEP must be developed for each student in special education.” The EHA (1975), that is the education law for student with disabilities, had finally arrived. To thousands, the EHA (1975) came too late and was long overdue. “Better late than never.”

A free and appropriate education, by means of the IEP process, was now a staple in the American, educational frontier for all-time; almost equally as important, EHA (1975) spurred federal funding to states to allocate to local governments to ensure inclusion and accommodation of all students with disabilities.

For parents and advocacy groups, it was a time for rejoicing and reflecting on a monumental, legislative and legal achievement for children with disabilities; they unequivocally earned it the hard way.

The pinnacle was reached at last: The mission that was once thought to be wishful and untenable was miraculously transformed and realized into federal law.

As a positive result, the educational opportunities soon became unlimited for children with disabilities, and the mission was now complete. The nationwide, collective efforts of parents, advocates, and community groups working and lobbying resiliently for children with disabilities during the 1950s, 1960s, and 1970s dismantled, piece-by-piece, the impenetrable barriers in the courts, making it happen.

They, the parents, had achieved what once was thought to be unimaginable and even impossible to virtually all: Mountains were literally moved by persistent, passionate parents who would not settle for anything less.

Education for Handicapped of All Children Act, Congressional Record (1974).