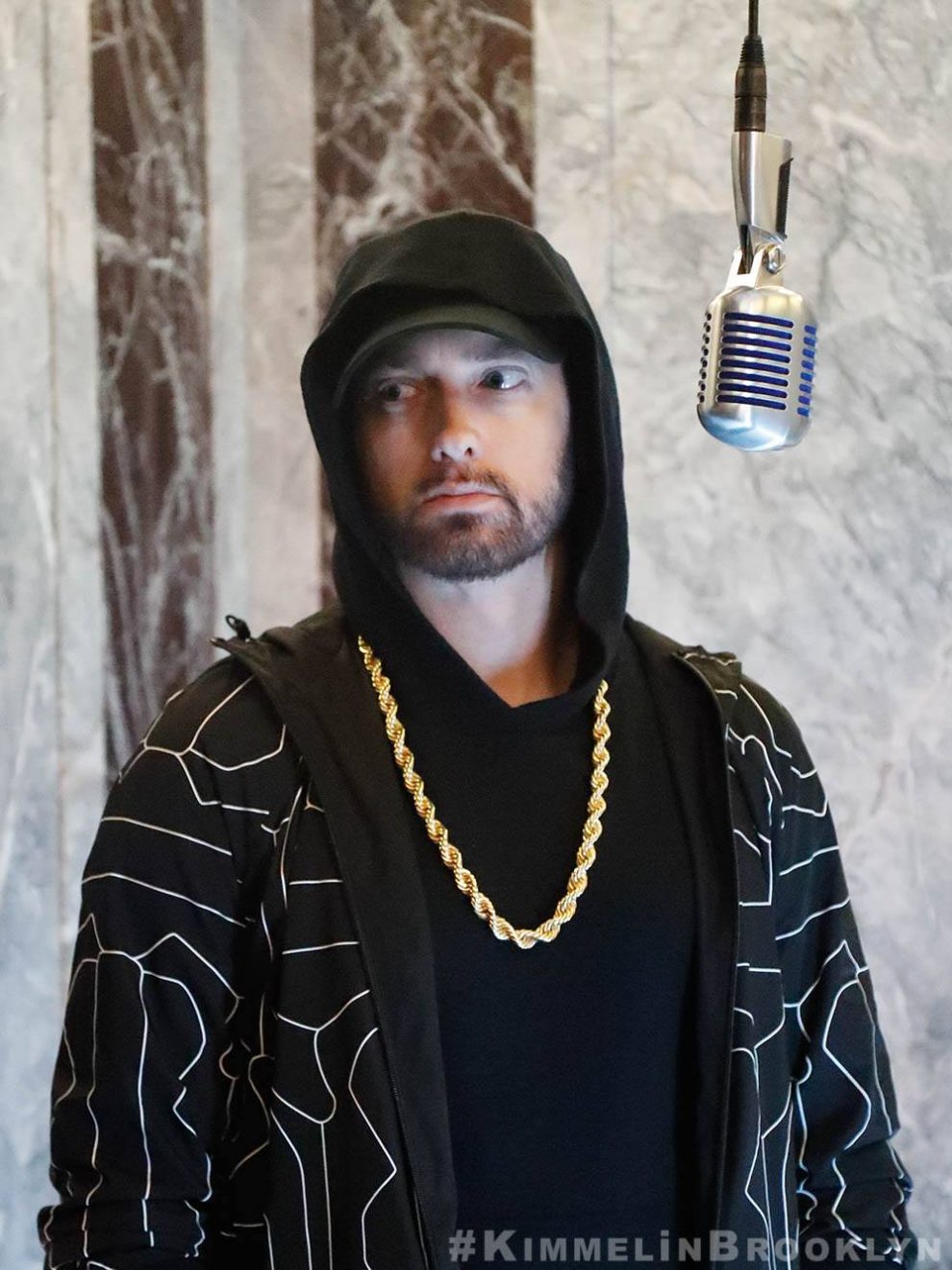 Eminem surprise-dropped a new album last week, Music to Be Murdered By, which seems to be inspired by Alfred Hitchcock. In a nod to the fright master film director Alfred Hitchcock, Eminem created a 20 second video for Twitter that introduces the new album by copying the famous Hitchcock introduction to his weekly television show “Alfred Hitchcock Presents” which ran from 1955 to 1962. The Twitter video was introduced with the words “These bars are only meant for the sharpest knives in the drawer.”

The single “Darkness” from the album starts out as a hip hop version of one of those tormented-rock-star-on-the-road songs. It’s Eminem in a Las Vegas hotel room drinking and doing Valiums and Benzos while rapping about loneliness and panic over a show he’s about to perform at. Somehow Eminem is replaced towards the end of the song with an old guy shooting an assault weapon from the window of the Las Vegas hotel in a kind of replay of Stephen Paddock killing 58 people and wounding almost 500 attending a Vegas country music concert. That is followed by newscasts of several mass shootings and a message fades onto the screen asking “When will this end?” It’s probably well timed considering the huge guns right march that just happened in Virginia. Glad to see a rapper coming out agains guns, particularly Eminem who has had so many violent song lyrics. Not sure why the lonely hip hop artist was the lead in to the message, but then art often leaves a lot of questions behind.

A Twitter user named #Shadyino pointed that on the song Godzilla “#Eminem spits 229 words (containing 339 syllables) in 30 seconds . He raps 11.3 syllables per second. Out-performs ‘Majesty’ and “Rap God” on this verse in rapping speed by 1.0 and 1.7 syllables per second respectively. That’s a new world record!” We posted “Godzilla” below and you can hear the amazing stream of words around the 2.57 second mark.