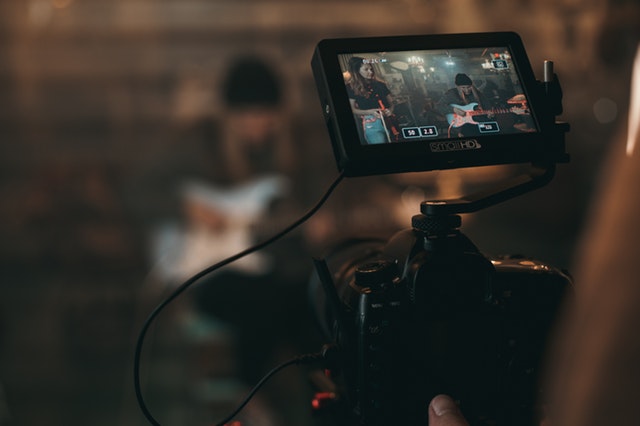 A Fly on the Wall

Documentary filmmaking has found a new life in the modern age thanks to accessible and affordable video technology.

Even online vlogs share certain traits with documentaries: the attempt to show life as it really is, as it happens.

On the professional side, big-name documentaries have found their way back into the public conversation through streaming services and compelling subject matter.

But while documentaries are gaining popularity, the behind-the-scenes aspect of this flexible category hasn’t received much attention.

Filmmaker Retsu Motoyoshi originally didn’t have plans to make documentary films when he set out for film school, but he quickly found himself attracted to the genre.

“I came to the United States to study narrative filmmaking, not documentaries. I always liked watching documentaries but never intended to make them myself. While I was in college, I was exposed to some fantastic documentary films, and soon after I wanted to make some of my own.”

Motoyoshi has lent his deft eye as a documentarian toa number of documentaries (both short- and long-form), including ‘3 Years Past,’ ‘Gun Owners in America,’ ‘Hamasaku’s Sushi Chef Celebrates His Birthday in LA,’ (a short for Munchies, a Vice property), and ‘Herb & Dorothy 50X50.’

While Motoyoshi would never limit himself to documentary filmmaking (he has also directed narrative pieces and music videos), he acknowledges the special power docs can have when executed well.

Motoyoshi led us through his experiences in documentary filmmaking, discussing both the conceptual and technical sides of this unique medium.

Whether you’re a film student or just a movie buff, we hope you’ll join us for this compelling exploration of documentary filmmaking and the ways in which movies have an impact on our lives.

When it comes to which movies audiences respond to, there’s a bit of a rivalry between narrative features (any fictional story or fictional adaptation of a true story) and documentary features.

As we mentioned above, a select few outstanding documentaries have found very wide audiences, many of them long after their theatrical runs were concluded.

Neither format is just plain better than the other. Like many artistic forms, each one has its own set of advantages and strengths.

This is why we were especially curious to hear why Motoyoshi, who has worked in both varieties, was drawn toward docs.

As he described it, each one involves a very different approach, both in terms of preparation and production. In the end, documentary filmmaking was appealing because it felt more spontaneous. We’ll be talking more about that spontaneity in a bit.

“When making a narrative work, I like to have a lot of rehearsals before production. When shooting documentary, I prefer to start without too much preparation. When making a documentary piece, preconceptions prevent me from seeing and hearing what’s happening in front of the camera. The most interesting part of making documentary films is to find and expose the aspects that I didn’t expect.”

This approach involves a lot of letting go. Many filmmakers prefer to be in full control (Kubrick remains the go-to example of a tyrannical director who wanted to be in control of every little detail at all times).

What Motoyoshi brings to light here is just how wonderful things can turn out when the filmmaker steps back a bit and lets everything play out with a minimum of interference.

In a way, it hearkens back to the concept of journalistic objectivity, the idea that the end results will be most truthful if the creator remains a fly on the wall.

But coming from a background of narrative film, Motoyoshi’s switch was no doubt a challenging one. Still, it’s an approach that deserves a closer look.

To paraphrase Villeneuve, one of the most compelling aspects of documentary filmmaking is that life seems to organize itself in front of the camera. The job of the filmmaker is to let those moments happen.

This aligns very closely with Motoyoshi’s approach to documentary filmmaking. Most of the preparation involves choosing your subject and being ready to capture whatever happens next.

Motoyoshi explained that while narrative live-action filmmaking has to deal with a huge number of unexpected problems and challenges, documentaries thrive on those unexpected moments. In some cases, those moments are in fact the best parts.

By way of example, Motoyoshi talked about one of his documentary projects in which he featured minor-league baseball players in Arizona. He planned to interview two players in the home where they were staying.

“One of them couldn’t wake up one time, having been playing until late the night before. The other tried to wake him up, unsuccessfully. I thought this scene told a lot about their friendship and daily life. We couldn’t have planned this scene. It’s not easy to capture these spontaneous moments, but that’s what I always try to do on set.” 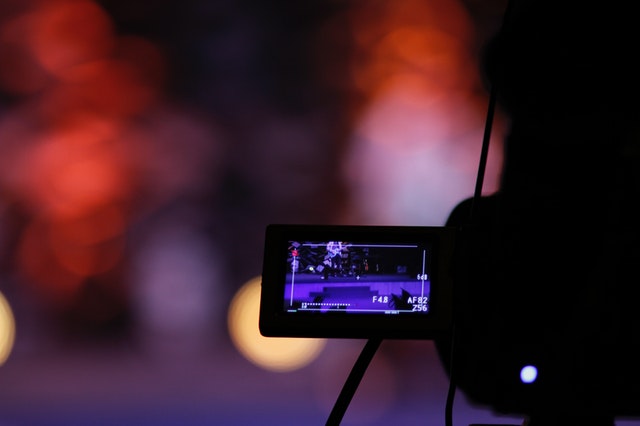 One small misunderstanding that this spontaneous approach tends to create is that documentary filmmaking must be easy. For some, it may seem like all you need to do is set up a camera and let it sit.

This just isn’t true. The scene Motoyoshi described is the perfect example of how documentary filmmakers still need to do their due diligence. They need to be involved in every step of the process.

Good docs are a combination of skill and chance. If you don’t put in the work and have a good crew, you’re not going to capture the truly compelling moments.

For many general audience members, the term documentary probably conjures thoughts of shaky-cam footage, which itself was mimicked in mock-doc movies and shows like ‘Spinal Tap,’ ‘The Office,’ and ‘Parks and Recreation.’

This style is certainly a big part of many famous documentaries, but capturing doc footage and sound is much, much harder than it looks.

While narrative film crews often get to film in a controlled environment with plenty of time to set up each shot, doc crews very often use a run-and-gun shooting style. Once a moment is gone, it’s gone. You have one chance to record it.

That said, let’s take a look at some technical aspects of documentary filmmaking and how they affect the finished product.

Capturing quality cinematography can be a special challenge for doc crews, as Motoyoshi explained.

“In documentaries, the best moments tend to occur when you stop filming, so you really have to pay close attention. Also, when rolling the camera, we also have to pay attention to what’s happening outside the frame. I think documentary cinematography requires a lot of attentiveness.”

When doc cinematography is done well, audiences don’t tend to notice the effort that went into a particular shot. Chances are each shot was quite difficult.

For those interested in the behind-the-scenes aspects of documentaries in general, the 2016 film ‘Cameraperson’ consists entirely of off-cuts and personal footage captured by longtime documentary filmmaker Kirsten Johnson.

It’s an interesting, albeit limited, look at what documentary filmmakers have to go through to get fantastic footage.

As Motoyoshi mentioned, it requires much more than looking down the viewfinder. It’s often about being aware of absolutely everything around you at once, deciding what should be captured.

Working with Your Crew

Perhaps most importantly, deciding who you’ll include in your crew can be one of the most important decisions you make as a documentary filmmaker.

Skill is key, of course. You want to know that each person knows exactly what they need to be doing and how to do it. But filmmaking is a very human process, both in front of and behind the camera.

Motoyoshi believes very strongly that being kind and compassionate toward your crew members creates an environment of trust, which in turn helps boost the quality of the project.

“Making a film requires collaboration between every department, and nothing goes smoothly if you’re not comfortable with your crew. I always welcome ideas and advice from members of the crew I trust. Working in the US, I’ve learned that working with a smile can help make for a better movie.”

When everyone respects everyone else, subjects included, a documentary has a better chance of feeling truthful and genuine.

As we’ve already discussed, creating a documentary can be difficult, and you want your crew to be on-board the whole way along. Yes, it’s tough, but it’s much better with a team.

We hope that you’ve learned a bit more about documentary filmmaking as a whole and the immense amounts of work that go into creating a movie that comes off as effortless and skillful.

If you’d like to learn more about Motoyoshi’s work, feel free to visit his website. If we piqued your interest in popular docs, check your favorite streaming service for documentaries you’ve heard of and many more that you haven’t.

You’ll find many, regardless of where you look, and each movie has its own story to tell. Give it a few minutes of your time and see if it’s a story that speaks to you.