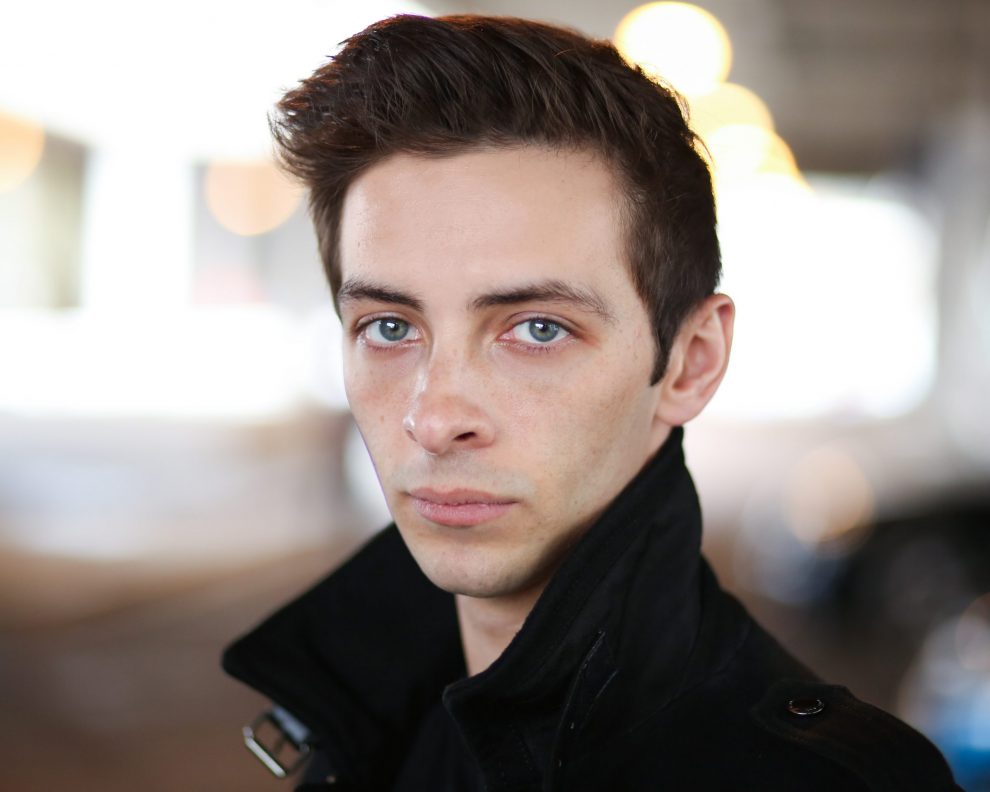 While speaking with actor Zachary Street recently, he told us a story. It was one that reached back to the very moment when his interest in performance became so strong that he couldn’t ignore it anymore.

Street was a teenager at the time, and working as a tech on a school production. His brother, who had already been cast as the lead antagonist in the production, unexpectedly got sick during the days leading up to opening night.

“I was the only one that knew his lines and I was asked to play his part. Once I was on stage, I was intoxicated by the feeling of inhabiting the character and being connected to the audience. I was electrified by knowing that I was reaching people and that they were moved and affected by my storytelling, my character, and my performance.”

This was a turning point, if not for Street’s career as an actor, then certainly a turning point for his confidence as a performer. It made him aware of the intricate joys of performing.

Here at Artvoice, we’re interested in moments like these. It’s easy enough to take a look at where an artist is now and where they started, but that space in between, that space where all the work and development took place, rarely has its time in the spotlight.

During the next few minutes, we’ll be looking at several other key moments in Street’s career that led to his success. Now that he’s taken on prominent and challenging roles in stage and screen productions, how does he feel about those moments?

Join us for a brief survey of how one talented performer found his footing in a demanding industry.

The entertainment we connect with at a young age can leave a lasting impact on our tastes for years to come, and for performers, these earliest influences can be especially important.

So what was Street watching when he was young, and how did that frame his ideas about performance and artistry in general?

“There was a VHS tape of Laurel and Hardy shorts that my godfather gave me after he caught me staying home “sick” from school to watch silent films. I watched that tape from my early childhood until I left for college. I’d become absorbed, studying their comic timing and imitating their every move. In a sense, they were my teachers, as was Buster Keaton, Charlie Chaplin, Harold Lloyd, and the other greats of the silent film era.”

While many children his age focused on Disney movies for repeat viewings, Street was taking in performances from a different time, when movies were still very closely tied to vaudeville and live theater shows.

The full impact this had on Street’s understanding of performance and the joy it can bring will become clear later in the discussion, but for now, we’ll say that these legendary performers became a consistent source of inspiration and artistic influence.

When Street’s attention turned to more contemporary films, cult hit ‘Donnie Darko’ became a staple that was rewatched time and time again. In particular, the ending sequence of the movie featured a performance from lead Jake Gyllenhaal that shed light on the power of subtlety, even within movies that grapple with highly abstract and profound concepts.

“Whereas other actors might have chosen to play the role more broadly, Gyllenhaal was a walking exposed nerve in that film, yet he let his feelings simmer just under the surface. It was a huge influence on my acting style because I understood that in certain circumstances I could be more truthful in my portrayal of a character if I utilized restraint to convey raw emotion.”

This also presents an interesting contrast to the silent-era heroes of Street’s childhood, whose performances were often heightened. This exaggerated style was both a comedic choice as well as a practical decision necessitated by the format of silent films.

Contemporary acting that placed an emphasis on subtlety and restraint never felt objectively better or worse than silent film techniques, but it did resonate with Street and forced him to reflect on the many ways an actor can approach a dramatic role.

For creatives, a sense of community and access to opportunities for collaboration can be highly motivating. But many artists, especially when they’re just starting out, rarely have access to these conditions.

But Street’s first encounter with a large community of performers definitely constitutes another one of the important moments of his artistic career.

Having been raised in a small coastal town in the UK, Street was used to being one of few people who had a strong desire to perform professionally. When he left for college, things changed very quickly.

“It wasn’t until I enrolled in Canterbury College in my late teens that I was able to fully immerse myself in the performing arts. I was able to see, write, and perform theater on a regular basis. We created our own stage shows from the ground up.”

This environment sparked creativity as well as guiding Street through many different aspects of production, including set design, costuming, writing, and direction.

It was a chance to see an idea be developed over time, integrating suggestions along the way and working its way toward execution.

In a time when so many performers specialize early and close themselves off to the other sides of production, Street’s college experience contributed to the very active performance approach that he would use during professional productions in the years to come.

All performers are bound to come up against a role that will challenge them creatively and emotionally. The way in which these roles are handled says a lot about their professional integrity and their overall approach to research.

For Street, the role was that of Adam Trainsmith, the protagonist of Alan Ayckbourn’s romantic comedy, ‘Comic Potential.’

It’s a futuristic story of a young comedy writer who finds himself smitten with an actress in a soap opera, one who happens to be an artificial lifeform, an android.

A bug in the android’s programming forces her to be comedic, rather than the melodramatic performer she’s supposed to be.

As you may imagine based on the premise, the piece has a lot to say about complex human relationships and the act of performing.

Being cast as Adam Trainsmith wasn’t intimidating so much as exciting for Street. He knew it would take a great deal of preparation, but he was eager to sink his teeth in, and thanks to the popularity of the play’s themes across other pieces of media, his work was cut out for him.

“I read articles on cognitive robotics and watched films like ‘Blade Runner’, ‘A.I.’, and ‘Ghost In The Shell’ to educate myself on how the line between humanity and artificial intelligence could become blurred. I also used my study of silent film comedies to bring life to Adam’s job as a comedy writer. It was challenging but massively gratifying because of the investment I made in preparation and research.”

In roles like these, it’s important for the performer to ask questions that the audience may never ask. By fully inhabiting a character, the performance feels real the whole way through. 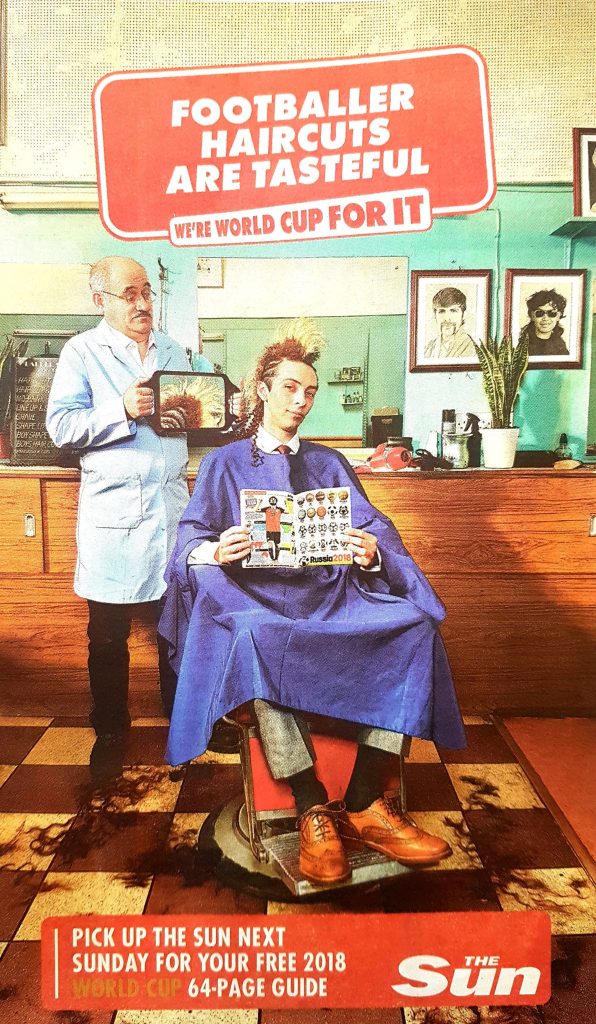 We closed out our conversation with Street by asking how he would describe his performance style.

After all these turning points, where has he landed? After finding success, what does he strive for when he starts work on a new project?

Street describes his style as clowning, and despite this term’s comedic ties, it’s actually much more about versatility.

“I can manipulate my body and distort my face to slip into very different looks by finding the core physical aspects of that particular character. A clowning actor doesn’t need to rely on wardrobe or prosthetics to achieve a wildly varied appearance from one role to the next.”

This malleability is the culmination of Street’s years of experience and the many moments that shaped his outlook as an actor: versatility between roles and total commitment once he’s settled into a role.

This ability to change certainly reflects influence from the silent film greats, but it also makes use of the subtle approach that Street picked up from contemporary films like ‘Donnie Darko.’

His dedication to research is well-practiced, and he’s learned from past roles that dedicating himself fully to particular performance results in genuine feeling and a connection with the audience.

We hope that by highlighting the major moments that shaped Zachary Street’s acting career we’ve brought some visibility to the in-between steps, the formative experiences that led to a lifelong love of performance.

No one is born with incredible acting skills. The most talented performers have dedicated years of their lives to their craft, all to create emotionally engaging experiences for the audience.

The next time you see an impressive performance, whether it’s on the big screen or on the stage, remember that each cast member is bringing a lifetime of experience to the work. Great acting isn’t magic, it’s the result of dedication and hard work.