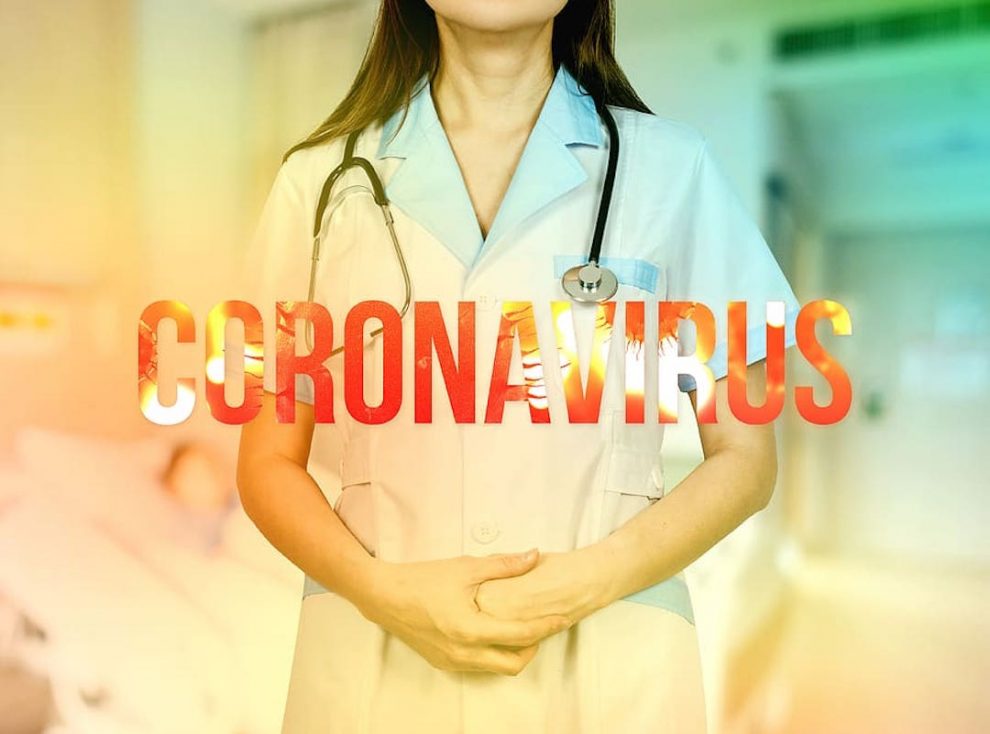 The charge is criminal negligence. Criminal Negligence exists as follows:  “Everyone is criminally negligent who in doing anything, or in omitting to do anything that it is his duty to do, shows wanton or reckless disregard for the lives or safety of other persons.”

Failure to defend the lives of the people against a known and foreseeable pandemic enemy such as COVID-19 (also known as SARS-2), arguably supports such a charge.

As others have noted, we have an alien invasion by an enemy, as scientists have expected and tried to warn about.

MERS, also a coronavirus, invaded in 2012 and again, a pandemic was averted by early action by the medical professionals. No Americans died, thanks to early, swift action by health care professionals unfettered by inexpert politicians.

The emergence of a mutant strain of some virus, given the rapid mutation rate of viruses, becomes a veritable certainty over time. Even the Netflix documentary “Pandemic” demonstrates the widely known existence of the threat.

The government exists to defend the lives of the people.  That is its core function.  The dereliction of duty by those entrusted with such defense is manifest.  The indictment of the government’s failure to prepare to defend the people from viral pandemic is bipartisan.  The failure to prepare a competent defense, to commit the money to preparation, to education for health care professionals unburdened by debt, the provision of science education and promotion of science learning in the schools, and proper equipping of hospitals, while increasing budgets for war and weapons of mass destruction, including biological weapons is decades long, and now is revealed in all its failure.  You cannot bomb a virus. All our great weapons leave us toothless against disease.

Certainly, the current Congress and administration arguably bear criminal responsibility for their neglect if not intentional destruction of the Nation’s defense against Pandemic.

In 2017, a Trump transition team attended briefing on dealing with a pandemic much like COVID-19.  A week before President Trump’s inauguration in January 2017, some of Mr. Trump’s top advisors met with members of the outgoing Obama administration where they were briefed on a scenario much like the current COVID-19 coronavirus pandemic, Politico reports.

Commerce Secretary Wilbur Ross, former White House Press Secretary Sean Spicer and incoming Energy Secretary, former Texas Gov. Rick Perry, were reported to be in attendance.  Mr. Perry, in his role as Energy Secretary, would soon be in charge of the nation’s nuclear weapons, a position which should have caused him to concern himself with pandemics as same would follow in the event of nuclear war arising from the resultant mass death and destruction, perfect pandemic breeding grounds.  “The point of the briefing was to show the gravity of situations a president can face and reinforce the president’s responsibility to protect Americans,” according to the report in Politico.  However, the briefing apparently had little to no effect on the incoming administration.

In May 2018, President Donald Trump’s biodefense preparedness adviser, Luciana Borio, director of medical and biodefense preparedness at the National Security Council, warned that a flu pandemic was the country’s No. 1 health security threat, and the U.S. was not prepared.  “We know that it cannot be stopped at the border,” Borio, said at a symposium that day.

Borio left the Trump administration in 2019. Other high-level global health experts headed for the exits even earlier, after the White House dismantled the National Security Council’s global health security office, setting up the US as a defenseless target for inevitable viral invasions, as we now see.

Trump chose John Bolton to lead the National Security Council in April 2018. A month later, Bolton nixed the pandemic preparedness office supposedly in an effort to streamline the agency.  “Claims that streamlining NSC structures impaired our nation’s bio defense are false,” Bolton tweeted Saturday according to a report in USA Today, dated March 18, 2020.

Disrespecting Mr. Bolton’s inexpert biologic opinion, the enemy seems to be invading with great success and rapidity consistent with the predictions of multiple scientists and public health entities for years, decades, even a century, if one includes the lessons learned from the Spanish Flu of 1918.  Although repelling and defeating the current viral invasion is now job one, the burden of accountability will fall upon the people who failed to prepare when, and if, it is successfully overcome.

The already bungled response has allowed the highly contagious while asymptomatic COVID-19 to get a significant foothold among the people.  Those entrusted with the defense of the lives of the people, having expended the nation’s treasure on wars abroad while neglecting defense at home, ought to be investigated and, if negligent, held responsible.

The people must now begin to clamor for recognition by their government that the true enemy of all humankind is death and disease, and demand the government of the future fund science, education, public health and international cooperation which alone can successfully fight the war on death.

The petty squabbles and regional wars now being raged in many countries across the globe by the US Defense Department are revealed by the Invasion of one of the Four Horsemen of the Apocalypse to be nothing but infantile diversions of resources.  And the people should recognize the true heroes of this nation:  the doctors, nurses, the medical students, student nurses and scientists who are on the front line in the battle with death.

Thank them for their service, excuse their student loans, and pay them a decent wage, give them health coverage, many will need it—as they are sure to be infected, sacrificing themselves to save others.

The time is over for the dangerous and juvenile view that the threat is other humans. Clearly our most dangerous enemies are microbial and our defenses weak at best.  We Americans must pull together now to defeat this enemy.  We must learn the lesson of where the true danger lies.

And once that is accomplished, we must hold responsible any whose neglect of their duty contributed to this assault, and ensure future governments dedicate sufficient resources to public health and science to defend the lives of the people. We may not be as “lucky” next time.