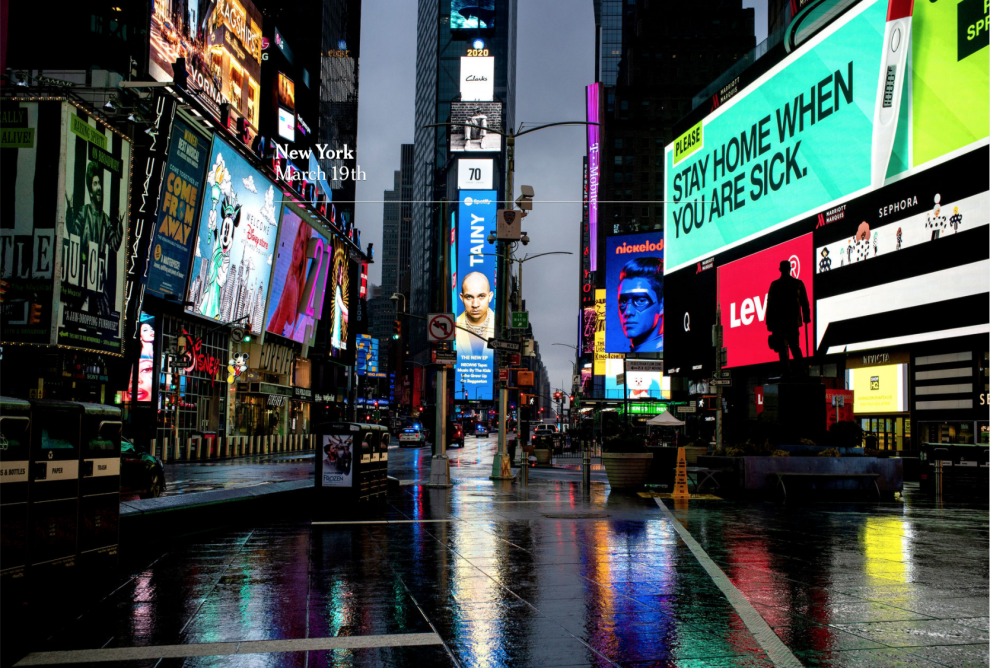 DURING THE 1950S, New York’s Museum of Modern Art organized a famous photo exhibition called “The Family of Man.” In the wake of a world war, the show, chockablock with pictures of people, celebrated humanity’s cacophony, resilience and common bond.

Today a different global calamity has made scarcity the necessary condition of humanity’s survival. Cafes along the Navigli in Milan hunker behind shutters along with the Milanese who used to sip aperos beside the canal. Times Square is a ghost town, as are the City of London and the Place de la Concorde in Paris during what used to be the morning rush.

Click here to post a comment
The U.S. is reporting over 41,000 cases with more than 500 deaths. Monday was the first day the U.S. reported more than 100 deaths in a single day.
There are 23 new Covid-19 cases in Erie County, bringing the county’s total to 87