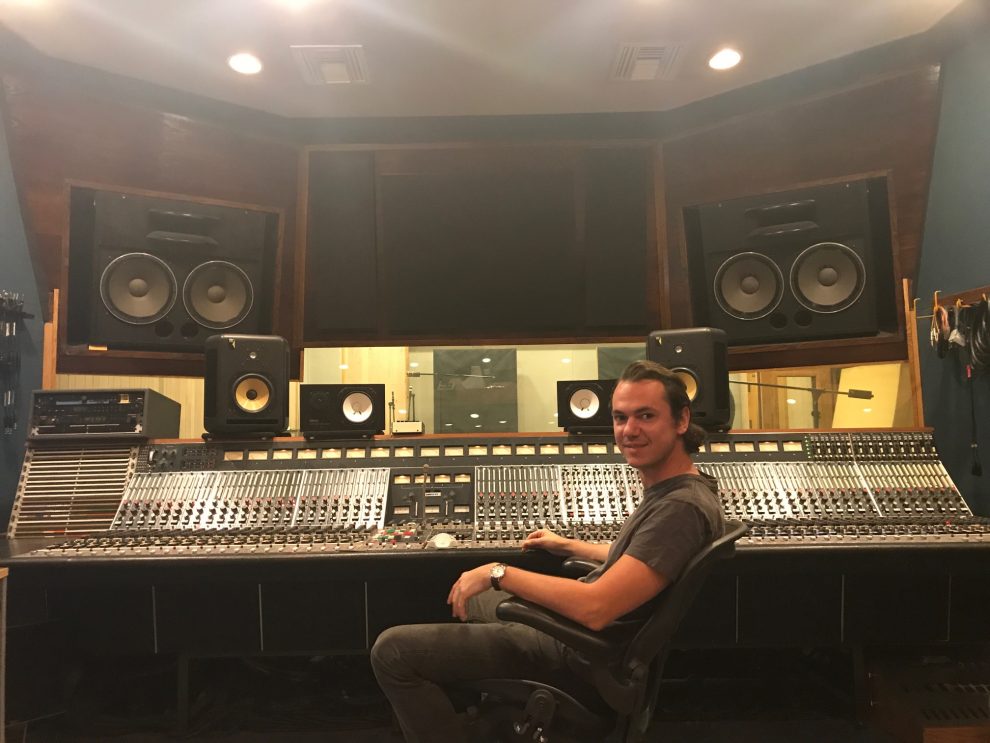 His work in the United States has spanned freelance composition, mastering, as well as his own songwriting efforts. Sicouri has also served as Composer and Mastering Engineer for the MPATH music library.

While speaking with Sicouri, it becomes clear that he loves to eat, sleep, and breathe music, always looking for the next big idea or dedicating his days to the exploration of sound and recording techniques.

Sicouri has worked with industry titans like Michael Levine (Cold Case, Resident Evil, Children of War) and Geoff Zanelli (Pirates of the Caribbean: Dead Men Tell No Tales, Christopher Robin, Maleficent: Mistress of Evil). In the process, he’s built up his own reputation within the entertainment industry.

Our interview with Sicouri covered some of the highlights of his career, his songwriting background, and the ever-changing shape of film music. You can read the full interview below.

What came first for you, playing physical instruments or working with DAWs?

Playing instruments. I started playing piano when I was ten in Paris, my hometown. I was obsessed with playing classical music and wanted to become a professional piano player. I later discovered rock bands which became a new passion and led to me learning how to play guitar.

Were your first compositions in the style of film scores or did you start out with more traditional songwriting efforts?

After I learned how to play guitar, I started writing songs pretty quickly. Learning how to play guitar was more about being able to write rock songs than learning guitar technique. I started playing in bands, switching from the keys to the guitar and I eventually started singing as well.

What was your first music industry job that felt like a major step forward for your career?

An internship at Michael Levine’s studio. After graduating from Berklee in Boston, I came to Los Angeles to start working in the film music industry. I started interning at Michael’s studio who became my mentor. It was a great experience and Michael and his team taught me so much. I was beyond excited to be working for such a successful film composer, trying to help him in any way I could. I later started working for Michael as a composer and arranger and a mastering sound engineer for his music library MPATH.

How much time do you usually have to devote to personal musical projects outside of your work?

It varies depending on what projects we work on at my job. I work for Geoff Zanelli as a technical score engineer. I make sure to always be free to help him with whatever he needs. When I get free time, I’ll use it for other music projects which go from composing to recording, mixing, and mastering. My life is all about music.

Do you have a group of score composers who inspired you to pursue a career in composition?

My first introduction to film music was The Lion King, a beautiful score by Hans Zimmer, for which he won an Oscar. I had the tape as a kid which I would play over and over. As it turns out, I had the chance to go to the recording session of the new live-action Lion King score last year, which was still composed by Hans Zimmer. The way he revisited the old score was really amazing. Another composer that I discovered as a child and I’m still a fan of is Danny Elfman. His magical touch and collaboration with Tim Burton is something that always inspired me, whether it was for orchestral music or songwriting.

Over the last fifteen years, there has been a significant rise in more electronic-oriented scores rather than traditional orchestration. Do you feel this will lead to a permanent change in popular scores or will orchestration remain integral?

I think scores, popular or not, will keep evolving with no boundaries in the way they are written, arranged, and recorded. What’s great in film music is that you constantly try to explore new territories and experiment. This, of course, includes the evolution of electronic music, synths, sampling, etc. But it also includes the evolution of organic music and experimentation with old instruments. Anything is allowed to reinforce the story of a film and sometimes the answer is something really not expected.

What excites you most about the recording and mastering process?

The sound of music. As simple as this may sound, the connection between the composition and the way it gets “printed” on a format for us to listen to is fascinating and so powerful these days. The more modern it gets, the less there is a bridge between the creative and the production side of music. Composers are now composers and also producers. Sound engineering and mastering a piece is a beautiful final step of this whole collaborative work. There is that great sense of putting the final touches on, the cherry on the cake.

Do you have any upcoming projects that you’d like to tell us more about?

I am currently working on the music of FATALE for Geoff Zanelli. It’s an upcoming psychological thriller with Hilary Swank, directed by Deon Taylor. The film has a beautifully twisted story, mixing dark relations and crimes. Working with Deon was fantastic. He not only allowed, but even pushed us to really explore “unsafe” ideas in order to amplify the deranged aspect of the story. It’s coming out in June 2020! Go see it!