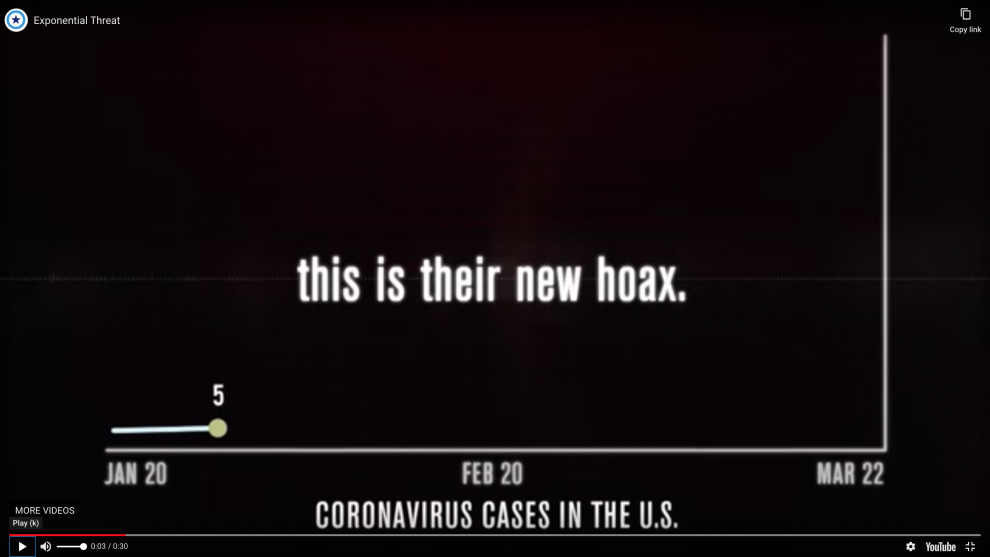 The Trump re-election campaign told TV stations they could lose their operating licenses for airing an ad criticizing the president’s actions in the coronavirus crisis.

Failure to remove the ad “could put your station’s license in jeopardy” before the Federal Communications Commission, the campaign said in the letter. “Your station has an obligation to cease and desist from airing it immediately to comply with FCC licensing requirements.”

Trump has an antagonistic relation with much of the media, which he accuses of issuing what he calls “fake news.” But the president has been accused by some news outlets of making misleading statements and telling lies, including regarding the coronavirus.

Conservative Christian Pastor who Called Covid-19 Mass Hysteria by Media is One of the First in Virginia to Die of Covid-19
Frontline NY Nurses Lack Protective Masks & Ventilators, Say Worst Yet to Come as COVID-19 Spreads