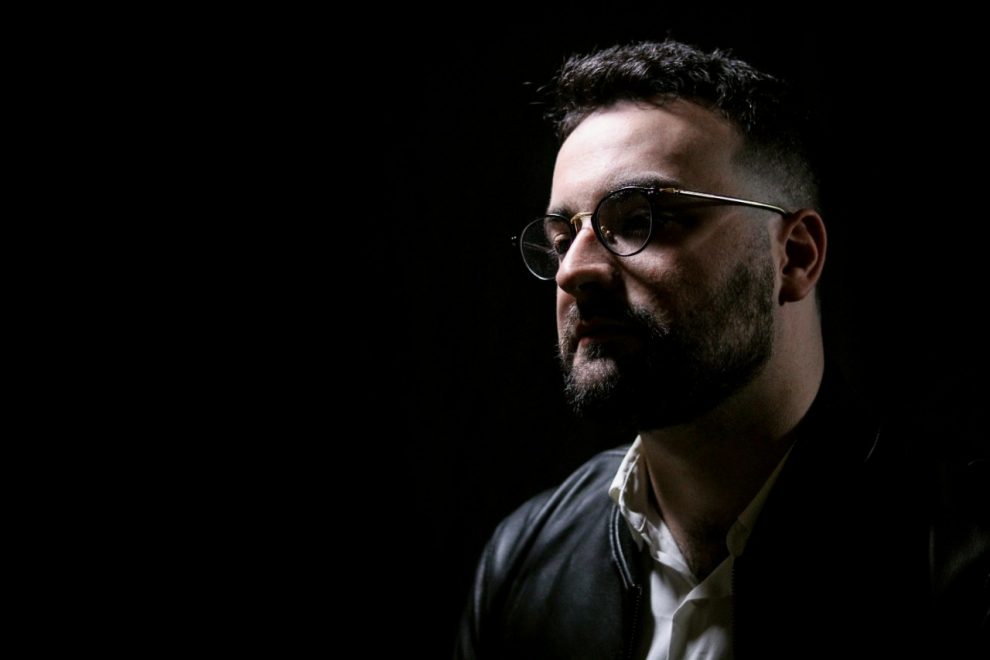 It’s no small feat to become an expert-level professional musician, but Gervais Maillard has done just that.

Having spent years playing piano and electric bass, Maillard has established himself as a successful composer and producer.

Always looking for new and exciting projects, Maillard has a special talent for collaborating with other artists, from his band People the Kangaroo to his recent R&B project, Luuvis.

We interviewed Maillard to learn more about what it’s like to achieve the dream of working as a professional musician. If you’re looking to follow the same path, read on to learn some valuable lessons about improving your skills and working with others.

Thanks so much for joining us. To start, what was your very first instrument? How did it influence your musical ambitions?

Thanks for having me! My first instrument was piano, I started taking lessons at my local conservatory close to Paris when I was six years old. My father is an avocational pianist and I quickly developed a passion for classical and film music thanks to him.

I knew I wanted to make music my profession early on, and my first ambitions were to become an orchestra conductor and a concert pianist. Because of my family traveling, I grew up in Paris, London, Johannesburg, and Brussels.

The diversity of music I experienced really impacted me and progressively widened the scope of what I wanted to do musically.

How did People the Kangaroo first come about? Did you already have plans to start a new band?

I started playing bass at age sixteen and later moved to Boston to study at Berklee College of Music with electric bass as my principal instrument.

About a year into my studies I met Alan Wurman through a friend, and he was the one looking for musicians to form a band. People The Kangaroo was put together in the weeks following my first meeting with Alan, and we immediately started working out song arrangements and planning our first record. Alan is an amazingly creative person and People the Kangaroo has been an incredible musical journey so far.

After recording an EP we went on to tour the country, open for Latin Grammy-winning band Los Rabanes in New York, work with world-class musicians and engineers, and release award-winning music videos like “You Would Not Believe Me”.

This project brings a lot to me musically, because it’s at the frontier of indie rock, pop, and electronic music, so I can draw from different influences.

How would you describe your overall musical ambitions? Do you stay pinned to a specific style or prefer to move between genres?

I definitely want to keep working on impactful music.

Exploring and practicing different styles is very important to me. Going from arranging John Coltrane tunes to recording bass for a Korean label to then playing indie-rock shows or working on a French pop album makes my career really fulfilling.

I feel it’s also very important to stay stylistically curious to broaden my musical perspective and get fresh ideas.

Do you prefer to collaborate with other artists when writing new songs? Do you feel you work better this way?

Collaborations are the best. There’s magic in processing ideas as a group, like sculpting a song out of a raw idea with musical back and forths. Knowing when to take the lead or help other people in the room flesh out their idea is really crucial and it comes with practice.

On more intimate projects like Luuvis, I tend to hone in and process music a lot more before bringing it to others. Collaborating with Mayila, who is a hugely talented singer and writer, was key in our upcoming song, “Up and Away”.

I knew she was the right person to work with on it, and her talent really resonates throughout the piece. There’s something to be said about carefully choosing who to bounce your music off of, it’s almost like executive producing your own music by knowing in advance that a specific person will elevate the project in a direction you want.

Are there any other contemporary artists who you feel are working in a similar vein to your music?

People the Kangaroo feels really close to Walk The Moon, Muse, Florence and the Machine, Misterwives, and Porter Robinson.

Luuvis is inspired by the amazing H.E.R. and one of my top artists discovered in 2019, Noah Slee.

Have you continued to surround yourself with a community of musicians since moving to LA?

Absolutely, being surrounded by other passionate musicians and creatives in general is crucial to staying inspired! I have met some of my favorite musicians in Boston, and many also live in Los Angeles now. I’ve also formed very meaningful friendships after arriving here.

The level of artistry in Los Angeles blows me away. From a live band at a lounge, to film composers, to writers and producers, you hear incredible talent everywhere. People come from all over the world to work with LA musicians, like Patrick Bruel for instance, a legendary French artist with whom I spent a lot of time during recording and mixing sessions alongside my talented friend Hakim Rachek.

Has your career as a professional musician affected the way you enjoy live music or the way you listen to music in general?

It has definitely enhanced it! Being able to appreciate the finer details of a musician’s performance brings my enjoyment of a record or a show to another level. From a touring musician’s perspective, I find the way bands and artists translate the sound of their records into a full-on show fascinating.

Being intentional about stage design, lighting, and live arrangements is essential to giving the audience a memorable experience, and it’s yet another way musicians express their taste and creativity. Consistently dealing with these considerations for People the Kangaroo and other projects makes me all the more appreciative of choices made by others.

What do you think was the most significant step in the early part of your career?

Learning a second instrument in my teens was a turning point. I had spent almost ten years with piano, and learning electric bass opened me up to both new performance opportunities and composition techniques.

Electric bass became my principal instrument in college, and I connected with many artists as a bassist. Being proficient in two instruments is also useful in recording sessions, since you’re instantly able to compose across both instruments and think about how the two parts will interact in the recording.

Thinking like a bass player is also important when recording bass parts on synthesizers, and I’ve recorded that way many times.