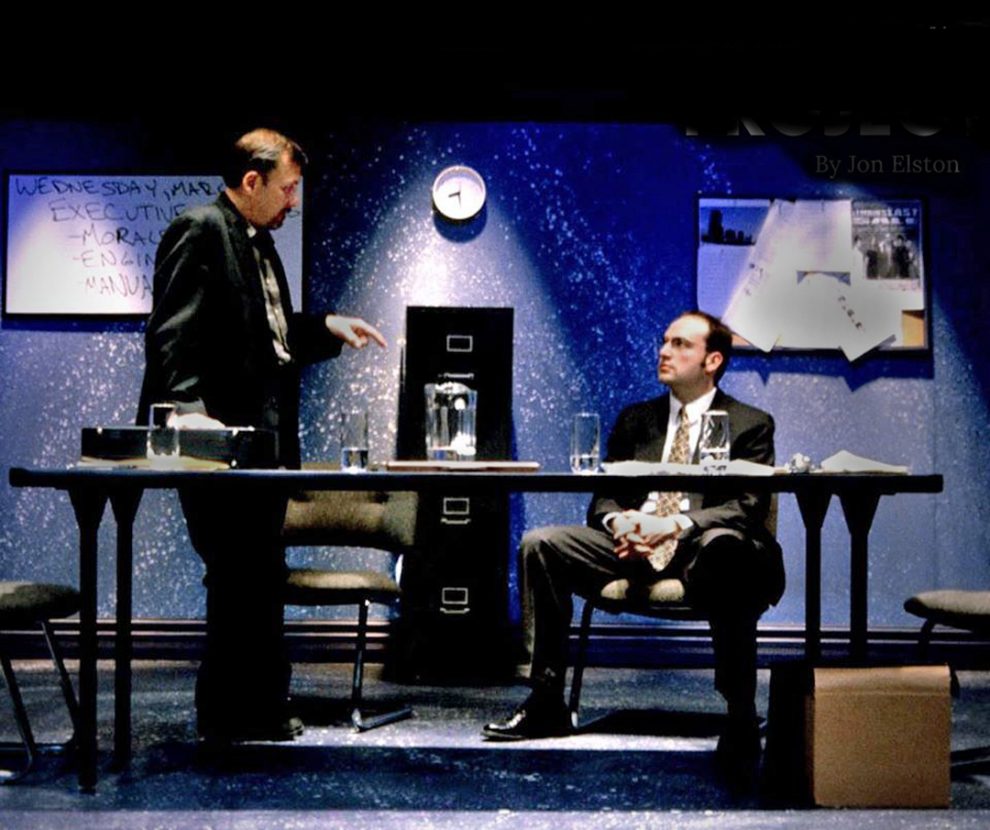 PROJECT Directed by Scott Behrend
Starring Phil Knoerzer, Tim Newell, Brian Riggs and Todd Benzin.
Set Designer Scott Behrend, Costume Designer Maura Price, Lighting Designer John Rickus and Sound Designer Brian Sidorowicz.
Road Less Traveled Productions originally world-premiered PROJECT by Jon Elston on February 28, 2003 at the New Phoenix Theatre Buffalo NY.
Four businessmen convene to discuss a pressing issue regarding their new endeavor. Three of them attempt to convince the fourth that he should concede to a specific demand. The fourth man refuses, and so the other three adjust their tactics, and increase the vehemence with which they attack his decision. The focus of the arguments becomes less the subject matter at hand and more a question of the quality of the fourth man’s judgment. The dispute turns ugly, and the true motivations of each man grow clouded and uncertain.
Should the fourth man submit to the wishes of the others on principle of cooperation and professional trust? Or do each of the other three men harbor secret priorities that they cannot reveal to each other… or to themselves? One thing is certain: if the Project is to proceed, all four must come to some agreement. It becomes clear to each that there is no choice – there is only negotiation.