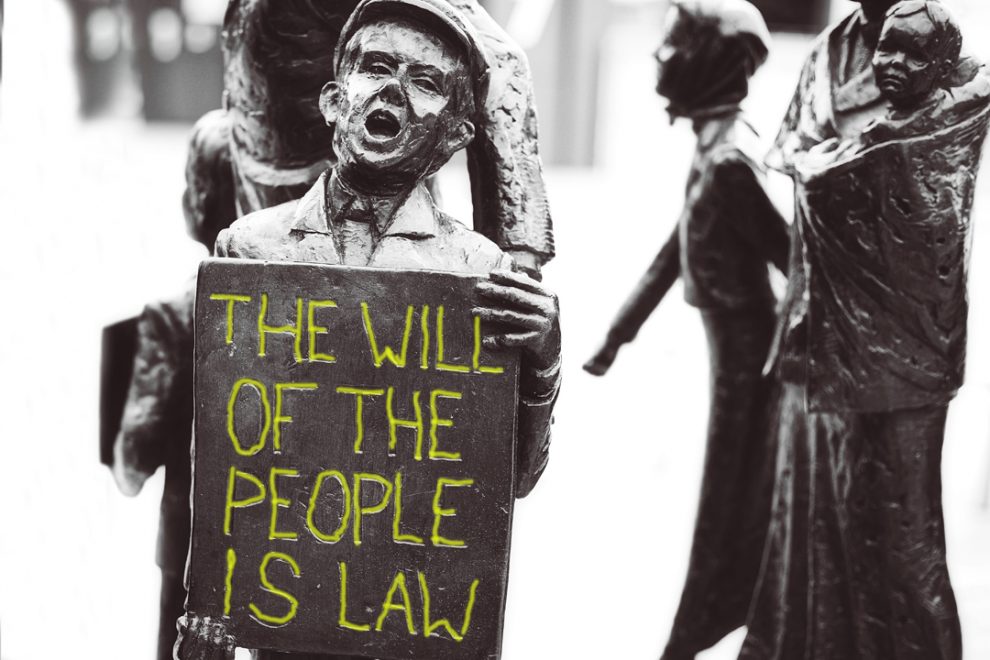 More than a dozen Bernie Sanders delegates and members of the New York State Democratic Committee filed a lawsuit in federal court last Friday against Democratic Elections Commissioners Douglas Kellner and Andrew Spano, both appointed by Governor Cuomo, for their role in removing candidates from the primary ballot, effectively cancelling the presidential primary in New York state.

Today, after deliberation, the Honorable Analisa Torres, United States District Judge, ruled that the primary must be reinstated by the elections commissioners who voted to cancel it. 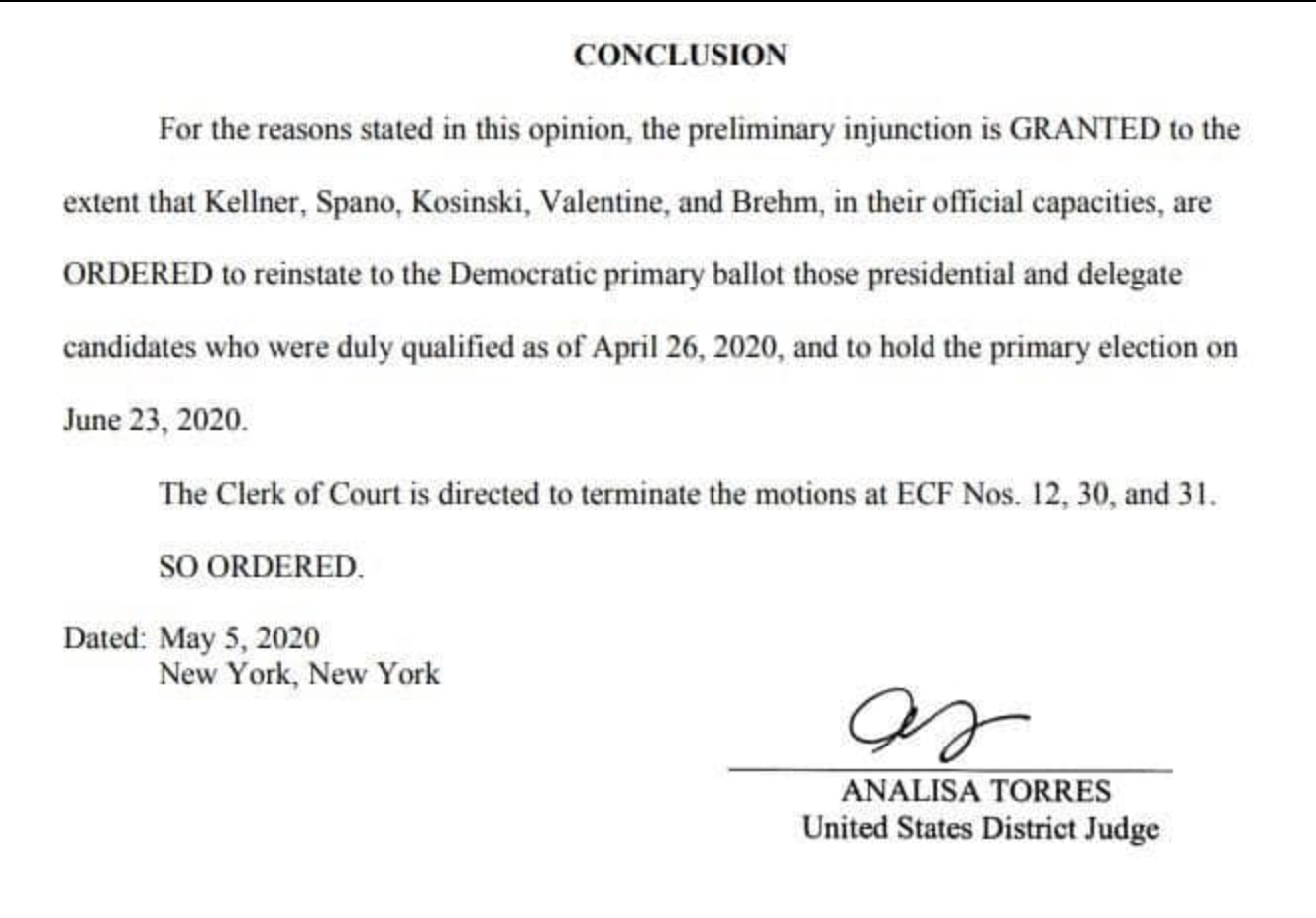