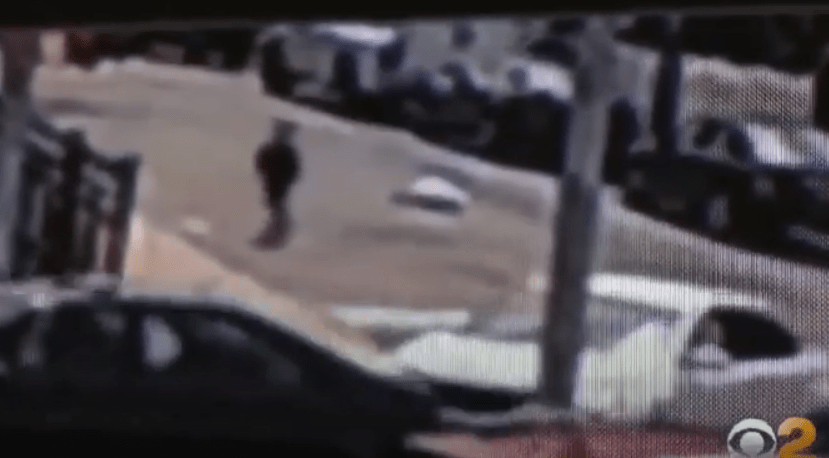 This bizarre story has been reported in mainstream media outlets, yet I doubt a single one has done more than report it with the purpose of demonizing a mother and her boyfriend.

Here is the story:

A Long Island mother, Patrice Chambers, 29, and boyfriend, Mark Pamphile, 28, have been charged with child abandonment, endangering the welfare of a child and reckless endangerment after dropping her 6-year-old daughter, Emma, at a Queens intersection on Monday May 18, at about 11:30 am.

They ejected the child from the mother’s car, tossing her belongings, stuffed in a white garbage bag and black sack, out the window before driving off, prosecutors say. The child was left not far from her father’s home.

Before leaving the girl, the boyfriend called the girl’s father, Kermit Watson.

Pamphile left a voicemail suggesting he better come as soon as possible, adding Emma was “crying like a little bitch” according to a criminal complaint.

“You better come get your daughter,” Pamphile said, according to court papers. “Your daughter is in the street not sleeping nowhere.”

Emma is heard crying in the background on the voicemail, prosecutors said.

Pamphile also reportedly demanded that the father pay a sum of money [about $200] to the mother for the child’s support.

Surveillance video recovered by police shows Emma “running in the street… attempting to pick up the items in the street,” court papers state.

A woman, Mishka Peart, found Emma, wearing a surgical mask and wandering near the intersection with her belongings.

“They drove off and left me,” Emma said when Peart asked the child where her parents were, according to Peart.

Police were summoned and they located and arrested Chambers and Pamphile a few hours later.

Pamphile told police, “This kid is her kid. This kid is not my kid, not my problem, not my responsibility.”

Chambers said she tried to drop Emma off at her father’s home but he refused to take her in.

Watson showed police a doorbell video to prove they never stopped by.

When detectives showed Chambers surveillance video from the intersection, she confessed to abandoning her child because she “was frustrated,” prosecutors said.

A Queens Criminal Court judge released the couple without bail after they were arraigned on Tuesday. They face up to four years in prison. They are due back in court on August 21.

Emma was handed over to child welfare services in Suffolk County and will be placed with a relative, officials said.

A couple of things are interesting here. First, the use of surveillance to show the child was kicked out of her mother’s car and was wandering the streets. This proves the crime.

Surveillance is almost everywhere these days, except inside the home and that may be coming soon. [if it is not here already with 5G and other devices. And NSA reportedly monitors all cell phone calls.]

The surveillance video and the voicemail the boyfriend left on the father’s phone gives the prosecutors “an airtight case.”

It will be interesting to see what kind of a plea deal they offer mama and her boyfriend.

So what would possess these two people to think they could drop a child off on the streets? They were not merely bluffing the dad to get money. They dropped the kid off and drove away.

The inside story may be mental health issues of the woman and her boyfriend – and especially the woman, the mother – who is certainly more to blame – for, after all, she is the child’s mother and deemed legally responsible for protecting her child.

It was the mother that threw the child’s possessions out the window and who drove the car – leaving her child alone on the streets.

It is clear that Emma should not be easily returned to her mother.  What is not clear is whether the mother and boyfriend need mental health or drug treatment.

They face up to four years in prison. But punishment alone may not be the answer.

I am not excusing what they have done, but the idea that all we need to do is punish and ridicule these two adults may be shortsighted. There is certainly a possibility that these two were on drugs, on pills or something that caused them to act in such a desperate, reckless, and callous manner.

Was dropping the child off merely an act to get her out of the way so they could chase drugs and get money to buy some? In the mad pursuit of drugs, for addicts, nothing matters, nothing stands in the way, only getting drugs matter.

That may not have been the case. Maybe these are real psychopathic monsters, as the media seems to portray them.

I think it is important in understanding some of the bizarre deeds of people is to find out what is behind what they did. In this case, I suspect drugs.