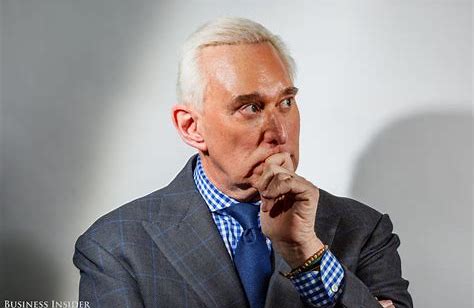 With this proviso of course – that no one can predict what Donald Trump will do – even five minutes in advance  – sources connected to Trump said that the president is seriously considering whether or not to pardon Roger Stone.

A lot of discussion and a great deal of support for Stone’s pardon is coming now from many people close to Trump.  Many supporters are arguing that the president should pardon Stone now before he has to report to prison.

“It will energize his base,” one source said.

As far as is known, Trump has not spoken directly to Stone since his indictment.

On Thursday morning, Trump hinted that Stone’s pardon might be coming very soon.

He shared a tweet from Turning Point USA founder Charlie Kirk that said, “Roger Stone will serve more time in prison than 99% of these rioters destroying America. All because he supports Donald Trump. This isn’t justice.”

Kirk asked his followers to retweet the post if they want to see “a full pardon of Roger Stone.”

Trump himself retweeted the post and than added a clear hint that Stone may not be spending any time in prison.

Trump tweeted, “Roger was a victim of a corrupt and illegal Witch Hunt, one which will go down as the greatest political crime in history.  He can sleep well at night!”

I is obvious that no one can sleep well at night who is scheduled to report to prison in a few weeks amid the coronavirus and riot lockdowns of all federal prisons.

The witch hunt referred to by Trump is of course the result of the Russian hoax investigation conducted by special prosecutor Robert Mueller.

The collusion with Russia – the purported purpose of the investigation – was never proven.

The witness intimidation against Stone was a nonsensical charge.

I personally spoke with the witness, Randy Credico, and he told me that he was never intimidated by Stone. He even wrote to the judge, Amy Berman Jackson, to state this same fact.

Credico and Stone are old friends and his banter with Credico – unfortunately done by text – was paraded by the prosecution team as intimidation, especially remarks that Stone, jokingly, said he would get him and his dog, and that he should do his Frank Pentanjeli act, referring to the character from the Godfather who when testifying before the Senate committee suddenly changes his testimony.

Of course the jokes were in bad taste, but they were only jokes. What did not come out – and some say Roger’s attorney failed to cross examine Credico properly – is that Credico, who is a comedian, used to do an imitation of Frank Pentanjeli, substituting the names from the Godfather for whatever politician he was roasting.

Stone is set to begin his prison sentence no later than June 30.

While it is not clear whether Trump will issue his pardon before that date, there is believed to be no consensus on his team on whether he should do it now, or after the election.

Stone helped introduce Trump to politics and reportedly was first to recommend that he run for president. Reportedly Stone was one of the first people to discuss the idea of building a wall along the Mexican border as part of Trump’s 2016 campaign.

Stone had an easy opportunity to avoid prosecution — and it was offered by the corrupt Mueller prosecution team – which was to turn on Trump – give them something to hang the president, but Stone refused to lie for the ever-eager perjury-suborning prosecution.

In another tweet on Thursday morning, Trump said of the man who spent millions investigating him and did not prove one instance of collusion with the Russians, “Mueller should have never been appointed, although he did prove that I must be the most honest man in America!”

It is important to note that Stone was not convicted of colluding with the Russians. No evidence was presented that he ever helped the Russians with anything.

The nonsensical torturing of what he said about Julian Assange releasing info [emails etc] on a corrupt Hillary Clinton and her campaign manager John Podesta – which turned out to be true – was paraded as Stone being in collusion with Assange, who was in collusion with Russia.

None of it was proven.

It was never proven that Stone met or even spoke with Assange. Stone’s pronouncements on what Assange, who is now a political prisoner in the UK, would do was based solely on Assange’s public statements and consultation with the witness he supposedly intimidated, Credico, who had contacts with Assange and his team.

None of this was illegal. It has never been proven that Assange, the founder of WikiLeaks is a Russian asset.

A Trump source summed up the political and justice calculus.

He said  “There are two arguments. The one against pardoning Stone right now is: ‘why have another uproar before the election?’

“The better argument is that the whole Mueller investigation was tainted, rife with abuse and fraud and done by people who wanted to create something out of nothing. If you believe the whole nexus was wrong, how can you let anybody go to jail for it?

“The political calculus is this: The only way Trump wins the election is if his base is engaged and vote at 100 percent.  Therefore you have to keep doing things to keep the base activated. As for the argument that Trump is going to get beat up in the press if he pardons Stone, it is totally irrelevant. He is going to get beat up on something else anyway.

“As for the Mueller investigation, the foundations were weak and even the trial jurors, who were clearly partisan, lied and said they weren’t. The prosecutors kept from the defense and from the jury that Randy Credico was the source for Stone’s information and that Stone was not directly involved in the release of the damning-to-Hillary emails.

“Credico and others gave exonerating information to the grand jury which was withheld. Stone was overly charged because he supported the president. He could have gotten immunity in a minute if he would have lied and said he was acting on behalf of Trump. Then he could have walked away scot-free.

“If you are going to pardon him, pardon him now and you won’t lose one vote. But if goes to prison, you strengthen your opponents’ argument that there was validity to the Mueller probe. If the Russian collusion was a hoax, a corrupt endeavor to overturn an election, then you are justified in pardoning Roger Stone now.”

There was so much wrong with the Mueller investigation and with the kangaroo-style court that convicted Stone, that justice demands his pardon.