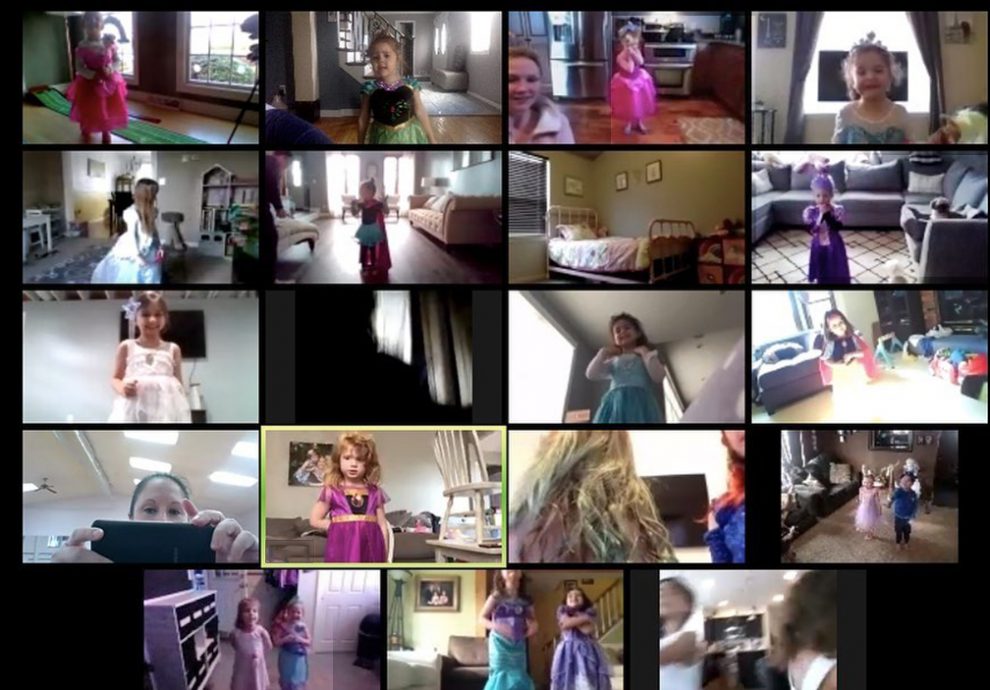 There are over 50,000 dance studios in the United States that have been forced to close because of the Covid-19 pandemic. In an effort to keep their students and their livelihoods on track, many have shifted their to classes Zoom, Facebook and Instagram live. Students, teachers, and parents from studios all around Buffalo have felt the effects of this.

Dance studios have suffered financial losses beyond canceling in-person classes. Performances have been canceled, too, which means lost ticket sales, as well as the loss of the important performative aspect of dance.

While they are certainly struggling, dance teachers have credited the loyalty of their students and their families in supporting the art form and in their confidence that the studios will pull out of this.

The biggest loss to both students and teachers is the absence of each others’ physical presence. To Amelia Waddell, dancer at the Royal Academy of Ballet and Dance and daughter of owner and instructor Beth Waddell, dance is a way to connect with others through movement, so for her, a big loss of shifting to virtual dance classes is that students are “not getting the same energy from everyone else in the room.” Her mother agreed, and said “what’s been lost is the human connection.” Speaking through dance requires having someone there to speak to, which is lost in this shift to virtual instruction. Emma Luczak, student at Lorraine Goddard Dance Studio, expressed sadness at having “lost the atmosphere of being in the studio.”

While Karen Frampton, owner/instructor at Sam Smith School of Dance is continuing lessons through Facebook Live, she agrees that “there is no substitution for live, in-person dance training.”

The loss of the physical presence has consequences. Anyone who has taken classes in dance, yoga or even golf knows the experience of a teacher physically adjusting your stance, your pose or your movement. That can’t happen online. That lack of physical connection makes it difficult for students to improve at the rate they would in a studio versus the computer screen. Furthermore, homes are generally unsuitable spaces for dancing. Beth Saeli, a student at Sam Smith School of Dance said she doesn’t “really have the space [in her home] and it’s hard to dance full-out anywhere but the studio.” Brynn Calvert, a student at the Royal Academy of Ballet and Dance said “we are not improving as much as we would in a studio because of the lack of space, good floors, and direct contact with our teachers. However, we are all still trying our best to improve.”

Calvert’s words reflects the perseverance and optimism from teenage students and teachers. At David De Marie Dance Studio, owner/instructor Ashleigh Castilone tries to nurture a sense of togetherness by taking few minutes at the beginning of each class to just chat with the students. Beth Waddell said she is similarly “still keeping the camaraderie of the class as much as possible” at the Royal Academy. At Neglia Ballet Artists, Executive Director Heidi Halt stressed the importance of positivity, saying that “we are lucky that we at least get to do online classes” rather than simply having to stop class altogether, which would have been the case in the past.

Many teachers are working to keep up morale in their students. David De Marie owner Castilone has introduced events like a Princess & Prince Dance Party to make sure that students are still enjoying class even if they cannot be at the studio physically.

At Sam Smith School of Dance, Karen Frampton adds lighthearted nature to her classes, including learning popular TikTok dances. She also introduced themes for certain weeks of class, as did Beth Waddell at the Royal Academy of Ballet. Frampton featured a Spirit Week for her dancers, and Waddell has introduced themed weeks like Fun Leggings Week. These themes keep students engaged and focus on keeping up the spirit of the classes.

Surprisingly, students and teachers have discovered there are some benefits from the online classes. Virtual instruction has caused students to really dedicate themselves and keep finding ways to push through and keep dancing. Castilone feels there is “a whole new level of discipline and focus.” Lorraine Goddard Dance Studio student Bridget Carr said “switching to Zoom classes has helped me be able to pick up choreography faster because I have to rely on myself” rather than watching others.

Teachers are confident that their students will get through this. Neglia’s Heidi Halt has no doubt that her pre-professional dancers, in particular, will continue to practice hard and believes that “they will also appreciate [dancing] even more once they do come back to the studio.” Frampton felt sure that her dancers, specifically her competition dancers, “will be highly motivated when we are able to return to class.” And Castilone is sure that her studio “WILL get through this, and it will make our united dance family even stronger.”

Teenage students generally remain positive and continue their dedication to dance. For younger students, though, the difficulties have mixed results. Many teachers have noted losing some of their younger students in the shift to virtual instruction.

For the parents of 7-year-old Lilly and the parents of 3-year-old Scarlett, the transition to virtual dance classes has been a rough one. Both girls attend dance studios that have continued classes online through Zoom, but neither girl has been willing to participate in those classes.

At Lilly’s studio Dansations, the virtual classes have been split up by age group, resulting in larger classes than she was attending at the studio itself. Lilly’s mother, Dawn Zeis, talked about Lilly’s apprehension, stating that she does not want to join the Zoom classes because “so many people can see her.” On the other hand, Scarlett’s mother, Jillian Sparks, talked about her daughter’s disinterest with the online class due to a drop in attendance of her class at ModDance. She said that Scarlett “may have adjusted better if she saw more of her friends” in the Zoom classes.

Despite the troubles that their daughters have encountered due to the shutdowns, both Zeis and Sparks plan to enroll their daughters in dance classes in the future, should they remain interested. Sparks said that Scarlett “loves it, she just can’t get into the virtual [classes].” Zeis also spoke positively about re-enrolling with Dansations.

For many young dancers, the studio is like a second home and they cannot wait to return there when it is safe. The dance community is resilient and they will continue to keep their drive through this pandemic.