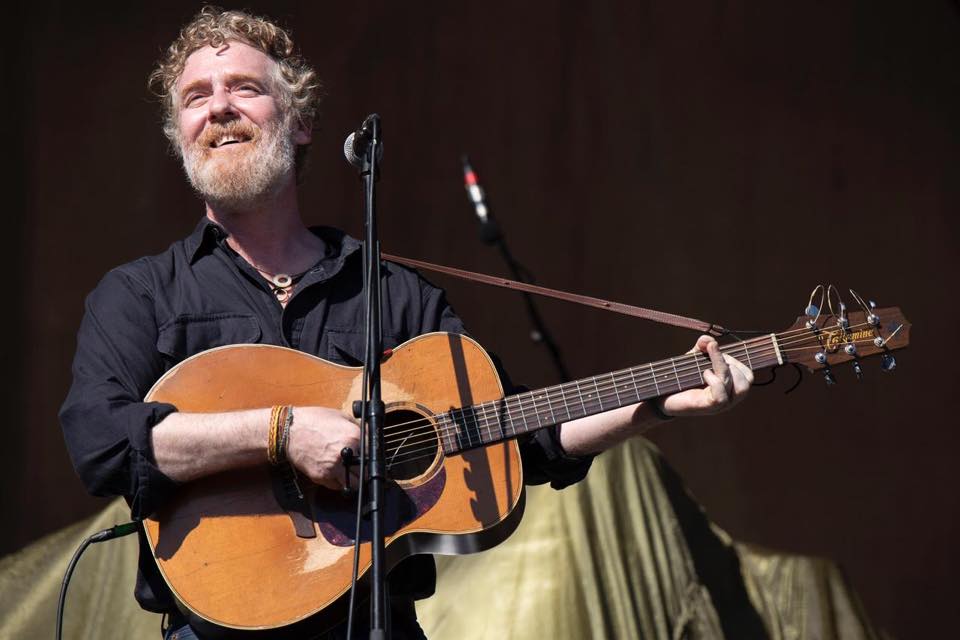 Glen Hansard began as a street busker in Dublin and rose to fame after winning an Academy Award for Best Original Song in the film “Once.” He is now considered one of Ireland’s most respected musicians and stars like Bruce Springsteen and Eddie Vedder are quick to invite Glen on stage to perform with them.

Along with most of the world, has been in quarantine and attempting to make sense of everything. Hansard’s creation of art thru the act of storytelling has been growing in these moments and he recently recorded the new song “Cold Comfort”. He also created a video for the song at home and has shared it with the hope it would bring exactly what its title implies.  “A handmade video for a homemade song written for the time that’s in it,” Hansard said.

In 2016, Hansard embarked on a life-changing journey as he stepped in to join a team and be the 4th oarsman in a small hand-built wooden boat called a curragh. The experience, as they rowed their way across the north coast of Spain following the Camino trail, was chronicled in the documentary film The Camino Voyage – released in 2018.  One of the men on the boat, Irish writer and poet Danny Sheehy, tragically passed away three years ago today after the curragh capsized off the Iberian coast.

In Danny’s honor, Hansard has released a new video for “Good Life of Song”, a track from his latest release This Wild Willing, with footage from The Camino Voyage, dedicated to Sheehy and his memory.

“I wrote this song in Paris while in residence at the Irish Cultural Centre,” Hansard explained. “It’s a tribute to the life of bards and troubadours on their lifelong march through the towns and villages of the world, singing and drinking, expressing the sorrows and the joys of the age as they court darkness and light with equal knowing. A song of gratitude for the gift of singing. I raise it here to the memory of our boat captain Danny Sheehy.”

While currently isolating at home, Glen has also been engaging directly with his fans via a series of conversations on Instagram. He has hosted discussions on songwriting, shared stories and songs on his birthday and led fireside-like chats with painter Colin Davidson, environmentalist and founder of We Are the Ark movement Mary Reynolds, and Irish Woodland Trust conservationist Andrew St. Ledger. The hope is these discussions help break up the news of the day, but also inspire and create awareness and action; all can be seen HERE.

Hansard released his latest album This Wild Willing in April of 2019. The album garnered the best reviews of his 20+ year career with VICE calling it a “reinvention”, MOJO deeming it “an immersive, deeply satisfying work” and NPR Music saying, “These songs feel rawer, broader, more sweeping and emotional and expansive”.  Hansard also recently sat down with the Broken Record Podcast, hosted by the producer Rick Rubin, the writer Malcolm Gladwell and the former New York Times editor Bruce Headlam to discuss This Wild Willing and its inspirations. You can listen to their conversation HERE.