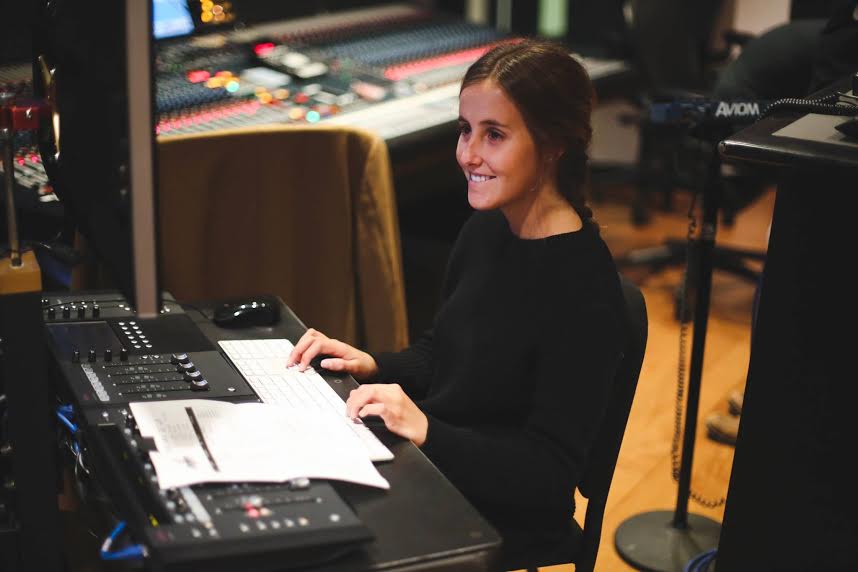 The music industry isn’t the most forgiving professional setting, that’s for sure. Even if you’re hoping to work behind the mixer rather than writing and performing, it takes more than you’d think to build a solid career.

Audio engineers need to help recording sessions run smoothly and tweak more parameters than you can imagine to create a sound that hasn’t been heard before.

But you already know that. You came here to get advice and tips for your own career as an audio engineer. Well don’t you worry, we’ve got engineer extraordinaire Kelly Sayer with us today to answer questions sent in by our lovely readers.

She has also been a huge proponent of bringing more female engineers into the industry, helping to buck decades of gender disparity in music studios around the world.

We selected the most popular and most practical reader questions to bring to Sayer’s attention, and she answered every one of them in detail. Take a look at the answers below and let us know what you think.

Gary (Madison, Wisconsin): “What’s it like to work with big-name artists? Does it make you nervous?”

It made me nervous when I was first getting started in the industry. It can definitely be intimidating meeting and engineering for big-name artists, especially the ones I was already such a huge fan of like Alex Da Kid, Icona Pop, Bazzi, and Sabrina Claudio.

However, it was really inspiring to see that most of the big stars are really humble. I soon learned that, particularly when an artist is trying to create music, they really just want to be themselves.

So it’s my job as their engineer to make them feel comfortable in order to highlight their message in the most creative way. Nowadays I’m definitely more used to it, too. 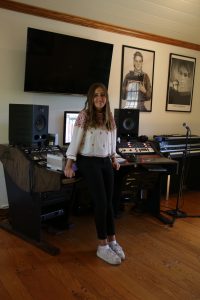 Tyreese (Chicago, Illinois): “How did you learn all the skills you needed to be an audio engineer?”

I was really fortunate to receive two scholarships to attend Berklee College of Music, where I obtained my bachelor’s degree in Music Production and Engineering. There, I was able to learn directly from some of the best in the business in state-of-the-art recording studios.

My knowledge was then quickly put to the test when I was made Head Engineer for Grammy-award winning producer Alex da Kid only six months after graduating. I realized that you learn the most when you’re in charge and have no one else to ask, so you troubleshoot everything yourself and get to know the ins and outs of a studio. That kind of hands-on experience is really invaluable.

The best part for me is when all the many elements of a song come together, and I step back and listen as if for the first time and find myself feeling something.

Whether that is sadness, joy, or anger, it doesn’t matter. Just knowing that the song has a message that speaks to people is so important to me. I am always reminded why I work in music when I get to feel for myself the power that music has.

Tim (Olympia, Washington): “As an A & R, how do you know when an artist has potential?”

There are many factors that go into making an artist successful. Firstly, musical talent is a given. I personally would rather work with an artist that can perform amazingly live but hasn’t yet honed in on their social media presence or marketing because that’s something that they can work on, whereas talent needs to be there from the get-go.

Secondly, I would rather work with someone that has a message and a desire to use music for positive change. This doesn’t mean that they can’t sing about personal topics but I would hope that they are ultimately aware of the power that their platform would have if they were successful and that they would want to use that platform for good.

Thirdly, they need to work unbelievably hard. The hard work doesn’t stop when you sign to a label. In fact, that’s when it truly starts. So it’s extremely important to have a strong work ethic that goes along with their talent in order to stand out from the many other artists out there, especially when there are thousands of songs being uploaded to streaming services each day.

Lacie (Denver, Colorado): “Do you think more women are getting interested in audio engineering now?”

Yes, from what I’ve experienced there is a small, gradual increase in females joining the field. However, it is happening too slowly. Platforms like She is the Music, of which I’m a member, Soundgirls, and Women in Music are all really important for creating awareness and mentorship to help encourage other females to join the field.

Noah (Austin, Texas): “What can I do to up my engineering game?”

If you’re a beginner, sign up for an educational platform like Lynda.com and learn about your DAW of choice. No matter where you are in your career path, be curious and listen critically.

Listen to songs you really love, break them apart, and ask yourself questions about how those sounds were created. Do research. Watch Mix With The Masters to learn from experts. Create and recreate so that you can always be improving on your own skills.

Work in a studio and watch the head engineers at work. Ask questions without getting in the way. And definitely know shortcuts for whichever DAW you use! 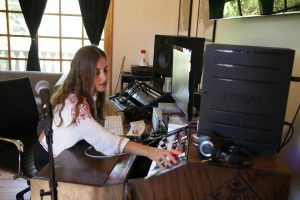 Elyssia (Ithaca, New York): “How can I get started networking with music industry professionals?”

Do internships. For instance, I interned for producer Danton Supple, best known for Coldplay’s album X&Y, during the summer while I was still studying at Berklee, and I also interned at Soundtrack Group in Boston to learn more about Post Production and meet people.

Everyone you meet along the way makes a difference to your career path. Join groups like She is The Music to meet like-minded people who will want to help you. Respectfully reach out to people you look up to on social media and ask if they have time for a conversation that might even develop into a mentorship.

Help the people you know along the way, even if they are at the beginning of their careers themselves. You never know, they might end up somewhere prominent and help you out one day.