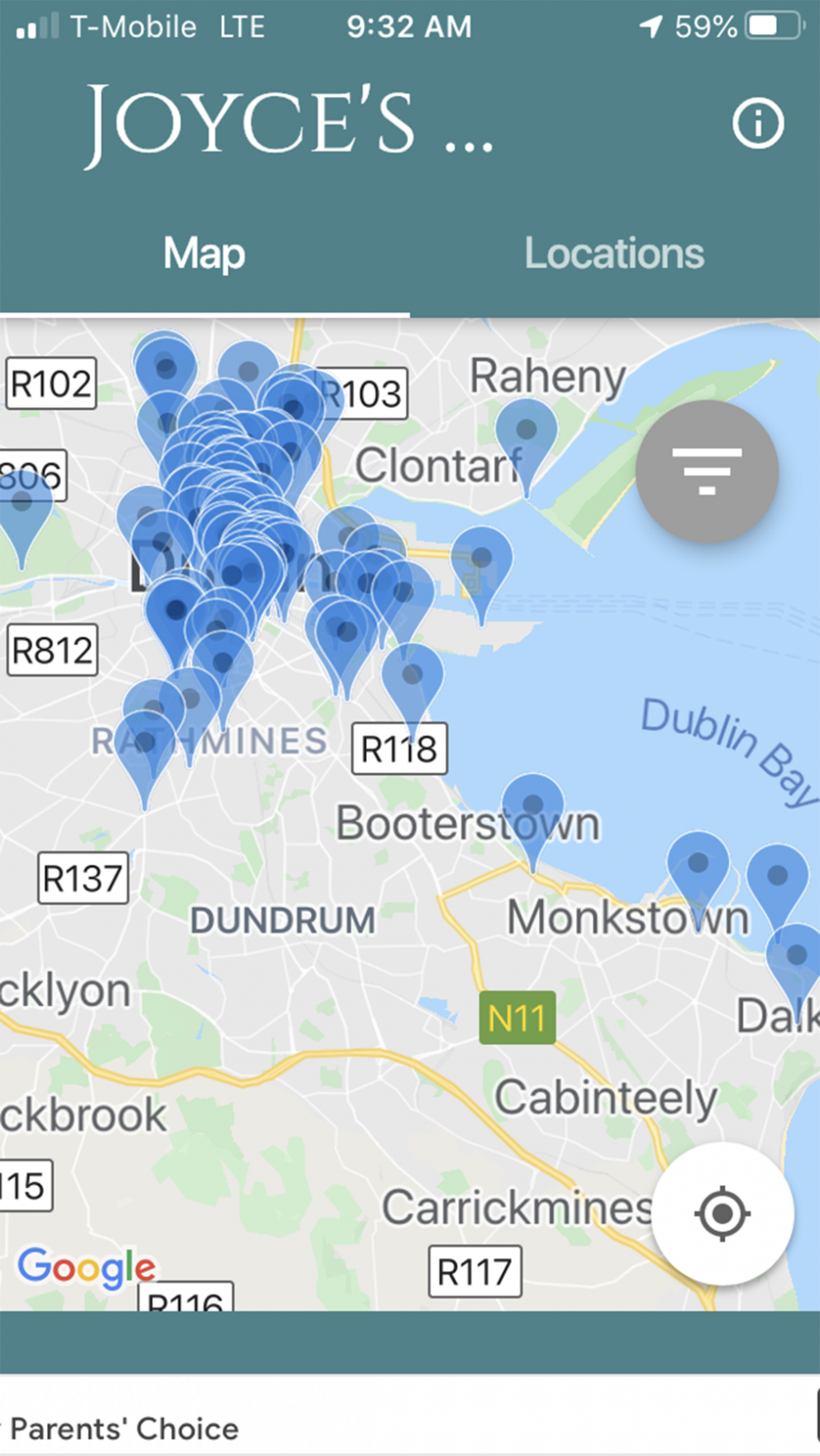 Discover James Joyce’s Dublin by seeing where he, his characters, and their real life counterparts lived and worked. Available free for Android and iOS.

Tomorrow, Tuesday the 16th of June is Bloomsday, the worldwide celebration of James Joyce to mark the day his novel ‘Ulysses’ is set. While the largest collection of Joyce artifacts and papers in the world reside in the University at Buffalo, another key to understanding his work lies in appreciating the relationship between Joyce and the principal subject of his work, Dublin. Joyce’s Dublin is the only app dedicated to exploring this. It allows users to see all the places associated with his life, along with those of his characters. Because of his family’s constant moving as they descended into poverty, he lived in 20 locations around the north and south side of the city, and these places continued to live in his imagination, long after he left Ireland in 1904. Almost the whole city and its suburbs are referenced in his books.

The app lets you filter by chapter or theme; so you can follow along as you read Ulysses, or create your own walking tour of pubs, houses, schools etc. associated with Joyce. The Covid 19 crisis has led to many people seeking to catch up on their bucket list books such as Ulysses, though the same crisis means they are unable to travel abroad to Dublin to visit the actual locations. This app allows people to see where they are situated through they’re phone. It is available now free on Android and iOS.

Let Them Eat Weapons and Nuclear Bombs:  Trump’s Bizarre Arms Race
Has Waning Western Influence Caused the Council on Foreign Relations to Lose Its Allegiance to the Western World?
Comment