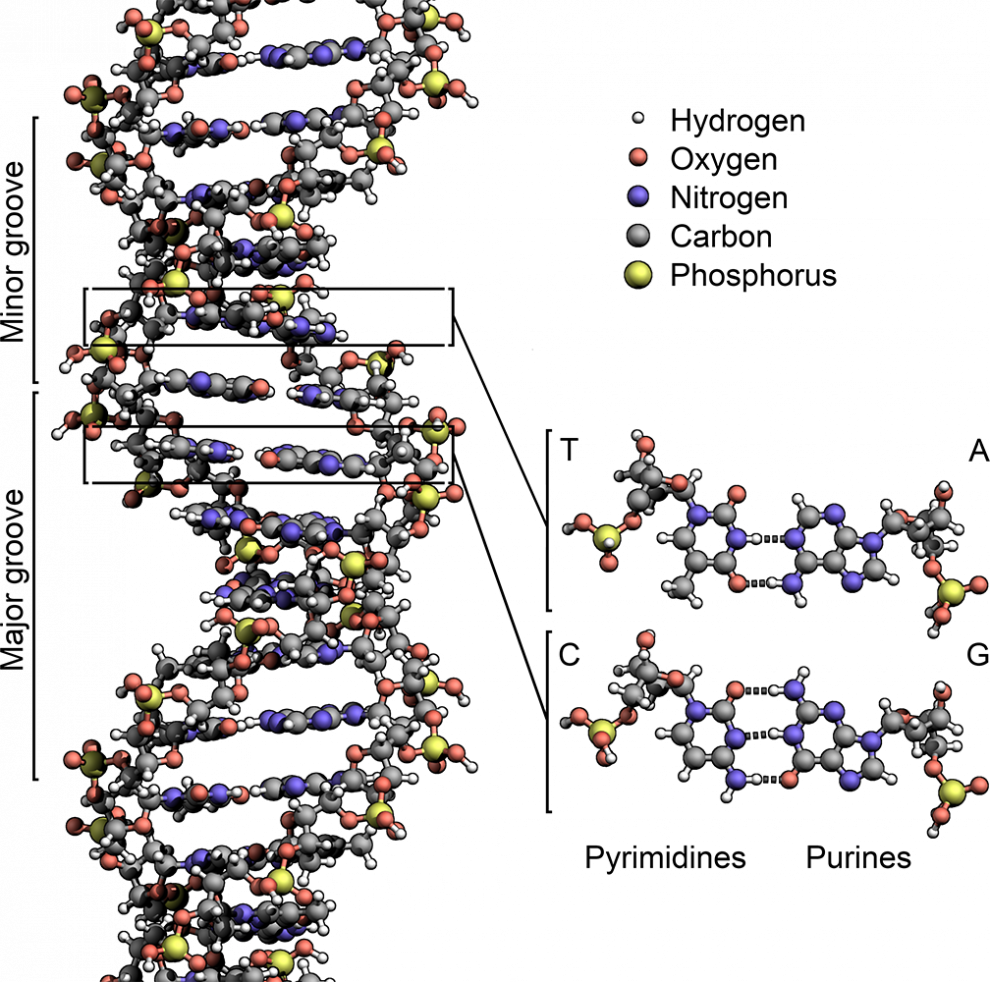 Here we will discuss the different types of DNA kits that are commonly available with which to trace family history, discover athletic ability and even understand some possible medical complications to which you may be susceptible.

Before we can talk about the different types of DNA kits, we need to give you a basic lesson on how DNA works. Human DNA is mostly made up of long stretches that are called chromosomes. Most people have 23 pairs of chromosomes (46 total).

There are three most commonly used DNA tests for at-home use:

Which DNA company you choose should be able to tell you which type of DNA test they use when clients purchase a DNA kit from them. We will now take a look at all of the different types of tests that you might purchase from a company.

The only people who have a Y chromosome are males. When a company performs a Y-DNA test, they are looking at the male ancestry that flows through their blood. Essentially, by looking at Y-Chromosomes, you can determine your patrilineal ancestry. There is only one problem: not everyone has a Y chromosome to test.

There is no way for a woman to have Y chromosome testing done. This is because she simply does not have a Y chromosome. If a woman would like to fill in gaps in her patrilineal history, however, she could ask a male on her father’s side to have the Y-chromosome looked at via a separate test.

Since the Y chromosome is passed from biological father to son with very little changes occurring from generation to generation, it is actually possible to trace these lines for thousands of years. In fact, you could theoretically trace family history on the male side for tens of thousands of years. You can read more about different genetic testing guides at bestdnatestingkits.com, which offers an insight into how the testing process works.

Inside of the cells that make up your body is the mitochondria. It is the living center of the cells in your body. The mitochondria are passed down directly from a mother to a child (regardless of gender). You cannot trace your patrilineal line through this method because your father does not share any mitochondria during conception.

Although the Y-DNA test and mitochondria DNA test are quite similar, both only trace a part of the family’s history. Neither of these tests can fill in the gaps all at once. The good news is that anyone can take a mitochondria test, unlike a Y-DNA test that is only used on males.

Autosomal DNA testing analyzes the 22 pairs of chromosomes that come from both of your parents. This portion of your DNA can give you tons of information, including distant relatives, and geographical locations of ancestors from thousands of years ago. You can get a lot more information from this type of testing than other types.

Understanding how DNA tests work allows you to make an informed decision about which type of DNA test is best suited for your needs.