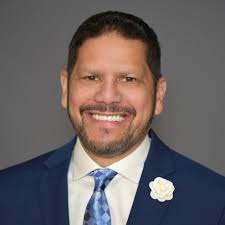 Our community should be aware that a disgusting, slanderous commercial of lies is airing on TV ” Paid by Jon Rivera”

Robert Quintana stood up for this community by calling out the Mayor for not putting Hispanics in policy making positions.

The Mayor and his cohorts charged Quintana with false charges that the federal government dropped.

That was an attempted political assassination against Quintana for fighting for our people.

Truth: The US Attorney dropped all the charges!

Now Jon Rivera in a desperate attempt. Has been airing on TV a commercial that not only is a lie, but only attacks the only other Latino in a 3 way race

Hispanic leaders who have aligned themselves with Jon Rivera and WHO DO NOT denounce for him airing those commercials are complicit in his actions.

Every Latino leader, Pastor, Churches and Latino Business leaders should immediately hold Jon Rivera accountable for his diispictabe actions. There are lines you don’t cross as a candidate and our Hispanic people should choose a candidate based on the issues. NOT FALSE ALLEGATIONS