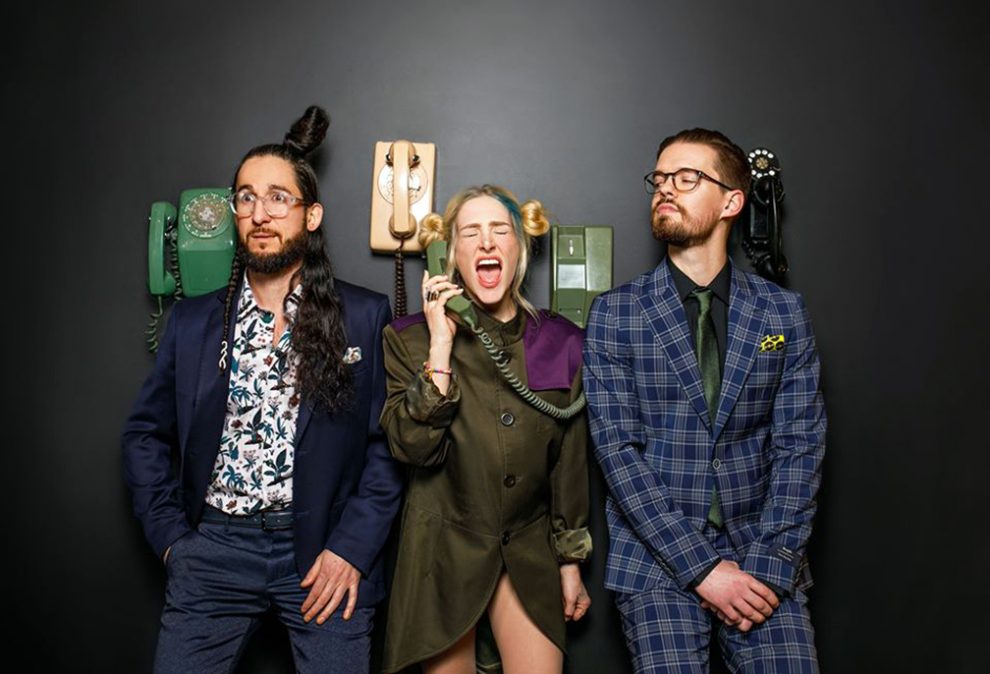 Hands down one of the most creative bands (with great videos) in the world today is Canadian pop band Walk Off the Earth. The band just released their new single “Oh What A Feeling” available on all digital streaming platforms now via The Orchard.

“Oh What A Feeling” follows the band’s critically acclaimed hit single “I’ll Be There” that is celebrating its 20th week in the top 10 at Canadian radio and became a Top 25 radio hit in the U.S. The band also recently teamed up with the iconic long-running animated series Pokémon for the release of “Journey Starts Today,” which serves as the official theme song for Pokémon Journeys: The Series streaming on Netflix now.

On the release of their new song, Walk Off the Earth shares, “With everyone that’s been going on over the last four months, we wanted to put something into the world that spreads positivity, happiness and hope”.

Earlier this year, Walk Off the Earth earned two major JUNO Award nominations for Group of the Year and Pop Album of the Year in support of their critically acclaimed No. 1 album HERE WE GO! The eclectic LP marked their first major full-length release in over 4 years and has become their highest-charting effort to date where it debuted at No. 1 on Nielsen’s Pop Albums chart in the States and included the radio hit “I’ll Be There.”

Based just outside of Toronto, the band gained worldwide attention with their brilliant 5-people-playing-one-guitar interpretation of Gotye’s “Somebody That I Used to Know” exploded on YouTube, garnering nearly 190 million views. Since then, the band has released a string of successful original songs including, “I’ll Be There,” “Red Hands” (#1 at AAA), “Fire In My Soul” and “Rule The World” (multi-platinum in Canada); sold out venues across the globe, from Red Rocks to Sydney Opera House to Wembley, and collaborated with some of the biggest artists in the world including Keith Urban, Snoop Dogg, Nicky Romero, and Steve Aoki. The group have had nearly one billion You Tube views, nearly 8 million social subscribers, and have sold over 1 million records worldwide.

We often get asked what the meaning behind our band name is. What does Walk Off the Earth mean?

More than anything else, it’s a state of mind. When you’re deeply entranced by a collection of musical compositions and your day-to-day stresses become a lot less bothersome, you’ve walked off the earth. You forget that your boss is a dick-weed, that your neighbor is a racist…or even that your girlfriend has been spending a little too much time with your best friend! You let the pulsing rhythm, the soaring melodies and the lush harmonies take you away to a place where nothing can affect you. Walk Off the Earth with us!