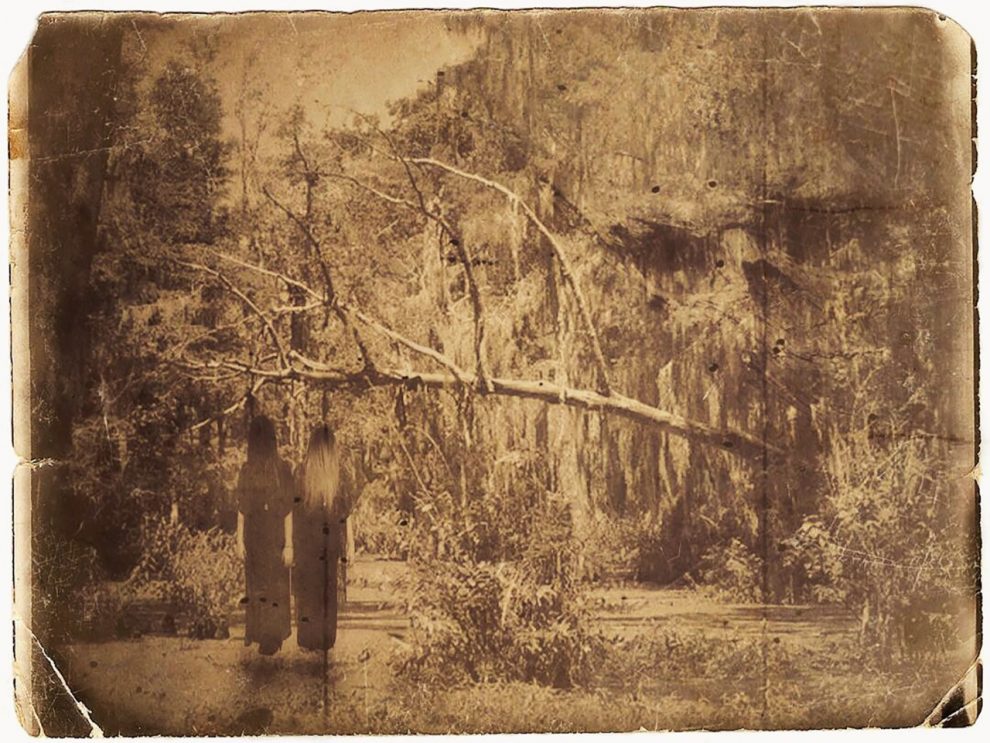 Messages from the past

The history of the United States is also a history of diverse aesthetic styles, many of them based around what the people of the past believed to be truly beautiful.

For modern-day visual artists, these aesthetic movements still have something to share, messages that can be used to create something original and new.

Today we’ll be looking at a project that’s still in the works and largely under wraps, but one of the artists has offered to share some exclusive information about the piece and how it incorporates those messages from the past.

Professional photographer Melanie Escombe-Wolhuter has been hard at work on an art coffee table book alongside Laura Lamour, with the participation of luminaries in the area of dark and macabre music and that old Hollywood style.

Escombe-Wolhuter has made a name for herself by photographing A-list performances for Aesthetic Magazine, including headlining acts like The Who, Michael Buble, Seal, and Depeche Mode.

She has also worked as a photographer for music videos as well as independent film productions.

Escombe-Wolhuter feels that she was destined to pursue photography, both as a profession and an artistic medium. Even during childhood, her family introduced her to the magic of music and live performance.

“My father was a longtime feature in the music industry so right from birth I was immersed in that world. I was fortunate enough to grow up seeing many spectacular shows. The atmosphere and spectacle of these shows is something that always stuck with me long after and I always wanted to find my own way to be a part of that. Photography has allowed me to do that.”

The book project we’ll be talking about today is undoubtedly a passion project for Escombe-Wolhuter, one that communicates many of her artistic influences while simultaneously featuring her own unique take on those influences.

As we’ll soon see, the book has very strong ties to music and performance, but it also uses highly curated images and scenes to construct a narrative.

Taking viewers on a journey

Let’s start by discussing the intentions behind the book and how the idea first came about.

As Escombe-Wolhuter explained, the book will be a tribute to the artistic influences she shares with Lamour.

“The book is a joint passion project between Laura Lamour and myself. The concept for the book is to pay homage to all of the things that have inspired us to be creative, from old-school Hollywood, music, film noir, the macabre, and our love for the mysterious things that might be lurking in the shadows.”

If you’re unfamiliar with these genres and era-specific influences, think smoky, evocative lighting and slightly eerie, atmospheric music. Think Humphrey Bogart and the old Universal monster movies (and don’t you worry, we’ll be talking about those later on).

There’s certainly an element of horror in the photos we’ve seen from the project so far, but it would be an oversimplification to say that the concept stops there.

To summarize the story of how a singular, almost accidental idea was expanded into a book project, Escome-Wolhuter and Lamour were engaged in a casual photoshoot, using tarot cards and other props that tend to be associated with the early 20th century or even the late 19th century.

Though the process of creating this image was largely improvised, it attracted a strong response on social media, which got the two thinking about how the photo had essentially created a character, one that they named the “distraught woman.”

That character was so strong that they started thinking up other characters that would fit into this imagined world.

Now armed with a cast of characters, the duo planned out an entire narrative. Escombe-Wolhuter elaborates:

“It will be a visual dark fairy tale that takes the viewer on a journey through time and alternate realities, featuring a cast of characters.”

Once finished, the book will guide viewers/readers through a predetermined storyline, something that very few photography books actually achieve.

Before we discuss the artistic influences on the project in further detail, we’d like to touch on the logistical side of creating such a complex and story-driven work.

At the time of publication, the world is still in the throes of an unprecedented global crisis. The situation has caused many artists across different disciplines to slow or completely halt their work.

It can also threaten momentum, which is essential to projects involving many different people. Escombe-Wolhuter explained that she’s been able to maintain her enthusiasm for the book and that she looks forward to making further progress once she’s sure there’s no chance it would put anyone at risk.

“Though we are temporarily on hold due to the pandemic, we have completed most of the shoots and hope to be able to finish the rest as soon as it’s safe to do so.”

This speaks not only to her passion for the book but also to a sense of professionalism earned through years of experience in the industry.

No project is worth risking the safety of its participants and Escombe-Wolhuter is confident enough in the value of her work to patiently await the green light.

The charm of old Hollywood

As a visual artist, it shouldn’t be too surprising that Escombe-Wolhuter’s love for old Hollywood, both its movies and its real-world sense of style, has a lot to do with what we still have from that time period.

She specifically cited old monster movies like ‘The Invisible Man,’ ‘Creature from the Black Lagoon,’ and ‘The Wolf Man’ as wonderful examples of the impressive craft and care that was common in movies of the 30s and 40s.

Digital filmmaking and effects have certainly enabled filmmakers to do just about anything in their movies, but for Escombe-Wolhuter and many other artists like her, there’s a special charm in movies, characters, and creatures created entirely from scratch.

But Escombe-Wolhuter’s connection to old Hollywood also comes from her move to the Beachwood Canyon neighborhood of Los Angeles, which itself has very deep roots in a bygone entertainment industry.

“It’s one of the old-school Hollywood neighborhoods. Most of my favorite actors once lived close by, from Charlie Chaplin to Bela Lugosi, and that the neighborhood is supposedly home to a few ghosts of Hollywood’s past.”

Lamour helped Escombe-Wolhuter explore the detailed and occasionally creepy history of the neighborhood, and all that research no doubt had an impact on the formative stages of the book project.

There are so many stories from this era that are still being uncovered. Hollywood only got to be young once, and those early years were filled with stories, both triumphant and tragic. That sensibility has found its way into Lamour and Escombe-Wolhuter’s book.

In addition to Lamour herself, other subjects participating in the project include legendary musical figures, in particular members of bands Eagles of Death Metal and The Cramps.

Escombe-Wolhuter spoke briefly on their participation, without spoiling exactly which characters they’ll be playing.

“I feel very privileged that not only did they give up their time for our passion project, but that they were just as enthusiastic as we were. I don’t want to give away too much about their roles just yet, but I will say that they nailed their shoots and we are very excited to have them in our book.”

Utilizing these musical luminaries wasn’t just a way of bringing further notoriety to the project. It was also a fantastic way to include other artists who share this love for the macabre and what Hollywood used to be.

Since Escombe-Wolhuter is no stranger to photographing major musical stars, suffice it to say that she succeeded in letting these artists mesh naturally with the overarching ethos of the book.

In closing, we asked Escombe-Wolhuter to speak to her favorite part of the process thus far. Her answer speaks to the passion she has for her work and the ambitions she has for future projects.

“I have absolutely loved having free reign to create the kind of artwork that I am drawn to. The opportunity to branch out and be a part of creating a fantastical new realm with its own cast of characters and performers has been extremely fun.”

So many artists lack the creative freedom to make something truly original. In many cases, outside forces nudge their projects into well-worn territory, all in the interest of making it more accessible and more commercial.

While this approach can definitely lead to a certain kind of success, something inherent to the creative mindset is a desire to do something new, something that brings in old influences while adding a unique sensibility on top of it all.

Escombe-Wolhuter’s upcoming book is an excellent example of what can happen when an artist steers the ship, following their own instincts and intuitions.

Let’s hope this kind of creative freedom only becomes more common in the years to come, from photography to music to movies.