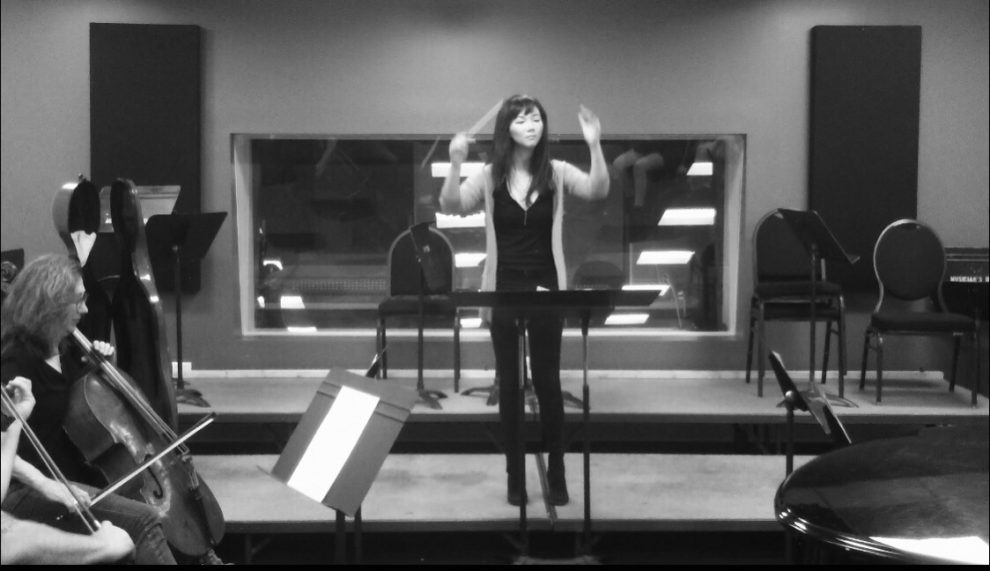 If you found your way to this article, then you probably already know quite a bit about music theory and how it relates to film. Just in case you’re (very much) an outsider, a film score refers to all the original music composed for a short film or a feature film, most often by a single composer.

Creating film scores can be a highly fulfilling profession, but it can also be incredibly demanding, and don’t forget that the competition to secure these jobs is fierce, especially in the realm of top-tier Hollywood studios.

In most situations, there’s a very good reason that a handful of supremely talented composers get tapped to work on dozens of features throughout their careers. Directors and studios want to know they can rely on a composer to create music that will perfectly serve the story being told.

That kind of reliability and expertise only comes with experience, hard work, and total dedication.

Such has been the case for composer and mixing engineer Yuna Qian, who has worked on a number of short films and feature films, including feature film ‘The Empire The Women’ from Hong Lin and the upcoming ‘Relationships,’ a Taka Tsubota film where compositions from several artists, including Qian, will heavily determine the story.

Our mission today is to relay information and advice Qian shared with us that can help young composers get a foot or two in the door and jumpstart a compositional career.

But be warned, this work is not for the faith of heart or those who prefer to work in isolation. Composers will never be the stars of the show, just important team members who can take a film from glib to great.

See each project as an adventure

Composing music for films is definitely a job, and a hard one at that, but you’ll have a much better time if you view the work as a kind of adventure.

Most standalone music tells its own story in a matter of a few minutes, but film scores help tell stories that last much longer, and that’s where you come in.

Obviously, the script itself will do a lot of the storytelling work, but your compositions can deepen that storytelling in a really interesting way, which Qian explained.

“Composing for feature films is an adventure and very intriguing composition-wise. I have to write themes for characters and further develop each of them as the story progresses, with many different variations in between. I enjoy the deep connection between the character and the music.”

So when you’re pulling yet another late night, remind yourself that it’s all part of the process. The film’s characters are going on a journey, but so are you.

You’re coming up with new ideas almost every day, revising old ideas, and coming to a better understanding of the characters.

Communicate with your director

Ok ok, it may seem kind of obvious to say that film score composers should talk to the director, but communication is a more complex topic than you might think.

It’s been said a million times that filmmaking is a collaborative art form, but until you get involved, it can be hard to believe just how many people have to be in perfect sync just to get a project finished and shipped.

Film scoring almost always happens during post-production, i.e. after the footage has already been shot.

But you know what else has to get done during the post-production phase? Well, for a start, editing, sound design, ADR, color correction, and the early stages of marketing.

The director needs to be involved in all of these tasks to some degree, so he or she won’t always have time to sit down and chat with you about the music.

That’s why it’s so important to communicate efficiently and clearly. In an ideal situation, you should have a nice long discussion with the director before you sign on for the project. You need to have an accurate understanding of their vision because this will drive your composition work.

Qian always makes a point of communicating with the director often:

“I always try my best to communicate with directors about my approach and help them understand what I’m trying to portray musically. At the same time, I’m also focused on understanding what kind of music style they prefer for the film and get a better grasp of their expectations. Communication is key.” 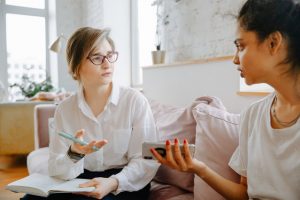 There will be changes, sure, both to the music and to the entire project, but staying in contact with the director and other key team members will keep you, and your music, on the same page.

If you have a question, ask it. If the director has a question about your work, answer it. Without effective communication, things can come apart faster than you can say, ‘it needs more cowbell.’

Bring other skills to the table

In other words, most modern composers aren’t just composers; they bring a lot of other skills to the table.

Qian, for her part, is also a mixing engineer and is an expert with various recording software.

Not only does this give her a different perspective on the composition process, but it also makes her a valuable player when the score is actually being recorded.

“Having an audio engineering background has helped me tremendously in my work of film scoring. Being an engineer with good technical skill has saved me lots of time in MIDI programming, doing mockups, working with different DAWs, recording various instruments, mixing demos and scores, etc.”

So if you’re hoping to work as a composer, ask yourself what else you can offer during the process.

In fact, even if you already have several other important skills, don’t stop there. Take time to learn some new ones as well.

Setting aside just a few hours a week to learn new skills will pay off big time in the long run.

Until you join a production for the first time, it’s difficult to get an accurate picture of what the workflow will be like.

But you can count on a few things. For one, you’ll be a small part of a much larger team.

On a more practical level, you will be writing directly to picture. This element was an eye-opener to Qian when she first worked on a film, as she was used to more free form writing.

“When I first got a job being an assistant engineer for a film composer, I didn’t think that scoring for pictures would be that different from doing concert work. But in reality, the work is highly specific to what’s happening onscreen and everything is a team effort. It was truly eye-opening for me to see the workflow.”

If you’re accustomed to getting an idea for a piece and working on the idea until it’s done, be prepared for film scoring to be more limiting than that. 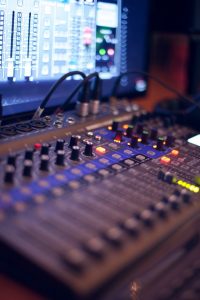 The length of each piece and how many you’ll need all depend on the finished footage.

While the best teacher for this workflow is working on films, you can also try to practice writing to picture.

Just cue up a pre-existing movie or show and put it on mute.

Then you can practice composing for specific scenes and moments. Try to fit the tone of what’s happening onscreen.

But while gaining new skills will add to your value as a composer, it’s also very important to know your strengths and use them to your advantage.

Knowing what you do best can help you feel confident, which will in turn inspire you to offer ideas that other members of the production might not have considered.

For instance, Qian knows that she has a strong background in classical music, and this directly influences her ability to write music that communicates on an emotional level.

“I feel my greatest strength as a composer is my classical music background. I always feel that because of my classical training and solid music theory and orchestration knowledge, I’m able to have a deeper understanding when it comes to composition and be able to explore and express the emotions on a deeper level.”

Maybe your greatest strength involves proficiency with electronic instruments and sound design. Incorporating this into your compositions could give the score a modern edge.

Whatever your strength may be, don’t leave it waiting in the wings. If you can make a score better, more personal, and more effective, then go ahead and use every weapon in your arsenal to do it.

Let yourself be the talented artist you know you are. Your music, and the movies you work on, will be better off for it.