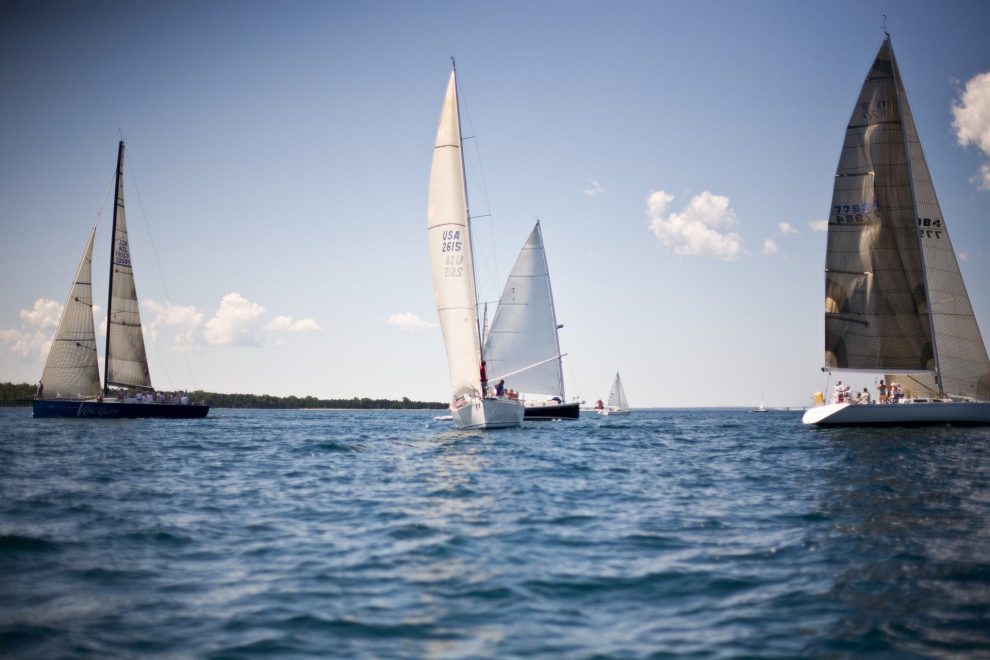 New York State is a Great Lakes state. Millions of New Yorkers live within the Great Lakes Basin, the largest freshwater system on the planet. Over 40% of our land area lies within the Great Lakes Basin. Approximately 400 miles of Great Lakes coastline and nearly 560 trillion gallons of fresh water surround New York State, which are a source of drinking water for millions of people.
New York residents’ health, drinking water, quality of life and the state’s economy are dependent on the integrity of our Great Lakes system, which includes Lake Erie, Lake Ontario, the Niagara and St. Lawrence Rivers.

According to a recently released report, New York’s Great Lakes are in serious trouble.

Under the commitment of the Great Lakes Water Quality Agreement, the US and Canadian governments recently released the “State of the Great Lakes Report” (SOGL). The conclusions dilute and minimize the ongoing suffering and degradation of our lower Great Lakes system in New York State. Read the  Read the SOGL Highlight Report here..

Buffalo Niagara Waterkeeper and Citizens Campaign for the Environment implore you to read this report, understand the threats to Lake Erie and Lake Ontario, and commit to aggressive action to save New York State’s Great Lakes.

In what actually should be called “A Tale of Two Great Lakes Regions,” the SOGL Highlight Report gives a misleading overall assessment that Great Lakes conditions are deemed “Fair and Unchanging” – but this does not accurately represent the significant stressors and growing challenges impacting our two lower Great Lakes here in New York State. The words “poor” and “deteriorating” dominate many of the indicators for our lakes.

Lakes Erie and Ontario continue to stagnate, and even backslide, on water quality and ecological health indicators. Invasive species, Harmful Algal Blooms, and urban/agricultural pollutants are taking a huge toll on our lakes. It is 2020, and many New York residents still cannot safely fish or swim in our local waterways. Most concerning, the SOGL report lacks the urgency to pursue knowledge and understanding of groundwater contamination, lake level fluctuation, the selective use of data and metrics across the lakes, and the blatant censorship of climate change language and its impacts on the resiliency of our lakes and communities.

These persistent, degraded conditions in New York’s Great Lakes Basin are unacceptable and should serve as a wake-up call for immediate action from our state’s leaders.

New York is a Great Lakes state. We need to do more, speak more, and act more, to protect our waters, our health and our water-based economy. We can no longer kick the can of responsibility down the road to the next generation, the next year, or the even the next election cycle. We need to act now, together.

For too long, citizens, academic institutions and non-profit organizations have carried the burden of being the consistent voice at the national table. We have advocated for policies, funding and actions to restore New York’s Great Lakes and now we need your help. We’ve made significant progress and many of our state leaders have offered moral and vocal support to these efforts, but our lakes need you to do more. The collective power of individual leaders across New York State can be a force for positive change in Albany, Washington, DC, and the Great Lakes region.

New York’s Great Lakes Action Agenda is a good start, and with the next five-year agenda under development, we have to commit to meaningful action now. The federal Great Lakes Restoration Initiative (GLRI) has been a major success, although New York State must position itself to better leverage more federal funding into our Great Lakes communities. The NYS Environmental Protection Fund has provided much needed resources for New York’s environment, but the unique challenges and threats to the Great Lakes are at a scale that are not being adequately supported. The Clean Water Infrastructure Act is an excellent resource to address degraded water quality in the state, but many Great Lakes basin municipalities lack the capacity or ability to regionally coordinate in a way that is needed to access or utilize these funds. Finally, if passed by New York voters and deployed appropriately in front line communities, the potential impact of an Environmental Bond Act (also known as Restore Mother Nature Initiative) could greatly improve coastal resiliency in the lakes.

New York State has the ability to strategically leverage our strengths and national leadership in the Great Lakes, but only if our leaders and communities are willing to amplify efforts and regionally coordinate around these critical issues. New York can lead the nation on Great Lakes climate resiliency solutions and living infrastructure protections. New York can lead on Great Lakes drinking water security, water equity and environmental justice. New York can lead on implementation of regional ecosystem based management decisions and coordination. New York can lead on water system management and research.
No other upstream state in the Great Lakes basin has expressed the interest or willingness to lead the nation in these areas. We can. But only if we expand New York’s Great Lakes programs and increase our state’s voice and presence where and when it matters the most: on the ground in front line communities, in the rooms where national water policy is developed, and at the table when problems and solutions are being explored.

The largest freshwater system in the world also needs the largest coordinated effort to ensure its health and survival. Buffalo Niagara Waterkeeper and our partners are prepared to be leaders and voices for the community to protect our most valuable asset: fresh water.

What will you do TODAY to stand with us and prioritize New York as a Great Lakes State?

Trump was offered a menu of options to respond to Russian bounty on US troops. Instead Trump wanted to reward Russia with admittance into the G-7.
Dear Auntie Answers Readers’ Questions on Love and Relationships
Comment