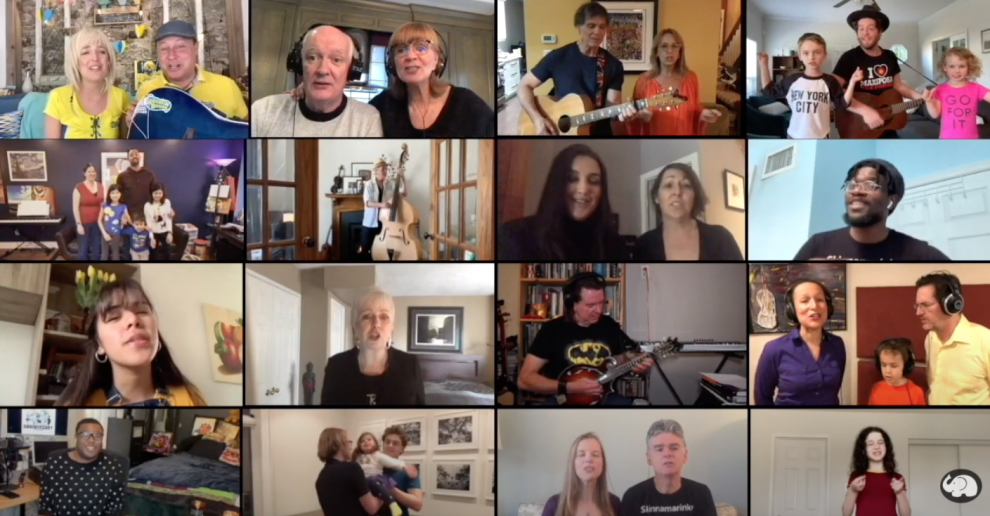 Toronto: NEW THIS WEEK! An impressive lineup of talent has joined forces in the new music video “Talk About Peace,” including iconic children’s musicians Sharon & Bram, Randi Hampson, improv comedian Colin Mochrie of Whose Line Is it Anyway?, singer/songwriter Josh Lovelace of the Grammy nominated rock band NEEDTOBREATHE, Canadian children’s music duo Splash’N Boots, and vocal coach to the stars, Elaine Overholt, along with an array of bandmates, friends, family, and superfans.

The song’s message of love and belonging offers the hope that a world in crisis becomes a world united.

“In times like these, one of the best things we can do is, as the song says, ‘talk about love, talk about peace, and talk about a world full of happiness,'” notes lyricist Randi Hampson. “With the state of the world right now, we feel this song, with its universal message of hope, needs to be sung more than ever and turned into action.”

The song “Talk About Peace” dates back more than half a century and was written by Randi Hampson’s father, Joe Hampson, who was a member of the Canadian folk group The Travellers for more than 40 years. This song was part of the fabric of Sharon Hampson’s life and family and was featured in an episode of Sharon, Lois & Bram’s acclaimed television television series, The Elephant Show, which was broadcast in the 1980s and 1990s across North America and around the world. “Talk About Peace,” updated with new lyrics by Randi and included on the JUNO-nominated Sharon & Bram and Friends album, is fast becoming a heartwarming anthem for our own time.