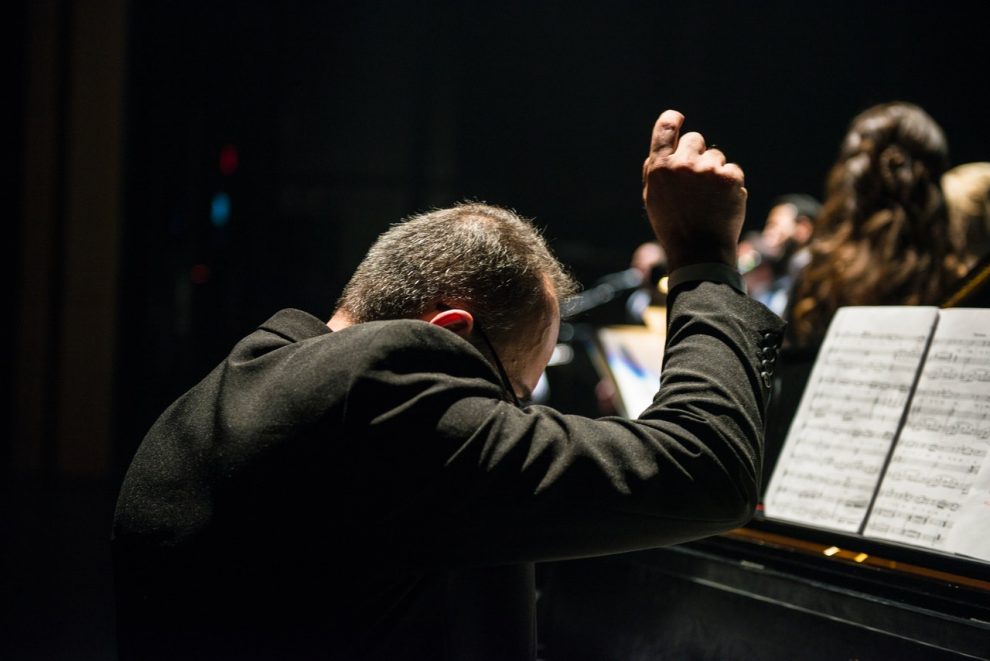 We all know what movie music typically sounds like. Lots of dramatic strings, a powerful horn section, and a slow and sappy love theme for the protagonist and their romantic interest.

There can be definite advantages to using these same basic concepts over and over. For instance, we’ve all learned to associate blaring horns with hero characters, especially superheroes.

So if a composer needs to establish a character as a hero, they can just use horns to do it.

But stagnation is a danger in any art form, and many composers are searching for ways to update the music behind the movies we love.

Artvoice had the opportunity to interview composer, arranger, and orchestrator Jano Manzali. Born in Brazil, Manzali utilizes his cross-genre background to create original scores for award-winning films and TV shows, and he feels very strongly about ways in which scores can change for the better.

We hope you enjoy our unabridged interview with Jano Manzali.

How can a composer decide whether it’s appropriate to use popular music styles in a score?

When I start working on a film, the first step is usually a meeting with the director, where we discuss in detail their vision for the film. This meeting is a great opportunity to decide what’s appropriate for the score.

One example would be an arrangement I created for the TV show “Siren.” Even though the score is predominantly electronic sounding, the showrunner suggested that I arrange one cue to sound like a rock band.

Since this cue was used when a new character was introduced, the contrasting use of rock music worked really well. I was able to use the same music theme as electronic or rock whenever that character was the focus of the scene.

Do you think major film scores will ever move away from traditional orchestration?

I think eventually they will, although we still see a lot of traditional orchestration scores in blockbuster films. I noticed that the majority of scores that win awards and receive praise are the ones that use unusual orchestration and new sounds.

Traditional orchestration is really useful for composing music that supports the picture and composers have been using it for so long that it became a staple sound for a film score. In order to stand out, many current composers have been trying different approaches and it seems to be working!

Since traditional orchestration is so effective and ingrained in the listener’s expectations, it might not go away completely, but I can clearly see major film scores slowly moving away from it.

When you’re working as an arranger, how do you choose which instrument to highlight for certain cues?

There are many factors that go into this! I usually start by examining the scene’s emotion. I might want to highlight a specific feeling by choosing a low vs. a high register instrument or a harsh vs warm-sounding instrument.

Another thing to consider is the setting of the scene. If the scene is set in a specific part of the world or time period, I might want to evoke that by using an instrument from that region/period.

Also when a character doesn’t have a specific musical theme, sometimes I use this opportunity to highlight the same instrument every time that character is on screen. This way we can create a musical connection with this character throughout the film, even if the score is playing different melodies. 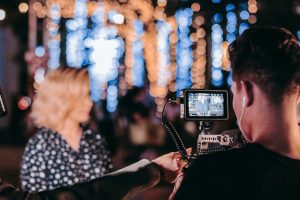 Overall, It’s also important to keep the score sounding cohesive. The ultimate goal is to create a score that has a distinctive sound, and that’s hard to accomplish if the instrument selection is all over the place.

Do you often have the chance to use elements of Brazilian music in your compositions?

Sometimes! When I composed the score for the short film “Aulas” directed by Sage Price and Annabella Casanova, I used a lot of Brazillian instruments. This decision was clearly appropriate since the film is set in São Paulo, but I also expanded upon that and used different musical elements from many other Brazilian regions and cultures.

Another example is the feature film “Out and About” directed by Peter Callahan, which I’m currently composing the score for. In this case, I decided to incorporate Brazillian instruments but played in a completely different way than one would expect from Brazillian music.

That way, it doesn’t make these elements stick out as being obviously Brazillian but instead creates a fresh, unique sound compared to using regular instruments the average listener is used to hearing.

Have electronic instruments become a bigger part of film scoring in recent years?

When I worked as lead arranger on the TV show “Siren” and the film “Boy Behind the Door,” I created dozens of custom electronic sounds based on the context of the projects.

This way, I can ensure that the sounds heard in their score are completely unique to these projects.

Another reason other composers are using more electronic instruments is that many films don’t have the budget to record an orchestra, so creating electronic-based scores can be considerably cheaper. That’s not saying they are easier to compose since it requires a completely different type of skill set to write and a lot of experimentation.

How was your experience working on “The Half of It?”

It was great! It was a fun score to work on as an arranger and I had the opportunity to use many unusual instruments in my arrangements like mellotron and harpsichord.

When creating the arrangements for the score, I also played and recorded many instruments that ended up in the final mix, such as bass, electric and acoustic guitar, ukulele, tiple, piano, and percussion. In addition to arranging and recording, I also mixed and mastered half of the cues and wrote the sheet music for the soloists we recorded.

When the film premiered earlier this year, it won an award from the Tribeca Film Festival and received high praise from many major news outlets such as The New York Times, The Guardian, and Time Magazine. This was the third Netflix film I worked on and hopefully there will be many more to come!

Besides “The Half of it,” what other projects have you worked on that have won or been nominated for awards?

Amazon Prime’s series “The Romanoffs,” which I worked on as lead arranger and lead orchestrator, won a number of awards including a couple of BMI Streaming Media Awards for its original score.

The French film “Amanda” won many awards worldwide from film festivals including Tokyo International Film Festival and Venice Film Festival. The score was also nominated for a César Award in the category of “Best Original Score.”

For those who are not familiar, the César Award is France’s national film award and is considered the French equivalent to the Academy Awards in the United States.

“Siren,” which is currently Freeform’s highest-rated TV show, won a Joey Award and was nominated for several other awards including a Teen Choice Award.

Do you have a personal philosophy when it comes to your compositions?

I guess my personal philosophy is to never get too comfortable. I always try to push myself in new directions whenever I’m working on a new project. This way I avoid repeating any ideas and am able to create something truly unique.

This approach definitely makes things harder since I’m always out of my comfort zone, but it ensures I have a completely original and distinctive score for every project I work on.

Besides incorporating new music styles, instruments, and techniques you are not comfortable with, another helpful approach is to do the opposite, to limit yourself. By restricting yourself to fewer instruments or ideas, you are forced to think outside of familiar patterns and it usually leads to creative and unexpected results.