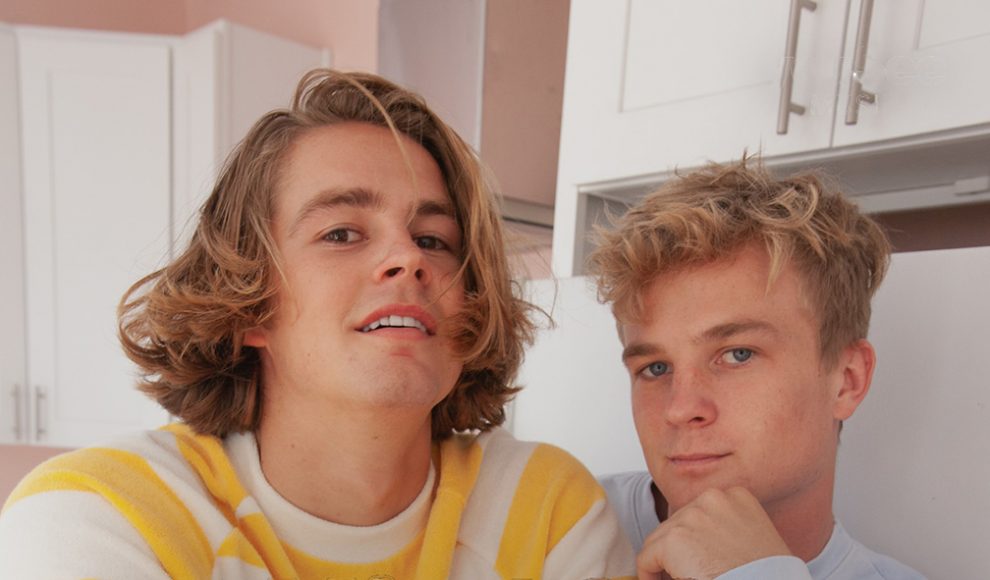 The extended video LEARN TO FLY was directed by Ivan Dixon (Childish Gambino’s “Feels Like Summer”) and produced by Sean Zwan from Studio Showoff. The original version received over 13.5 million streams. Earlier this month, Surfaces’ smash hit “Sunday Best” was certified Platinum by the RIAA, with over 1.2 billion global combined streams. Having spent over 19 weeks on the Billboard Hot 100 chart, “Sunday Best” was cited by Billboard as a “lead contender in the race for the song of the summer”.
Surfaces on why they decided to release an extended version of the song: “We weren’t really sure how everything would pan out when we started working with Elton over Zoom. It can be difficult to catch a creative wave over a screen rather than in person…but on the first day Elton had the idea to transition the song into a different mood, a more climactic-anthemic one. We loved it.  We didn’t know how to necessarily put everything into the one track, but we knew we had caught the spirit of Elton. After producing it out we realized making an extended version was probably our best bet of having everything feel cohesive…also leaving a little surprise for those of you who liked it initially!”“Having heard ‘Sunday Best’ for the first time in Australia and liking it so much, I was surprised when the guys reached out to me to sing and play a little piano on ‘Learn To Fly,’” says Elton John. “I loved the song and the production on the track they sent me.  We recorded via Zoom in LA, and it was so much fun working on a non-Elton record. These guys are terrific, and we had a blast collaborating.”

Surfaces released their third studio album Horizons on February 28. Peaking at #19 on the Billboard Hot 100 Chart, the success of “Sunday Best” skyrocketed the duo to the #1 spot on Billboard’s Emerging Artists Chart in May. In addition, “Sunday Best” is currently being used as part of the Beats by Dre campaign featuring LeBron James, Serena Williams and more.