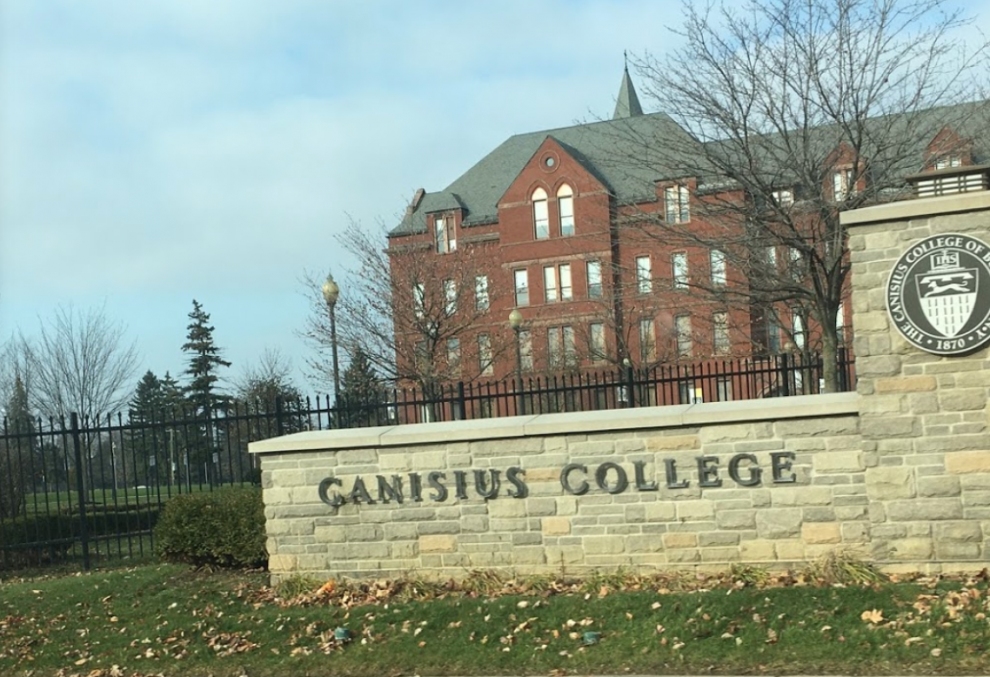 Updates on the crisis from Canisus College student newspaper The Griffin

The Canisius Turmoil Master Doc: What is going on?

By Aaron Clift
This document will be updated as I find out new information. If you have any questions, I encourage you to reach out to your professors or contact me: clifte@my.canisius.edu
Have a new development? Let me know.

As of now, everything below are proposed cuts from the Board of Trustees. No faculty have signed their terminal contracts yet, and when they do, the college will have 3 weeks to change their minds.

It is also possible that the Faculty Status Committee might rule that these cuts are, “arbitrary and capricious.” Many things could happen within these next few weeks to change things, so what we do now is critical.

o   Professor’s contracts were never renewed in the spring semester.

o   Faculty were informed by email July 3rd that cuts were coming.

o   On Thursday July 16th, faculty were informed by a simple phone call that their services were no longer needed.

o   No criteria were given as to why professors were chosen to be laid off.

o   This proposal has been made entirely by the Board of Trustees, the administration at this time appears to just be messengers.

o   The College as made no statement regarding these potential lay-offs to students or faculty, nor have professors received any letters of empathy or an explanation from the college.

–          These Layoffs also have a large majority of women and POC faculty and staff.

We, in total know if 19 names, however, not everyone has chosen to make themselves public.

o   The most vocal as of now:
– Dr. Woodward
– Dr. Rourke, who has been told she may or may not teach one more year at Canisius.

These are the layoffs we know as of now by department:

o   History: Reduced to 4 profs, picked by the department

o   Philosophy: Reduced to half, chosen by the department itself

–  Davide Salvo’s classes, as of now, are still on for next semester

–  I’ve heard 2 tenured were laid off. Waiting for official numbers

o   Physics: Rumors of one

o   Chemistry: Reduced to half, assumingly to be decided by the department

o   Entrepreneurship: Program cut, unsure of any layoffs that might occur from this.

O Most Admin Assistants have been laid off, only 3 remain in the entire College of Arts and Sciences

As of now, here are the departments not being affected:

–          Canisius if updating its core to compensate for missing majors and staff.

o   It seems Canisius is heading towards Program Prioritization

–  This means that they would essentially be focusing on highly marketable majors in order to increase admission.

–  Some of these majors might include: ABEC, DMA, Bio, Accounting, Criminal Justice, etc.

–          If students are unable to return to the dorms in September, more faculty will be laid off.

Canisius has Hired another VP

o   This announcement comes at a bad time with potential layoffs and program cuts.

o   Find out more about her here (Skip the paywall by pressing the x button where the refresh button usually is on chrome!): https://www.bizjournals.com/buffalo/news/2020/07/18/q-a-canisius-advanced-ed.html?ana=TRUEANTHEMTWT_BU&csrc=6398&taid=5f137ef6c3d9480001c443a8&utm_campaign=trueAnthem%3A%20Trending%20Content&utm_medium=trueAnthem&utm_source=twitter&fbclid=IwAR1AkESLmqBRVF9U7DgIBY90XUo1juTI37PIw8mVLKqTeo-wGCoe2jCVmS8

What do we want out of this?

We as a college community understand times are tough financially, however, the professors and students are the core of this college.

Cuts should not be made here first, we should be snipping away everything around our beloved professors and our humanities before we begin to make cuts here.

This is after faculty from the Fine Arts and German departments were already cut just a couple years ago, and even the French department just in May. The faculty made their sacrifice, it’s time for Administration or Athletics, two departments which haven’t seen any cuts, to finally take some of the blow.

Various Information about the current situation: