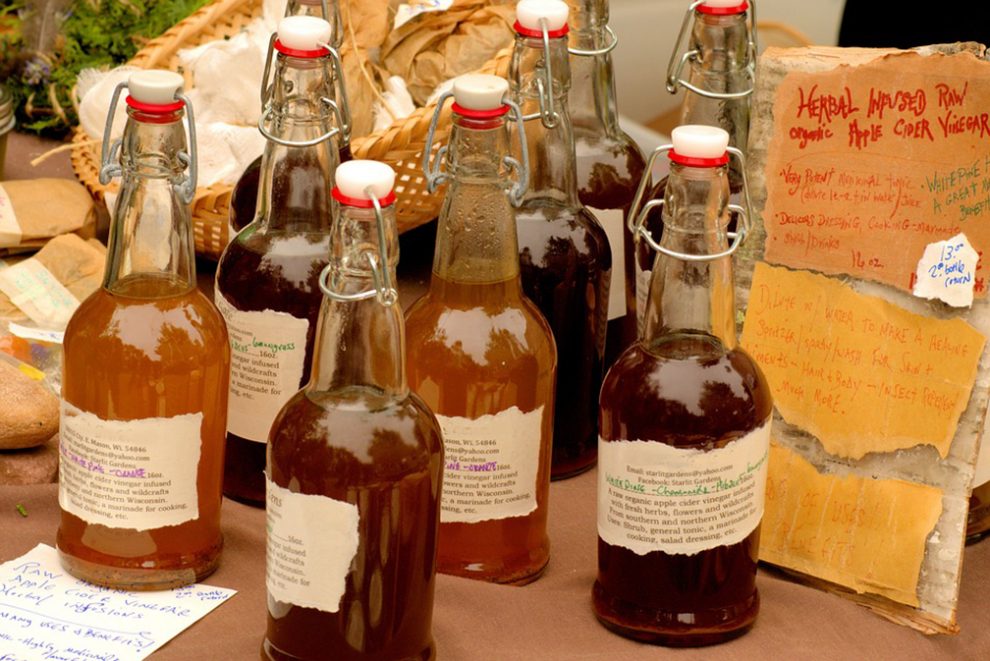 Used as a salad dressing, chutney, marinade, vinaigrette, or food preservative, apple cider vinegar that is made from fermented apples is one thing that most of us have used, and that is tasty. To make it, apples need to be crushed, extract their juice and left to ferment in tightly-sealed containers.

Right now, many health circles consider it to be full of benefits for one’s health, so the possibility of you hearing about is pretty big even if you are not that into organic nutrition. There is also another side of this so-called remedy, so let us see what its pros and cons are.

To be blunt, apple cider vinegar can’t be a quick fix that can melt fat away with the snap of the fingers. Without a proper diet and exercise, aiming for that goal is impossible. In case I was not clear, magic remedy or concoction that speeds things up a bit doesn’t exist. However, some studies have shown that this drink can help people control their appetite.

Arizona State University is a perfect example of a trial well done. They have done a study that discovered apple cider vinegar created a more stable glucose response. It also increased the satisfaction of the consumer after eating, which can aid in the efforts of losing those extra pounds.

A study was keeping an eye out on willing participants who were taking small mouthfuls of apple cider vinegar mixed with eight ounces of water just before dining. Another group of people did not sip the cider before the meal. The results have shown that the ones who did drink the vinegar, unlike those who did not, had a lower level of blood glucose.

Another study from WebMD claims that taking vinegar that is diluted in water with a starchy lunch can assist with digestion. Since it has some beneficial bacteria such as probiotics, they claim that it prevents constipation and gives better immunity while also nourishing the health of the gut.

The National Institute of Health pointed out in several observations that were published by them, that all kinds of vinegar have rich sources of polyphenols.

It turned out that the apple cider one has more of these plant-based antioxidants than wine, balsamic and other types of vinegar combined.  By gathering information from these useful resources we can conclude the following. There are some advantages to consuming this tasty liquid. As you can see there are numerous benefits when it comes to apple cider vinegar, which is confirmed by these various organizations.

One should not be putting all of their faith in a temporary solution or a fast one as I have mentioned before, even if that is apple cider vinegar. For example, diabetes. According to diabetes lifestyle coaches from Tufts University, to keep your diabetes under control would mean that you need to have a healthy overall lifestyle.

That would mean diet, which is the most important aspect, then exercise and using the right medication. As stated by some other researches, the conclusion has been made that the apple cider vinegar has a link with gastroparesis.

Gastroparesis is a condition that diabetics are prone to and it reduces the rate of the stomach being emptied. The reason is that the cider increases acid in one’s gizzard and that puts too much stress on the body and the whole system. It is very acidic, so the analysis recommends to never drink the liquid by itself, but rather to take it in as a few tablespoons with a glass of water.

WebMD has also published yet another research. One Japanese study has monitored what are the effects of apple cider on one hundred and seventy-five healthy, yet obese individuals. The experiment lasted for twelve days.

They all had similar diets except for the vinegar. The outcome has shown that those who drank the liquid have lost about two pounds in comparison to those that did not use it. The bad news was, that they all have gained back their original weight as soon as the study has ended.

Consuming apple cider vinegar has become a very popular health trend. Some claims talk about its benefits and others that are talking about its disadvantages. To be on the safe side, the best solution is to make an informed decision and not to go to extremes since our health is the most important thing we have.