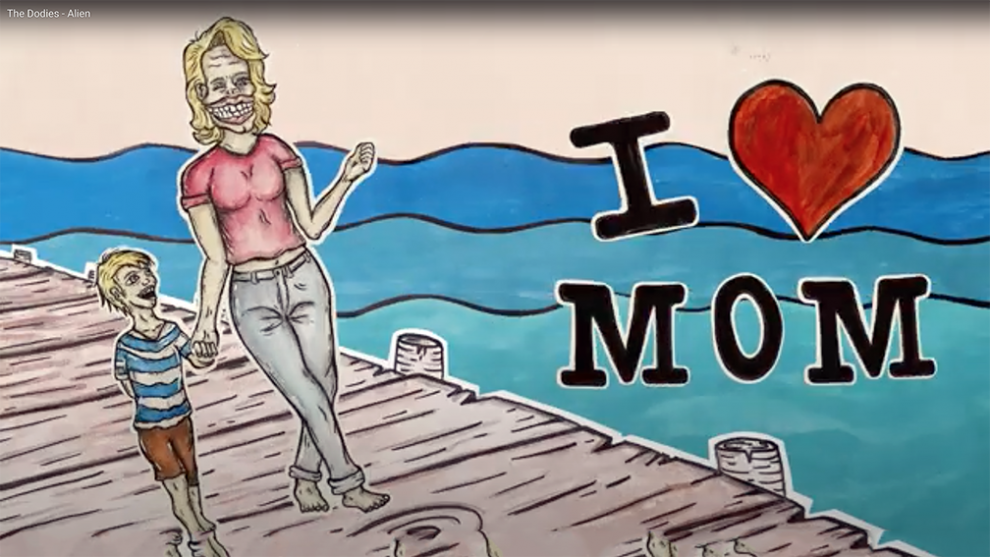 THE DODIES are a young garage rock duo from the southern desert of Israel. Yoni Avittan fronts the band as lead vocalist and guitarist, as Ran Aronson sings backing vocals while simultaneously playing bass lines on keyboard with one hand and playing the entire drum kit with the other.

“The last few months’ unfortunate events have given us a lot of unexpected free time,” said  So we decided to use that time and make something we had never attempted before – making an animated music video. At first, the song Alien may sound intense for the cartoons we created. But the more you watch the video, the more you realize it fits the song perfectly. Thanks to all the nuances we worked on for months, the final result accurately captures what The Dodies are all about. This is, without a doubt, the most ambitious video we have made.”

She’s a success as a pessimist
It’s our time to shine
Wish that I had a future so I
Could change back my mind
Left is for Satan, sitting and waiting
Something should come
Wind in my face
A sign I embrace
The superstition