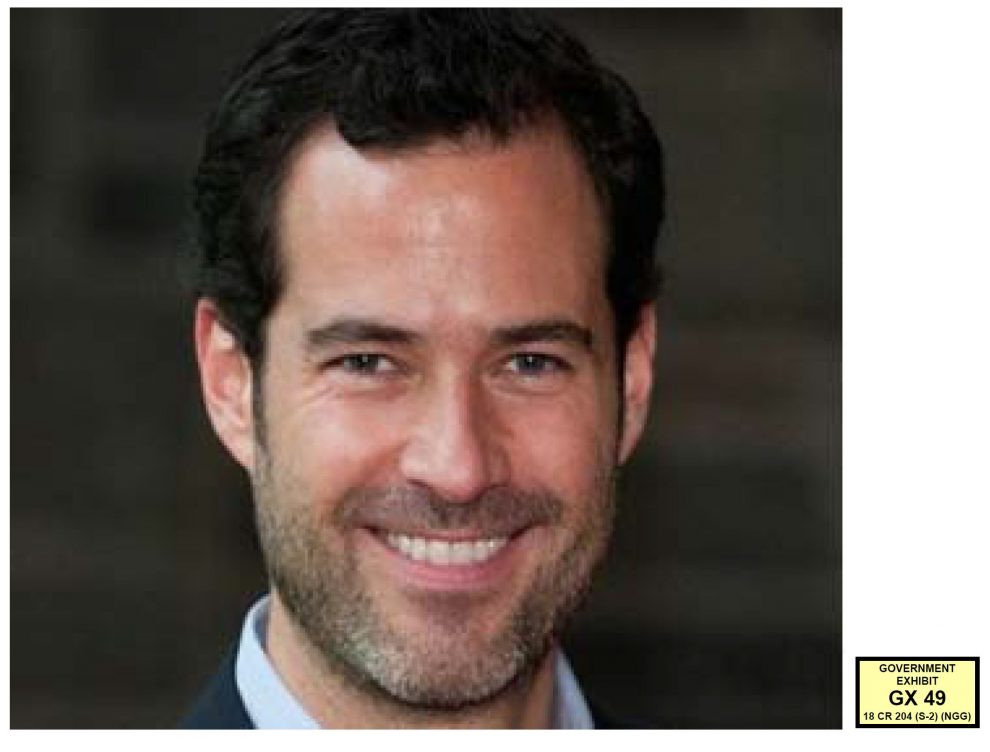 The following is a translation, done in part by Google translation and in part by myself. The story comes from Infobae in Mexico and is entitled El millonario negocio que haría el hijo de Salinas de Gortari con el gobierno de Morena en Baja California

Translated that reads: The millionaire business that Salinas de Gortari’s son would do with the Morena government in Baja California

The subheadline is: The business is a photovoltaic solar plant project that will supply electricity to the Río Colorado-Tijuana Aqueduct, with a 30-year contract.

Readers of Frank Report are well aware of Emiliano Salinas, the son of former Mexican President Carlos Salinas. Emiliano was the head of Nxivm operations in Mexico and a member of the international board of Nxivm.

He was in effect fifth in command behind Keith Alan Raniere, Clare Bronfman, Sara Bronfman and Nancy Salzman.

He worked at times spying on enemies of Nxivm and was involved in a plot to lure American women to Mexico in order to falsely imprison them, have them raped, and possibly killed. He also, with his partner, Alex Betancourt, used his influence in corrupt Mexico to threaten and intimidate Nxivm whistleblowers who wanted out of the cult after Frank Report revealed the cult was branding and blackmailing women.

But Emiliano got out and so did Alex. They got ‘stunk up’ pretty bad in the Mexican press and their names will forever be associated with the odious cult and their despicable leader, Raniere.

My sources tell me that Salinas now repents of his long association with Raniere. It is not clear that he has done anything to make amends to the people he has hurt.  It is strange to note that in the Neil Glazer lawsuit Salinas is not named, neither is Betancourt – two deep-pocketed individuals who did a lot more to hurt others than some of the defendants named in that suit.

Salinas was the virtual enforcer of Nxivm, ensuring that enemies were rightfully scared of Raniere in Mexico and what he and Alex did to Toni Zarattini should land him in prison – not get him a get-out-of-a-lawsuit card.  But I don’t tell anybody how to run their businesses or lawsuits.

I know one thing, Salinas helped make a lot of victims suffer – and, as far as I know, he has done nothing about that.

Meanwhile, he wants a life of wealth and luxury, utilizing the stolen billions his father, as president, took from the Mexican people.

Here is the story in Infobae

After the international scandal of Emiliano Salinas Occeli for his connection with the Nxvim sect of sexual slavery and with its leader Keith Raniere, Emiliano is now doing big business with Governor Jaime Bonilla in Baja California. They have a photovoltaic solar plant project that will supply electricity to the Río Colorado-Tijuana Aqueduct, whose contract will be for 30 years.

[Editor’s note: A photovoltaic power station, also known as a solar park or solar farm, is a large-scale photovoltaic system designed for the supply of merchant power into the electricity grid.]

The son of former President Carlos Salinas de Gortari is waiting for the tender which will be next September and presumably would favor the Cardinal Order (Orca Energy) consortium chaired by Federico Gabriel Valenzuela Peña, a close friend of Emiliano Salinas Occeli, according to information obtained by journalist Raúl Rodríguez Cortés published this Friday in the El Universal newspaper.

Salinas Occeli, current vice president of Prorsus Capital, [ed note: He is in partnership with Betancourt] would also have a working relationship with Orden Cardinal, whose company already supplies the energy that guarantees the operation of the aqueduct that goes from the Colorado River to Tijuana and supplies water to that important border city and to Mexicali.

The objective of the project is to supply the energy necessary to supply water to the coastal area of ??Baja California. To meet this goal, a contract was underway for the construction in Rosarito of a seawater desalination plant, which was terminated two weeks before the aforementioned legislative approval.

Governor Jaime Bonilla Valdez presented a debt initiative for 6 billion pesos [about $264 million USD] for a private company to sell electricity to the entity.

The above, after the cancellation of the Rosarito desalination plant, which implied a debt of 7 billion pesos for Baja California.

According to the 23-page document prepared by the Ministry of Infrastructure and Urban and Territorial Development (Sidurt), the entity has an energy deficit and, therefore, a “Mexican” private company will be sought to provide it by building a photovoltaic solar plant. One of the conditions that must be met is to maintain electricity rates.

[Ed Note: In short, Emiliano will likely be bidding on a $263 +/- million contract to provide some electricity to Baja and he might just have the edge with his contacts.]

Although the document does not establish what type of contract would be established with the private company, nor the amount, two weeks ago it was explained to the deputies that it would be for 270 million dollars and that the government would provide the resources.

According to the exchange rate of the Bank of Mexico (22.34 pesos per dollar), the debt would be 6,331 million 800 thousand pesos.

For her part, Karen Postlethwaite Montijo, Secretary of Infrastructure, Urban Development and Territorial Reorganization of Baja California (SIDURT), reported that a group of entrepreneurs will invest $200 million in the construction of the photovoltaic solar plant to provide electrical energy to the Río Colorado Aqueduct- Tijuana.

“It is estimated that what developers will invest for Baja California in the construction of this plant is over 200 million dollars,” said the government official of Jaime Bonilla Valdez.

Investors will also allocate capital for the construction of infrastructure, which will generate a large number of direct and indirect jobs for its function and maintenance.

According to the National Center for Energy Control (CENACE), Baja California has an approximate deficit of between 400 and 480 megawatts (MW) during the summer period.

The government annually pays more than a billion pesos a year in energy consumption a year to carry water to Tijuana and Tecate, the infrastructure ministry said.

The main benefit is the sale of energy to the aqueduct at a better price than currently paid and the possibility of reducing approximately 20 percent of the energy deficit in Baja California.

During the summer in Mexicali, for example, he explained, there is a deficit of up to 500 megawatts, a problem that has been addressed with temporary measures.

Of course, no one is saying that if Salinas can provide a fair and honestly bid proposal to provide energy for Baja, that this is intrinsically wrong.  It would be wrong if he has the inside track because of his connections and the public could have gotten a better deal if there were open and transparent bidding.

However, it is time for Salinas to come forward and explain his role in Nxivm. Federal prosecutors said that he was a criminal coconspirator in the Nxivm racketeering enterprise. He could have been charged. It is unclear why he was not charged.

Now he gets to walk away and make millions off the people of Baja without a word of explanation about his role in Nxivm and it seems not a dollar for the many victims of the vicious cult he led for more than 15 years?

The Inner Circle – Who’s Still in and Who’s out of Nxivm: Part 1 — The Dancers Led By Nicki Clyne
Unsealed Transcript of Giuffre Phone Call With Lawyers Paints Lurid Picture of Debauchery of Maxwell and Epstein — But Is Giuffre Telling the Truth?