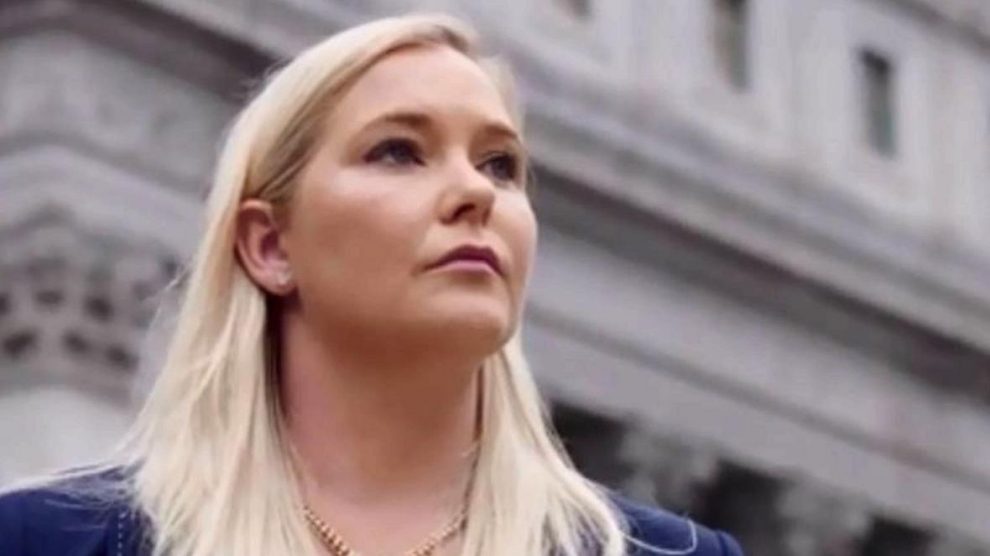 A never-before published transcript of a 2011 phone call between Virginia Giuffre and her lawyers, Brad Edwards and Jack Scarola, was released last week, part of a number of newly unsealed court documents from Giuffre’s 2015 lawsuit against Ghislaine Maxwell.

Maxwell’s lawyers fought to keep the documents under seal, claiming they could harm the reputations of high-profile people. Maxwell  also claimed that Giuffre [formerly Virginia Roberts] is a liar who has concocted her stories.

The seal was partially lifted by a judge on Thursday following Maxwell’s arrest on sex crimes charges and perjury last month.  Maxwell could face up to 35 years in prison if convicted. The indictment says Maxwell “assisted, facilitated, and contributed to Jeffrey Epstein’s abuse of minor girls by, among other things, helping Epstein to recruit, groom and ultimately abuse victims known to Maxwell and Epstein to be under the age of 18”.

Epstein, a multi-millionaire financier was the subject of state and federal investigations since the mid-2000s for allegedly recruiting underage girls for illicit massages and sex.  Epstein avoided federal charges involving allegations of abuse against nearly three dozen girls by agreeing to plead guilty to minor charges in Florida state court. He served 13 months of an 18-month term in a county jail.  He was charged again, in July 2019, in a two-count federal indictment for child sex-trafficking and conspiracy for alleged crimes in New York and Florida between 2002 and 2005. Epstein died in prison on August 10, 2019 as he awaited trial on sex trafficking charges. His death was ruled a suicide, though some believe he was murdered to ensure his silence.

The events Giuffre is describing in the recently unsealed transcript of the phone call occurred in the 1990s and concern her relationship with Epstein and Maxwell.

Whether Giuffre is telling the truth, half-truth or largely fabrication, she relates a fascinating story of debauchery and hebephilia that would rival the excesses of the Caesars. Here are some excerpts from the transcript of the 2011 phone call:

Lawyer Jack Scarola: What instructions were you given [by Epstein and Maxwell] about what to look for [in girls to bring to them]?

Giuffre: Young, pretty, you know, a fun personality. They couldn’t be black. If they were any other descent other than white, they had to be exotically beautiful. That was just about it…. They both gave us the instructions, and it wasn’t just me, Jeffrey asked most girls to bring a friend and make extra money.

Giuffre described her first sexual encounter with Epstein and Maxwell at his Florida mansion, after Maxwell recruited her while she worked at Donald Trump’s Mar-a-Lago club nearby.

The age of consent in Florida is 18.

Giuffre: I was introduced to Jeffrey. He was laying naked on top of the massage table, and obviously for one, I’m a 15-year-old girl and seeing him on the table was weird but, also learning about anatomy and massage, I thought this would be part of it.

She said that after 40 minutes Epstein rolled over, exposing himself, and Maxwell instructed her to take off her Mar-a-Lago uniform.

Giuffre: I was there with just my undies on, and she was completely bare, and made some kind of little flake about the underwear that I was wearing. I was expected to lick his nipples, instructed on how to do so by J.E. [Epstein] and give him oral sex while he wanted to fondle me, and then at the end, I was told by Ghislaine to get on top and straddle Jeffrey sexually.

Giuffre told her lawyers that she was pimped out to at least eight of Epstein’s male friends. She did not name them in the 2011 phone call.

“Dershowitz never met Giuffre and never had sex with her,” lawyers for Dershowitz wrote in court papers.  “… Giuffre is a liar. She has told numerous provable lies about her age, who she has met, whether she had emails concerning Dershowitz, and other fabrications, in addition to her false accusations about sex with Dershowitz.”

Prince Andrew told the British Broadcasting Corp. “I’ve said consistently and frequently that we never had any sort of sexual contact whatever.”

Giuffre claimed in court records and deposition testimony she had sex with the prince on two occasions when she was 17, in London and in New York, and a third time when she was 18, at Epstein’s private island estate in the U.S. Virgin Islands.

Asked by BBC presenter Emily Maitlis about those allegations, the prince replied, “No. All of it. Absolutely no to all of it.”

Included in Giuffre’s filings was a photograph of Prince Andrew with his arm around Giuffre’s waist, while Maxwell smiled in the background. Giuffre claimed she was 17 when the photo was taken in 2001, on the second-floor landing of Maxwell’s London home, and that she had sex with the prince shortly after the photo was snapped. Giuffre also claims she dined, drank and danced with the prince at Tramps nightclub, and that he sweated profusely on the dance floor.

Prince Andrew said he did not remember meeting Giuffre.

Prince Andrew also said that on the date of the alleged sexual encounter with Giuffre, he was with his daughter, Beatrice.

Prince Andrew: I was at home I was with the children, and I’d taken Beatrice to a Pizza Express in Woking for a party at, I suppose, sort of 4 or 5 in the afternoon. And then, because the Duchess was away, we have a simple rule in the family that when one is away the other one is there. I was on terminal leave at the time from the Royal Navy so, therefore, I was at home…  I’m convinced that I was never in Tramps with her. There are a number of things that are wrong with that story, one of which is that I don’t know where the bar is in Tramps. I don’t drink, I don’t think I’ve ever bought a drink in Tramps whenever I was there.

As for Prince Andrew’s denials, Giuffre said, “He knows exactly what he’s done, and I hope he comes clean about it.”

In the recently unsealed transcript of her phone call with her lawyers, Giuffre named celebrities who she claimed traveled on Epstein’s private jet, the Lolita Express, including Bill Clinton and Al Gore, models Naomi Campbell and Heidi Klum, Simpsons cartoon creator Matt Groening, and the granddaughter of documentarian and explorer Jack Cousteau.

From a statement issued by Clinton: President Clinton knows nothing about the terrible crimes Jeffrey Epstein plead guilty to in Florida some years ago, or those with which he has previously been charged in New York. In 2002 and 2003, President Clinton took a total of four trips on Jeffrey Epstein’s airplane: one to Europe, one to Asia, and two to Africa, which included stops in connection with the Clinton Foundation. Staff, supporters of the Foundation, and his Secret Service detail traveled on every leg of every trip.

Steve Scully, a 70-year-old former worker on the island, told a Netflix documentary earlier this year that he saw Clinton sitting with Epstein on the porch of the island’s villa.

Giuffre was asked about the women she saw Maxwell have sexual contact with.

Giuffre: There’s so many. I don’t know where you want me to start. There were blondes, there were brunettes, there were redheads. They were all beautiful girls. I would say the ages ranged between 15 and 21. There was quite a few girls and it was, excuse me if I’m saying this in an in explicit way, but I don’t know how else to say it…  girl on girl action. So there was a lot of – what’s the word for it? Licking, licking vaginas, breasts. Fingers being used. She was involved with that.  I remember specifically… I had to go down on Ghislaine. Jeffrey was there as well. We’re still by the pool with lots of girls…. beautiful, tall, some were blonde, some were sandy brown.”

She said the women or girls did not speak English and spoke in a European language that Giuffre guessed was Russian or Czech.

A ruling by the US Court of Appeals last year led to the release of over 2,000 previously sealed documents in Giuffre’s defamation lawsuit against Maxwell.  A New York federal judge is now deciding whether to release more documents in the case.

Maxwell has filed motions seeking to keep the documents under seal since they will unduly prejudice her pending criminal case.

Police reports and flight logs from Epstein’s private jets have already been unsealed.

A 2016 deposition of Maxwell is due to be released on Monday.

Life After Nxivm? Emiliano Salinas Has New Business Plan – to Get Electricity Contract for Baja Mexico – as He Walks From Nxivm Unscathed and Untouched
Is Allison Mack Still Communicating with Nxivm and in Love with Raniere?
Comment