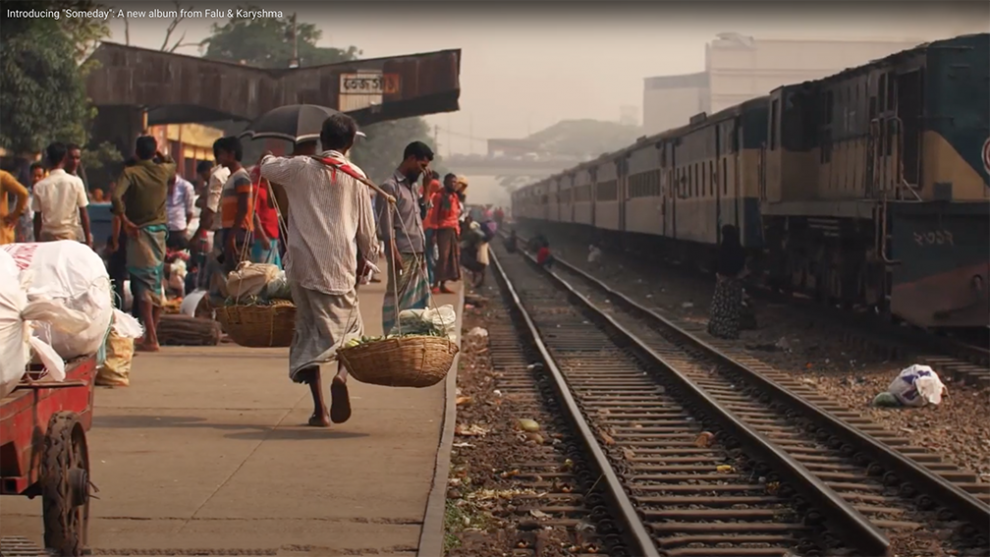 Last week, India’s Falu & Karyshma, who now live in the U.S., announced an EP called Someday (August 28), the group’s interpretations of centuries-old traditional Indian music with common themes of hope and unity. The band, comprised of four Indian-born musicians who’ve immigrated to the United States, previously have performed at the White House for the Obamas, as well as India’s official Independence Day celebration and the TIME 100 gala. Falu Shah, the group’s vocalist, has been named one of the “most influential global women” by The Times of India and was the only female GRAMMY nominee from India last year.
Today Falu & Karyshma have also shared the song “Bheegi“ from the upcoming EP, often sung during India’s devastating monsoon season.