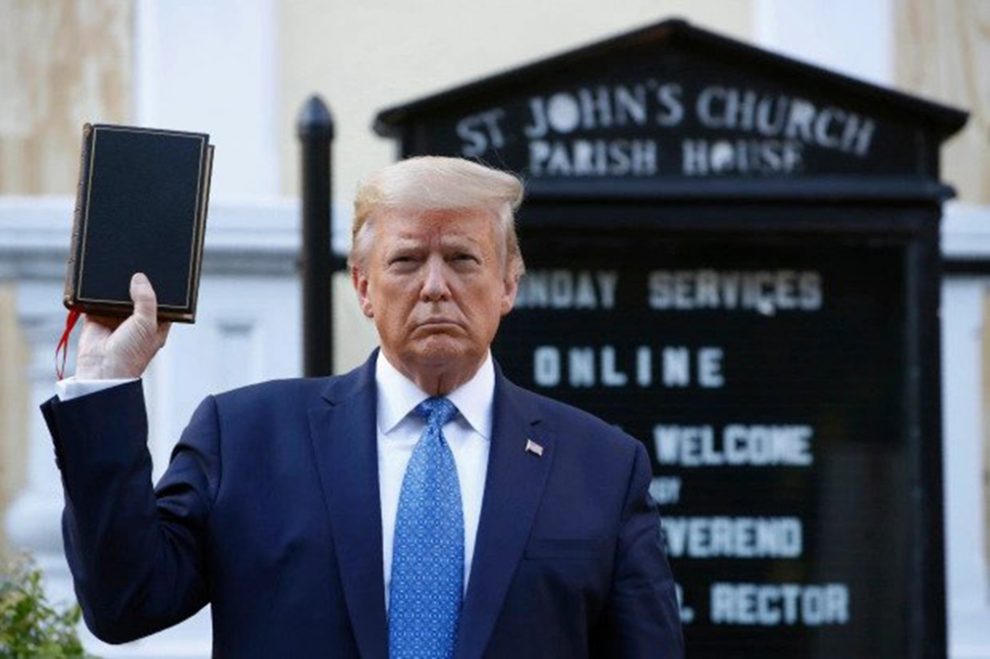 Racism is much stronger among America’s white Christians than among churchless whites – and it always has been.  That’s the message of a new book by social analyst Robert Jones, head of the Public Religion Research Institute.

White Too Long: The Legacy of White Supremacy in American Christianity contends that white churches didn’t merely adapt the nation’s surrounding racism  – but actually fostered it, locking it into the culture.  Today, white Christians display more prejudice than non-Christians.

Here’s a sample: Public Religion Research Institute agents asked thousands of people whether police killings of unarmed black men are mere “isolated incidents” or if they reveal deep-rooted hostility to African Americans.  Among white evangelicals – the heart of the Republican Party – 71 percent chose “isolated incidents.”  But only 38 percent of churchless whites agreed.

Another example:  Some 86 percent of white evangelicals think the Confederate flag is “more a symbol of southern pride than of racism” – but only 41 percent of non evangelical whites share that view.

When Public Religion Research Institute interviewers read this statement – “Generations of slavery and discrimination have created conditions that make it difficult for blacks to work their way out of the lower class” – churchless whites agreed at a much higher rate than white Christians did.

Personally, when I grew up in the 1940s, racism was absolute in America. Blacks were treated as an inferior subspecies.  They were forced to live in squalid ghettos, forbidden to enter all-white restaurants, hotels, theaters, pools, parks, clubs, schools, neighborhoods, jobs and the rest of white society.  White supremacy steeped America so much that it seemed normal.

I became an adolescent newspaper reporter in the early 1950s, when the civil rights movement barely had begun.  In a staff meeing, our editor vowed that our paper never would print “nigger weddings.”  Later, under a new publisher, the paper became a fierce crusader for integration and equality.

The private lake where I lived had bylaws requiring members to be “white Christians,” excluding Jews also.  When I filed a proposal to admit minorities, leaders panicked and canceled the annual meeting.  But the lake eventually integrated. (Technically, I didn’t fit the Christian requirement, because I was a renegade Unitarian.)

At that time, I didn’t notice that white churches fostered segregation any more than all other elements of society did.  But I defer to the greater knowledge of Jones, who has spent his life studying this field.

President Trump, who has put white supremacy front and center, has brought these issues from just barely below the surface into plain view….  White Christians have inherited a worldview that has Christians on top of other religions, men over women, whites over blacks.

James Haught, syndicated by PeaceVoice, is editor emeritus of West Virginia’s largest newspaper, The Charleston Gazette-Mail and author of 12 books.