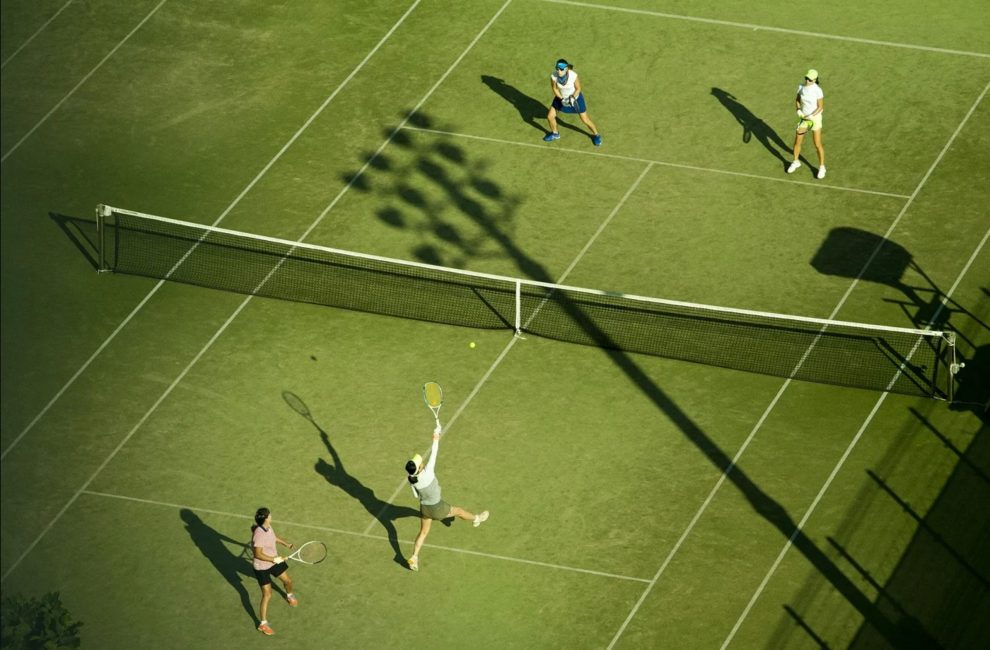 The two worlds of tennis and fine art have always been seen as elitist, with detractors citing lack of inclusivity, and self-proclaimed experts in the field truly believing they’re the protectors of haute culture, which to their mind the commoner masses are out to destroy.

It, therefore, comes as no surprise that tennis players and artists have long been obsessed with each other.

Here are some works of art that have depicted tennis courts, players, and coaches down through the years, whether it be via literature, art, film, or music. We will even look at some tennis players who delved into the art world themselves.

It’s a book which if it were to be released in contemporary times may well have incurred the wrath of censors. This masterpiece by the Russian literary giant followed a story told by a wholly unreliable narrator as he obsessively followed the object of his desire.

That desire reaches its climax in a famous scene set on a tennis court, with the protagonist entranced by one particular player as she undertakes the rigors of the game.

This classic novel is revered by many as the best of all time as it continues to sell well in bookshops wherever they may be.

Another novel, and this time one that gave a more modern take on the game, with one of the plot’s interwoven storylines following the goings-on at an elite tennis training facility in the US.

Far from the glorification of the sport that took place in Nabokov’s work, Foster Wallace appeared more interested in plumbing the depths of middle-class America, including its reliance on certain substances and social pretence.

Anyone who ever watched a live professional tournament will know exactly how important acoustics are to the game of tennis.

This is exactly what composer Robert Rauschenberg wished to portray in his work entitled Open Score, where he had an orchestra mimic the sounds made on a tennis court.

For many painters through the ages, amateur tennis players have inspired far more art than those professionals who compete at Flushing Meadows or Wimbledon.

English artist Eric Ravilious was one such painter, who through his work depicted the wholly impractical clothing that especially women were expected to wear on court, and that the likes of Serena Williams wouldn’t be seen dead in at the US Open.

When they are not appearing in US Open betting lines, WTA stars based in the States love nothing more than to get involved in the artistry of fashion.

Serena Williams has her very own fashion line and is a brand ambassador for multiple high-end labels.

Meanwhile, young guns such as Naomi Osaka have also started giving Serena a run for her money both on and off the court, with Osaka recently staging a fashion show alongside designer Hanako Maeda.

With many former pro players mixing with royalty and celebrities, it is natural for them to be drawn into the world of art collecting and dealing.

One former player who embraced this wholeheartedly is retired Polish ace Wojciech Fibak, whose long-held passion for art started at the age of just eighteen when he bought his first piece.

He is now one of the foremost collectors of classical and modern Polish artwork, which he displays in his very own art gallery in the centre of Warsaw.

Another player who is also an avid art collector is John McEnroe who has acquired pieces by artists as famous as Jean-Michel Basquiat and Ed Ruscha.