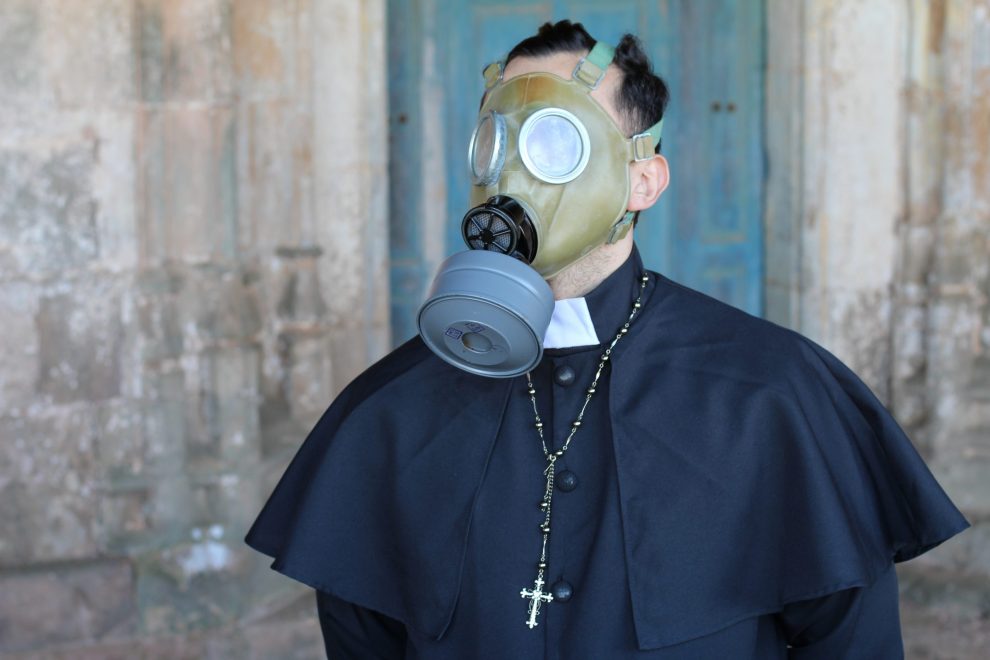 Who threatens the power structure so much and wields a strength so enormous that the enslavers who would enslave are willing to give up their most valuable asset just to shut them up?

Throughout the ages, churches have been the pillars of community, places to go for succor, for prayer, for a sense of belonging, of advice – not only of a spiritual nature, but also of a political nature.

Did you know that churches are not required to report to any governmental agency unless they do one thing?

The constitution of the United States of America says this in the First Amendment:

“Congress shall make no law respecting an establishment of religion or prohibiting the free exercise thereof; or abridging the freedom of speech.”

Let’s break this down:

‘Congress shall make no law respecting an establishment of religion’.

Either way you look at it: CONGRESS SHALL MAKE NO LAWS REGARDING THE ESTABLISHMENT OF RELIGION.  PERIOD.

They did not want to have to pay tax or tithe to a religion that they were not a part of.  Nor, did they want to be under the tyranny of a government that mandated they do so or mandated how they should think.

That was one of the things (and notice it is the FIRST clause in the amendments) that they were fleeing from when they came here.  They wanted to be able to worship as they pleased and not be under the control of the Government when it came to how they worshipped.

Therefore, one can see that it is the Government who is restricted by this amendment, NOT THE CHURCHES.

There is an enormous amount of research which one can do into this subject and one is encouraged to do so.  The salient point is that the framers of the Constitution did not want churches of any kind to fall under any jurisdiction of the government.  PERIOD.

So, who is restricted by this clause?

The government is restricted.

But, if the church has so much power, why then have they been so silent throughout this pandemic?

…‘or prohibiting the free exercise thereof; or abridging the freedom of speech’

Churches were to be autonomous – without government interference.  Which means, that the pastor could say whatever he wanted to his congregation and those that wanted to listen could do so.  There were to be no restrictions on the free exercise of one’s beliefs.

Politicians have absolutely no right to interfere with this.

But, again, why have they been so silent?

Because they have all done one thing…

Something very insidious occurred in 1913.  The Bankers were not too happy with this clause because it meant that churches could operate as they pleased, say what they pleased, and not have to pay taxes or be subject to oversight by the government.  They saw people flocking to the churches listening to the man in the pulpit and they realized that they must do something to stop this heinous practice of worshipping as one pleased and saying what one believed.

So, while working within the framework of the Constitution, they pulled a fast one, on just about everyone.

The ONE thing that churches do that silence them

With the advent of the central banking system and that IRS code, the clever blokes of the Banking Cartel devised the Non-Profit Status or 501c3 status of the IRS code and convinced churches all across the nation that in order to be a church and accept donations, the church MUST be classified as a 501c3 non profit which EFFECTIVELY BROUGHT THEM UNDER THE JURISDICTION OF THE GOVERNMENT.

To make it seem as if they are NOT under government restrictions, the churches still do not have to pay taxes, BUT they DO have to report donations to the IRS so that the bankers can keep track of all the monies coming and going out of the organizations.

Now the government can control and monitor the churches.  BRILLIANT.

The very fact of bringing churches under the federal tax code, even though they are exempt, brings them under the purview of the IRS.  They must now adhere to the regulations put forth by the IRS.  The sad part of all of this is, is that the churches did so “willingly”.  Acting under the false notion or advice from their attorney or tax advisor, they willingly entered into an agreement with the State.

Being a 501c3 organization gives the apparency of ‘freedom’ of religion, while curtailing the free exercise thereof.

Churches operating under 501c3 status, are now ‘entities of the State’ and therefore subject to the vagaries of law.

In Part 2, of this series you will see the long list of prohibitions the churches subject themselves to simply by being a 501c3.

From 1913, until 1954 churches were happily thinking that they were free to practice their religion as they pleased and did so, just so long as they filed their 501c3 tax filings.

In 1954, something even more cunning happened to the churches and which is WHY they are so silent today.

In 1954, Congress approved an amendment by then Sen. Lyndon Johnson to prohibit 501c3 organizations, which include charities and churches, from engaging in any political campaign activity.

They are no longer simply ‘churches’ they are organizations which are part of the tax code, therefore, now they can be controlled and regulated. The government can control organizations under its purview and being a 501c3 organization makes that possible.

In 1987, Congress amended this language which put tighter clamps on the churches clarifying that the prohibition also applies to statements opposing candidates.

Currently, the law prohibits political campaign activity by charities and churches by defining a 501c3 organization as one “which does not participate in, or intervene in (including the publishing or distributing of statements), any political campaign on behalf of (or in opposition to) any candidate for public office.”

The IRS, Sec. 501(c) of the IRS Code requires that a tax-exempt religious organization,

“may not attempt to influence legislation as a substantial part of its activities and it may not participate at all in campaign activity for or against political candidates.”

A pastor may speak out on an issue or political party or certain principles, may engage in ballot measures, conduct educational meetings, distribute educational materials, discuss policy issues in an educational manner, but cannot participate in campaign activity for or against political candidates, or make the bulk of their activities involving the influencing of legislation.

Pastors and priests have spoken out against governmental oppression and slavery since the dawn of time, but with the advent of the tax code, it ‘forbids’ the church from doing that.

Churches are now petrified to speak out lest they lose their tax exempt status.

Churches should not have to HAVE a tax exempt status to begin with.

This was so sneaky and so well contrived, that no one really saw it coming because it has the APPARENCY of being a good thing.

This effectively put a muzzle on one of the strongest voices in the world – the church.

CHURCHES must be very dangerous opponents to some…

The church wields ENORMOUS power and the bankers know this. Therefore, they must be under control.  By making them a willing ‘entity of the state” is how they brought them under control.

Now, do you understand why the churches have been SO SILENT?

What if churches could play the same game and get around this tax code and regain their power without government interference?

Stay tuned for Part 2 for the full list of prohibitions imposed on the church by being a 501c3 and how to still retain your inalienable constitutional rights afforded by the Constitution, remain tax free be able to obtain tax free donations without regulation of the government.

Click here to post a comment
SAT SEPT 12: 300th Anniversary Celebration of the First Trading Post in Niagara, Le Magazin Royal
Contrary to Trump’s Claims American Workers Have Been Given a Raw Deal Throughout the Trump Era