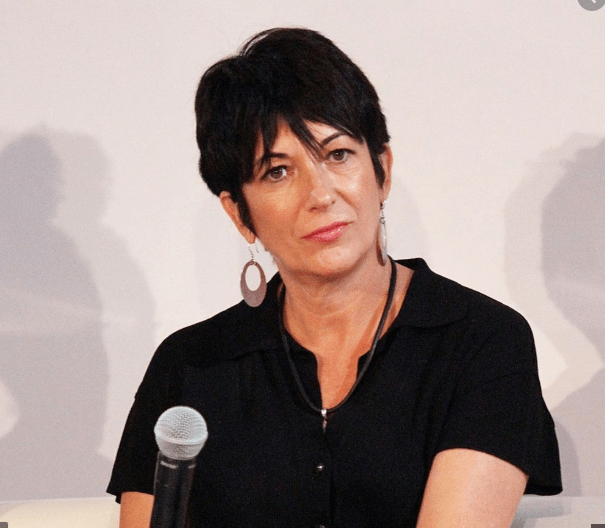 Over the past few days, numerous media outlets have reported that Ghislaine Maxwell was the first prisoner at MDC to be allowed an in-person meeting with her attorneys since the Bureau of Prisons imposed its COVID-19 rules last July.

She met with attorneys on Friday August 28.

Based on a letter filed by his lawyers with the court, Nxivm leader, Keith Alan Raniere, also housed at MDC, met with his attorneys prior to August 27.  Raniere is awaiting sentencing on October 27 for his conviction on sex trafficking, forced labor, racketeering and other charges.

The letter, written by attorney Marc Agnifilo, states: “Prior to the filing of the government’s sentencing memorandum, counsel met with
defendant.”

The government filed its sentencing memorandum on August 27, one day prior to Maxwell’s first lawyer meeting.

Obviously, if Raniere met with lawyers prior to August 27, he met with them by at least a day.

MK10ART’s portrayal of Ghislaine MaxwellMedia outlets however reported that Maxwell was first:

The Daily News broke the story on August 28th reporting that “Ghislaine is (the) first federal inmate in New York City to receive (an) in-person visit since the start of the pandemic”.

CNBC followed up on the same day that “Ghislaine Maxwell is (the) first inmate to get in-person lawyer visit at NYC jail since COVID-19 restrictions”.

The Telegraph reported on August 30th that “Ghislaine Maxwell has reportedly been allowed an in-person visit by her legal team in what is believed to be the first permitted in a New York federal jail during the pandemic lockdown”.

And the Daily Mail reported early today that her August 28th meeting with her attorneys “…reportedly marks the first time a federal inmate in NYC (was) allowed an in-person visit since the start of the pandemic”.

“I’m incredulous really that she was the first one when there are those of us who have been waiting for nearly six months to have an in-person visit with our clients,” said Susan Marcus, a lawyer with clients at MDC who could face the death penalty in their cases.

Similarly, Sean Hecker, an attorney who has recently been involved in litigation over the sub-par conditions at MDC, expressed anger at the fact that Ghislaine was the first inmate at MDC to be able to meet with her attorneys in almost four months. “It is outrageous that the first in-person visit would be granted to a well-heeled British socialite who the President of the United States stated that he wished well,” said Hecker.

[The New York Post did seem to get it right. They reported that Maxwell was the second detainee to get a meeting with lawyers, but they did not name the person who got the first meeting. https://nypost.com/2020/08/28/ghislaine-maxwell-gets-a-privileged-in-person-visit-with-lawyers/]

We at Frank Report thought it odd that Raniere’s attorneys did not join in the chorus of complaints about Ghislaine’s seemingly preferential treatment in terms of legal visits.

His lawyers Agnifilo and Paul derOhanessian are not exactly shrinking violets when it comes to meeting with media.

The government has recommended that their client receive a life sentence for deeds committed while running the NXIVM/ESP sex-slave cult for 20 years.

Now that they’ve received the sentencing memorandum, they’ve even submitted a request for a second meeting with Raniere.

Raniere, also known to his followers as the Vanguard has been incarcerated at the MDC since March 2018.

During that time, several documentaries have been produced about him and his NXIVM/ESP sex-slave cult (e.g., Frank Parlato’s 2-hour special “The Lost Women Of NXIVM,” which told the story of four female members of NXIVM who died or vanished under mysterious circumstances –  and Lifetime’s “Escaping the NXIVM Cult: A Mother’s Fight to Save Her Daughter,” which told the story of Catherine Oxenberg’s battle to extract her daughter, India, from NXIVM/ESP).

NXIVM and Keith have also been featured on 20/20, E/True Hollywood Story, Megyn Kelly Today,  Dr. Oz, and other network shows.

Keith and NXIVM/ESP have also been the subject of several books and numerous podcasts – and more are reportedly on the way.

Raniere is also the central character in a 9-part series on HBO entitled “The Vow” (Part 2 of that series aired this past Sunday).

He’s also the subject of a weekly dancing performance by his followers that takes place outside MDC.

Clearly, Keith is kind of a “big deal” at MDC – or at least he should be.

Despite all that fame and glory, Keith has been treated pretty much like all the rest of the poor souls who have ended up serving time at this draconian torture facility.

Since April 1st – when the Bureau of Prisons (BOP) first initiated its COVID-19 rules – Keith has suffered through the same indignities as all the other MDC inmates.

A reduction in commissary purchases – which, coupled with the cutback in warm meals, means an even worse diet than normal. And normal is usually a 1 on a scale of 1-to-10.

At one point, during the last hearing in Raniere’s case, Judge Nicholas G. Garaufis offered to let his attorneys meet with him at the EDNY Courthouse if they couldn’t arrange a legal visit with him at MDC.

Ghislaine Not Having a Good Time at MDC

Meanwhile, Ghislaine’s attorneys have been doing a lot of complaining themselves – especially regarding where she’s being housed at MDC – and how she’s being constantly monitored by guards and psychiatrists who have dressed up as guards.

While Frank Report has not yet received a detailed report regarding Ghislaine, our understanding from our sources regarding MDC is that she is being held by herself in a separate wing in the prison’s East Tower.

Although she no longer has to dress in the paper uniforms she was given after she was first moved into her current cell, she is still not given the normal cloth sheets that other MDC inmates are given.

That’s because MDC officials have been put on notice by William Barr, the U.S. Attorney General, that they will likely be fired and prosecuted if Ghislaine should happen to commit suicide the same way that Epstein did at MDC’s counterpart, the Manhattan Correctional Center.

Ghislaine’s attorneys have been pressing to have her placed in “general population” with the other women who are currently imprisoned at MDC.

That request – which was recently denied by the presiding judge in her case – may not have been such a good idea anyway.

Reports have leaked out that many women prisoners at MDC were pissed that they had to spend so much time cleaning the entire unit in which Ghislaine is being housed all by herself.

In reality, Ghislaine is being given the same treatment that most pretrial inmates are given at MDC: they’re trying to beat her down – physically, emotionally, and psychologically – so that she’ll be more amenable to accepting a plea deal and telling them what they want to know about Epstein’s worldwide sex trafficking operation.

That’s why he’ll likely be spending the rest of his life in another federal prison.

CHRIS JACOBS’ IMPOSSIBLE TO BELIEVE EXCUSE FOR VOTING NOT TO FUND THE U.S. POSTAL SERVICE
The Vow Premiered on HBO and Here Is the Trailer