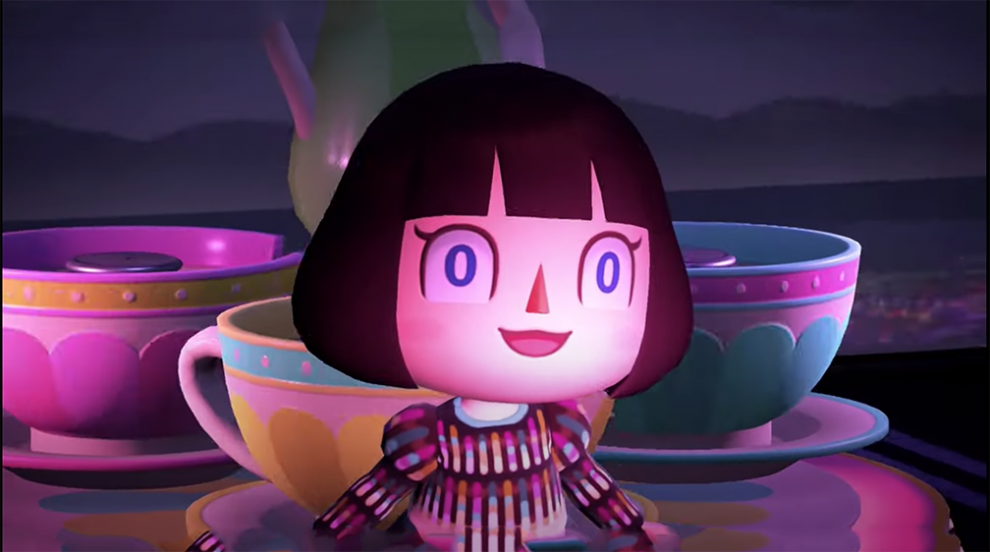 Sylvan Esso has released a new version of their music video for “Ferris Wheel,” the lead track from their forthcoming album Free Love, out September 25 on Loma Vista Recordings. The first full music video to be recreated within the game Animal Crossing, Sylvan Esso has created an alternative experience for their amusement park romp.
Sylvan Esso’s Amelia Meath is an avid gamer (the band’s name was inspired by the video game Swords and Sworcery) and like so many, became obsessed with the game while in quarantine earlier this year. In addition to remaking the “Ferris Wheel” video, virtual tees and hats were created based on new Free Love merch designs that players can scan in-game for their Animal Crossing characters. The tinsel fringe costume worn by Amelia is also available.