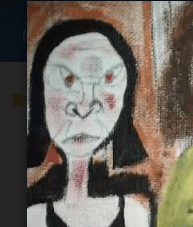 On April 19, 2019, Clare Bronfman pleaded guilty to two felonies: one count of harboring an illegal immigrant for financial gain – and one count of enabling credit card fraud.

In the ensuing 500 days, she was able to cajole, con, contract for, or otherwise convince a total of 66 people to send a letter-of-support on her behalf to U.S. Senior District Court Judge Nicholas G. Garaufis, the judge who accepted her guilty plea – and, more importantly, the judge who will decide how long, if at all, she spends in federal prison.

In the coming days, we’ll be reviewing some of these letters in great detail – and evaluating how their contents may impact the sentence that Clare receives from Judge Garaufis.

We’ll also be listing some of the many people that didn’t step forward to write such a letter – and speculating why they didn’t do so.

For now, let’s just look at what might have motivated these sixty-six people to step forward on Clare’s behalf.

Blood Is Thicker Than Water

At least 7 of the 66 letter writers are Clare’s relatives – which would suggest that she comes from a very small family.

But as it turns out, Clare actually comes from a rather large family.

At the time of his death, her father, the late Edgar Bronfman, Sr., had 7 children, 24 grandchildren, and 2 great-grandchildren.

Apparently, none of her father’s 5 children from his first marriage – Edgar, Jr., Samuel, Matthew, Adam or Bhavani Nev (née Holly) – thought it would be a good idea to tell Judge Garaufis what a great half-sibling Clare is – and how proud they are of her decision to stand by her man and her cult no matter what the consequences may be.

And apparently, none of her 24 nieces and nephews felt compelled to take time out from their busy lives to write a letter on behalf of Auntie Clare (In fairness to Clare, it’s doubtful that she ever met most of them).

And Money is Thicker Than Blood

At least 23 of the 66 letter writers – a little more than one-third of the total – have (or had) some sort of financial relationship with Clare.

And surprise, surprise – in every one of those 23 instances, she (or her family) was the one writing the check.

While it’s understandable that Clare would have sought positive comments from just about anyone, it’s still sad that so many of her supporters were only a rung or two above a bunch of unknowns hired as gig writers off Craigslist.

And, seriously, having the minor child of a married couple that serves as the Caretakers of Clare’s Rai Ki Wai Estate in Fiji write a letter-of-support for her is nothing short of pathetic.

And Cults Are Thicker Than Money

At least 27 of the 66 letter writers – a little over 40%  – have ties to the NXIVM/ESP cult – and while many of these people could probably have also been included in the group of people that are financially dependent on Clare and her family, we chose to list them separately.

That’s because Clare’s attorneys asserted in their most recent filing that the NXIVM/ESP cult was not financially dependent on Clare – and that it “…was profitable and able to sustain itself fully”.

Of course, these are the same attorneys who asserted that “NXIVM was not a sex cult” – and that “…it was not until during Mr. Raniere’s trial that Clare found out about many of the details relating to DOS” (I love the reference to “Mr.” Raniere).

What’s really interesting about the number of NXIVM/ESP-related letter-writers is not many there were – but how few.

Hell, they had almost that many people on the payroll for The Knife of Aristotle.

Where are these people that benefited so much from the teachings of Keith Alan Raniere?

And, of course, where are all these people who have become SUCCESSFUL because of the insight and knowledge they gained by taking NXIVM/ESP courses?

So, let’s see who we have left out of that batch of 66 letters-writers…

All I can say is that it’s a good thing Clare liked to ride horses.

Because if we threw out the equestrian-related letter-writers, we’d be down to just 5 plus one “Unknown”.

And that would be really, really sad…

Not for the Squeamish: Forgotten Ones Dance as Prisoner Is Suspected of ‘Jerking to the Twerking’
Sara Bronfman to Judge Garaufis: My Sister Should Have Been a Nun
Comment