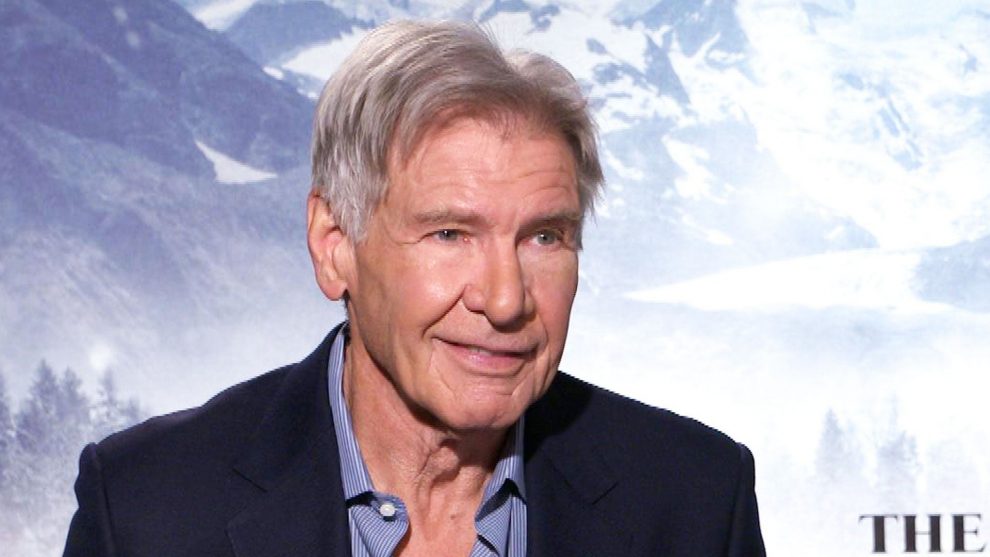 Actor and climate change activist Harrison Ford flew his 19-year-old son Liam off to college on a private jet this week, according to a report by Just Jared

Ford, his son, and wife Calista Flockhart, were seen exiting the jet in Amherst, Massachusetts.

Ford is an ardent activist against man-made climate change and advocate for reducing carbon footprints for others.

Earlier this year — while in in Mexico City to promote a film — Ford said the United States lost its “moral leadership” on the environment.

In September, Ford appeared at the United Nations Climate Action Summit in New York where he gave a speech referring to “people who don’t believe in science or, worse than that, pretend they don’t believe in science,” adding that humanity has run out of time to save the planet from global warming caused by burning fossil fuels.

“We are shit out of time,” said Ford.

Ford, who travels in his own private jet, has been accused by some as being a hypocrite, since private jet flights are considerably less fuel efficient per passenger than commercial flights, and carbon footprint of passengers who chose to travel this way is larger than that created by any other means of travel short of taking a rocket ship.

Private jets produce about 10 -20 times the amount of carbon per passenger than commercial flights.

According to Ford and others, global warming is caused from putting too much carbon into the atmosphere when coal, gas, and oil are burned to generate electricity or run our cars, commercial planes and, in Ford’s case, private jets.

These gases spread around the planet like a blanket, keeping in solar heat that would otherwise be radiated out into space.

Ford, who cannot, because of his star status and wealth, practice what he preaches, nevertheless lectures eloquently on how Americans should reduce carbon footprints, even if his own footprint is enormous.

“We need moral leadership,” Ford told reporters. “We’ve lost some of our credibility and we are anxious to regain it.”

Indeed if other rich Americans, other than Ford, who loves traveling by private jet, flew on commercial airlines, they would help reduce overall carbon footprints [leaving some extra for Ford and family.]

A Boeing 737 burns 750 gallons an hour. Over a three-hour flight, it will burn 2,250 gallons of fuel, producing 21,533kg of CO2.  The plane can hold around 200 passengers, making the amount of CO2 produced per passenger around 108kg if we assume a full flight.

A private jet burns around 200 gallons of fuel per hour, producing around 6,000kg of CO2 in a three-hour flight. If there are three passengers, Ford, his wife and son, the average amount of CO2 per person is 2000kg, or about 20 times larger carbon footprint than if he, his wife and son took a commercial flight.

As Ford could certainly advise us, travelling by economy class is more efficient than first class. Smaller seats and less leg room mean more passengers are seated – and therefore the CO2 per passenger equation is lower.

It’s not just about the amount of carbon a journey produces, but the efficiency (number of passengers) and also what we are responsible for – if the journey would happen anyway, passengers are only responsible for the extra fuel that’s burnt due to their added weight.

Ford might consider hitchhiking, which is one of the most climate-friendly ways of travelling. The car would have been driven all that way regardless – as is going by cargo ship.

Although the shipping industry produces a huge amount of carbon, Ford, if he went by cargo ship, would not be responsible for carbon footprints as the journey would take place whether the actor was on board or not.

Clearly, walking and cycling are about as low as you can get on the emissions scale and is something Ford should consider immediately since we are, as he said, “shit out of time.”

Will Harrison Ford either stop flying in private jets, or stop preaching to us about carbon footprints and climate change? My guess is neither.

He will continue to fly private jets, burning up thousands of gallons of fossil fuel, while sanctimoniously preaching about how America has lost its credibility and how, by listening to him, we might regain it.

How Sara Bronfman’s Husband Basit Igtet Tried to Overthrow Libya With Raniere’s Help
Did Clare Bronfman Get Hoodwinked By Another Persuasive Man? – Her Lawyer Mark Geragos?