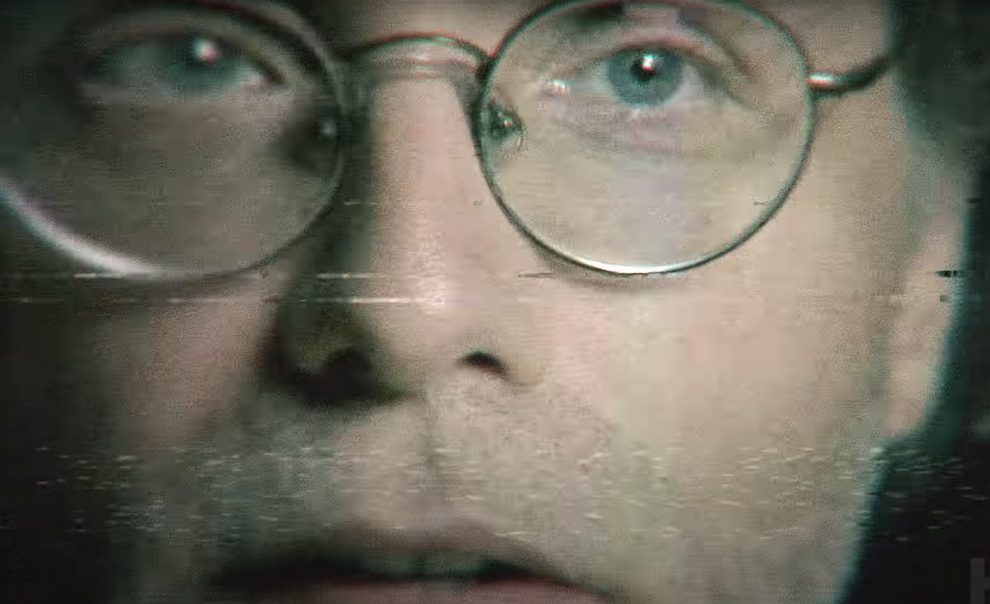 The following is pure gold.

If you want to understand the mind of the Vanguard, Keith Alan Raniere, AKA Federal Prisoner 57005-177, you must read his email of last September to his baby mama, Mariana Fernandez in Mexico.

It is an astonishing email and here we see Keith at his absolute Vanguardianistic best, full of delusions and self-importance and with an abundant helping of word salad.

Mariana is believed to be in Mexico, living off of some $500,000 gifted to her by Clare Bronfman, and possibly other money Keith squirreled away for her and their now three-year-old son, Kemar [and the money her well-to-do father, Hector Fernandez, a staunch devotee of the Vanguard, might give her to raise the avatar child].

Most of the email, he claims, is nothing more than the endings of three different articles he said he has written: an op-ed about how great he is, an article defending DOS, and an article about how his criminal charges are absurd.

Raniere most likely sent this email to Mariana for it to be shared with other Nxivm followers of which there are many in Mexico. He may have realized that prison authorities on behalf of the Department of Justice were monitoring his emails and so perhaps he was making a statement to them as well: “I am innocent.”

What it shows – and it will likely be used against him at sentencing – is that he does not acknowledge he has done anything wrong and that he is a victim of a corrupt system and sinister forces.

As we shall see in the email below, he says that DOS was a noble endeavor that must be preserved, that he was unfairly and unlawfully kidnapped by impostors posing as Mexican Federal Police, that a South American billionaire is out to get him [sounds like total bullshit], and that he is 100 percent innocent.

I thought I might share the endings of the three articles I have written: a potential Op. Ed., about the Sorority, and about the absurdity of some of the charges of my case.

I hope you enjoy!

I suspect they are more powerful in context but here goes (I need to type these for, as you know, there is no copy-paste functionality). Tell me if you like them once you read them…

Here are the ending paragraphs:

(note: much is explained before this ending. It is nationalistic (mainly for USA) and quotes the end of our pledge of allegiance all children recite each day.

As a metaphor, I find myself a non-violent soldier on a battlefield: my sole weapon is my character. I am not the lowest ranking foot soldier, but certainly not a high-ranking officer. Our ranks represent our contribution to team humanity, and our earned right to lead that team. The battle we are fighting is for virtuous justice, and our opponent: hate. In particular, this battle is waged over the conduct of the Sovereign: Is it dedicated to truth (virtuous) or to winning (hateful)? Are the accused upheld (virtuous) or is punishment and damage inflicted upon the accused, his or her loved ones, friends, associates businesses (hateful)? In short, is our Sovereign virtuous or hateful? There is no gray area, in-between, or part-time!

Here I stand in the middle of this massive conflict which affects so many people and the very notion of freedom. Suddenly, I find myself alone, in a fortuitous clearing, where I can potentially make a global difference. I don’t know why I’ve been granted this visibility or potential power, but here I am. Yes, I can, and should, potentially reverse my trial verdict, but just as importantly– even more so–something good can be done!

As I am caught amidst a swirling miasma of prejudicial hate, much of which is flat-out untrue, but none of which related, or even should relate, to the law of my case, will this hate win? Will the prejudice infect justice so the law is ignored and innocence not upheld?

I need at least one experienced, vociferous, unrelenting justice advocate to join this effort, bring meaning and social value to this dark time, and turn the monologue of hate about my case into a dialogue–a conversation–about truth. Although my personal situation is wrongful and inhumane, it has even greater consequences for anyone who is affected by our justice system–hopefully all people under the sun who have recited the pledge, “for liberty and justice for all”!

For me, as a chance, nationally visible figure, immersed in an amplified, hateful, injustice: I am innocent, but can I be free?

I believe the sorority is good–not just good and even noble, but great–and vitally important for women and humanity.

It is tragic the current organization has been stymied by a few envious men abusing position of power in government, media, and film; some women who didn’t live up to their sacred honor and vows; and people in general who just feel threatened by this idea.

The missing part of our society, found in a secret group of women like this, aches to be embraced; we should deeply mourn it’s possible loss. It is a living thing, a precious thing, and an essential thing to complete the human story: groups that are different are not necessarily bad, and ways of journeying through our lives, only for the few, and too intense for the many, are foundationally important for all of us. This sorority is such a thing: living, precious, intense, and some would say even sacred.

If the current group of committed women, for whatever reason, do not carry his considerable body of knowledge, practices, and skills forward, some other group of brave courageous, women should–even must–somehow, somewhere.

It’s here, waiting for the right women, right now. Who will carry forth this burning torch of light?

3 Some of my absurd charges:

The prosecution claims the “victims” cry they are “scared for their lives”. As a non-violent, peace movement leader, with no violence–not even yelling–reported in the sorority, the assertion, “I am scared for my life” is disingenuous at best: I, Keith Raniere, would rather risk my life than threaten another’s.

Even starting before my kidnapping, this situation has been a purely political, envy-driven, money-powered lie to destroy a community, and keep me either incarcerated for life or otherwise “disposed of”.

This lie is perpetrated by certain politicians, prosecutors, lobbyist, agents, judges, and people of influence, who likely received great benefits of recognition, social capital, favors, and maybe even money: it should all be closely examined.

An immediate family member of a powerful multi-billionaire, overtly against me, stated that this billionaire flew to New York, and stayed for over a week to work with, and carefully influence, authorities. This billionaire has stated he will do anything in his power to put me in jail for life–and money is not object.

He also owns, and controls, one of the largest media conglomerates in South America. He is considered ruthless, very powerful, and dangerous. It is no surprise my case is so publicized, exaggerated, and untrue. It is also no surprise the men, dressed as Mexican Federal Officers, who kidnapped me were complete strangers to the few bona fide Mexican officials I did see.

One of them, who had worked at his post for more than 12 years, was scared and said repeatedly, “I’ve never seen these men before.”

There are many arguments which could attempt to show I was given due process, and a fair trial. No matter how detailed, definitive, incisive–or even persuasive–the argument, I know it is false, and absolutely wrongful. One might ask how I can be so sure? The answer is simple: I was found guilty through this process, and a trial by jury, but…

There is a possibility that Keith might avoid a life sentence. Perhaps his best chance is to express remorse and admit guilt before the judge prior to sentencing. He is not likely to do that and is likely to be sentenced to life in prison. He seems to pin his hopes on getting his verdict overturned.

He has a long wait ahead and his efforts to hold his cult together over the long years ahead may diminish over time, as he adjusts and gets used to his future – which will be a life in prison and receding hopes that his legacy will be a good one.

He is not likely to be remembered as a glorious thinker who loved humanity but rather as a cult leader, and a scoundrel who did everything for himself at everyone else’s expense and harm – which is exactly what this letter is all about.

He is not writing for the welfare of others, but for himself.  The letter he should have sent to Mariana is one asking her to forget him and get on with her and her son’s life, apart from him forever, for he is not ever getting out of prison alive.

Should it be true that Keith is actually writing these three articles, there is little doubt he could get them published. I am confident that numerous publications would be happy to get them and some of them would even pay him for it.

Ex-Prisoner Has Advice for Clare Bronfman – ‘Prison Can Be a Great Opportunity’
Scathing Rebuke of Clare and Sara Bronfman: Stop Being a Crying, Whiny, Bratty ‘Poor Me’ Rich Girl Who Was a Victim of ‘ALL THAT MONEY’!
Comment