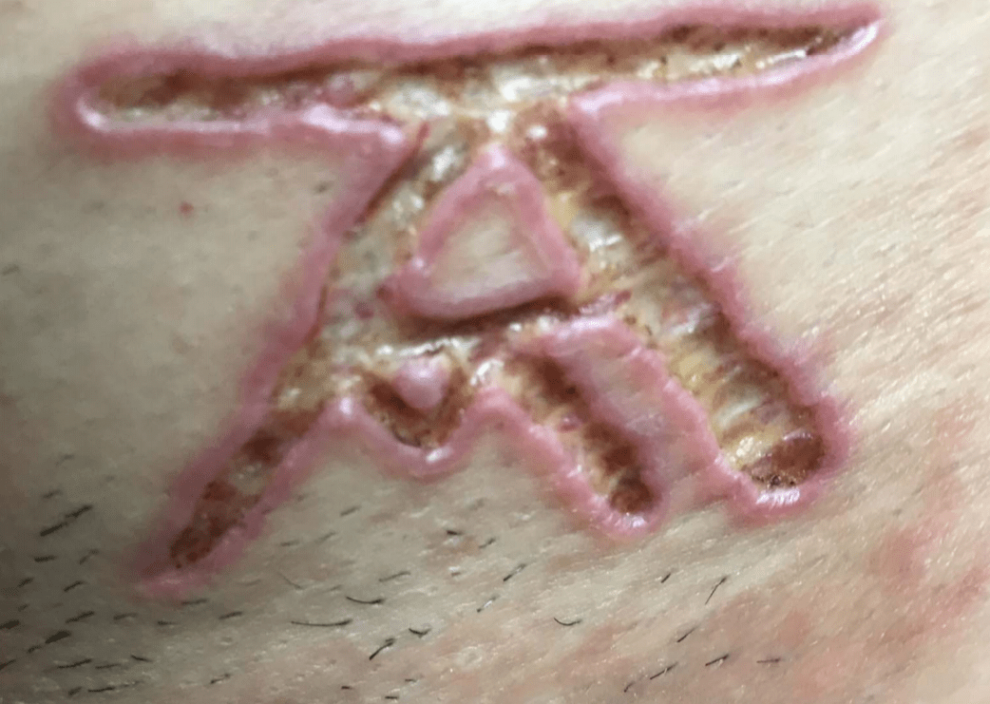 This is Part 3 of the series “Life In Prison” which is culled from the 59-page memorandum filed with the court, authored by the US Attorney for the Eastern District of NY, which recommends a life sentence for Keith Alan Raniere, AKA the Vanguard.

Life in Prison: Part 2 – Identity Theft and Unlawful [and Stupid] Surveillance (Keylogging) -With Exclusive List of Those Nxivm Spied on

You can read the entire government memorandum here.

Taking select excerpts from the memo is meant to provide readers with various views of the crimes that Keith Raniere committed from the prosecution’s point of view – and in support of their contention that he Brilliant One deserves life in prison.

It also provides insights into his foul deeds – when the Vainglorious One was amid the gullible and vulnerable in human society, a society that he is entirely unfit to be among and which the prosecution hopes to sequester him from ever being with freely again.

I will add my own comments and illustrations as the spirit [of Vanguard] moves me. In Part 3, the government gives its overview of something that actually largely took the Great One down — Dominus Obsequious Sororium or DOS also known as the Vow.

It was Frank Report that broke this story to the world.on June 5, 2017 in the story Part 1: Branded Slaves and Master Raniere; Sources: Human branding part of Raniere-inspired women’s group.

In late 2015, Raniere created DOS, a secret organization led by Raniere and comprised of “masters” who recruited and commanded groups of “slaves.”

Each of these “first-line slaves” recruited their own “slaves” by approaching young women and falsely describing DOS as a secret women’s empowerment group or sorority.

Raniere instructed the First Line never to disclose his participation in and leadership of DOS. Prospective “slaves” were required to provide “collateral”—including damaging confessions about themselves and loved ones (truthful or not), rights to financial assets, and sexually explicit photographs and videos—to prevent them from leaving the group or disclosing its existence to others.

Through DOS, Raniere used the First Line to recruit other women to make a “collateralized vow of obedience” to their masters (and, by extension, to Raniere) and then required these “slaves” to perform labor, take nude photographs, and, in some cases, to engage in sex acts with Raniere.

Raniere at one point told Camila that it would be “good” for her to “own a fuck toy slave” for him that she could “groom and use as a tool to pleasure” him.

The First Line of DOS met three times a week for about ten hours a week. At the start of each meeting, the First Line took a fully nude photograph of themselves and sent it to Raniere. In the meetings that Raniere attended, Raniere sat on a chair, dressed, while the First Line sat on the floor beneath him naked.

These sexualized components of DOS, along with Raniere’s leadership of DOS, were deliberately concealed from recruits.

Raniere and other DOS “masters” recruited women as “slaves” into DOS by deliberately concealing Raniere’s role in DOS.

Women were recruited into DOS from California, Mexico, Canada and elsewhere, and DOS “masters” used encrypted messaging applications located overseas, including Telegram and Signal, to communicate with their “slaves” and to collect collateral.

After women were recruited into DOS and their collateral was collected, the DOS “slaves” were told that they needed to provide additional collateral each month. DOS “slaves,” including Sylvie, Nicole, and Jay, among others, believed that if they did not obey their “masters,” their collateral would be released.

Raniere and DOS “masters” used a variety of means to coerce their “slaves” into submission. In accordance with Raniere’s instructions, DOS “slaves” were required to be branded with a symbol that, unknown to the “slaves,” represented Raniere’s own initials.

DOS “slaves” were also controlled in a number of other ways, including physical isolation (by being required to stay in Clifton Park); forced participation in “readiness” drills; requirements to seek permission from Raniere or their “master”; sleep deprivation and extremely restrictive diets.

At Raniere’s instruction, the DOS victim being branded was held down by other DOS “slaves” and was required to state, among other things, “Master, please brand me, it would be an honor.”

Raniere gave these directives to Allison Mack to implement:

Raniere: Do you think the person who’s being branded should be completely nude and sort of held to the table like a, sort of almost like a sacrifice? I don’t know if that, that’s a feeling of submission, you know. So…

Raniere: Ah, you could also of course videoing it, and videoing it ah from different angles or whatever gives collateral.

Raniere: So, it probably should be a more vulnerable position type of a thing.

Raniere: Laying on the back, legs slightly, or legs spread straight like, like feet, feet being held to the side of the table, hands probably above the head being held, almost like being tied down, like sacrificial, whatever.

Raniere: And the person should ask to be branded.

Raniere: Should say, please brand me it would be an honor or something like that. An honor I want to wear for the rest of my life, I don’t know.

Raniere: And they should probably say that before they’re held down, so it doesn’t seem like they are being coerced.

The branding itself was performed without anesthesia and using a cauterizing pen, which burned the skin and left a permanent mark.

Most of the brandings were performed by [Dr.] Danielle [Roberts], a DOS “slave” who was also a licensed medical professional.

DOS “slaves” were coerced into providing labor and services for their “masters” under the threat of the release of their collateral, including editing and transcription work, taking naked photographs, and other tasks.

Below are a few paintings by Marie White that demonstrate the horrors of the branding table and the demonic sex slaving Keith Raniere imposed on the women.

And for good measure, one more from MK10ART—

Sara Bronfman to Judge Garaufis: My Sister Should Have Been a Nun
Victim Impact Statements 101: Who Can Submit – and When and How To Do So