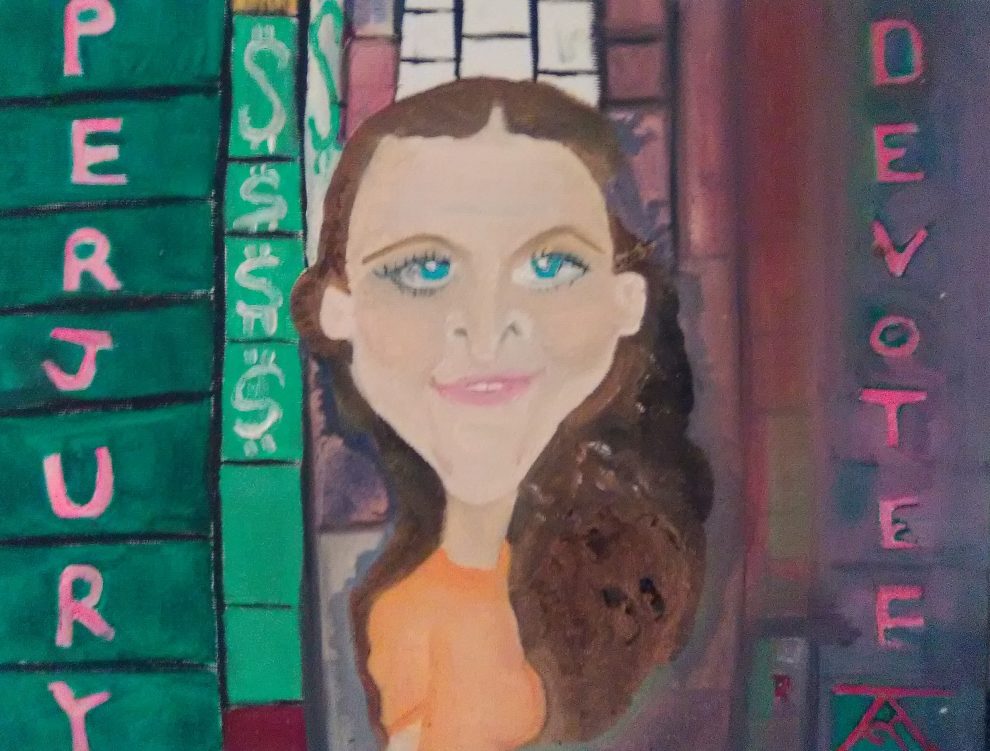 The general consensus seems to be that Clare Bronfman may have done herself some serious harm with the letter that she recently wrote to the judge who will be sentencing her on September 30th, U.S. Senior District Court Judge Nicholas G. Garaufis.

It was in that letter that Clare made it one hundred percent perfectly clear that she would never disavow her Vanguard, Keith Alan Raniere – or his crazy sex cult, NXIVM.

On the contrary, Clare boldly informed the judge that “…NXIVM and Keith greatly changed my life for the better”.

She also made the mistake of telling the judge how Keith and NXIVM helped her “…learn about being a responsible leader” – and how she was “…given opportunities to build myself and my new-found love of business within the various companies…” [that were part of NXIVM].

Meanwhile, in the same filing to which Clare’s letter was attached, her attorneys were trying to convince Judge Garaufis that Clare had no knowledge of any of the darker aspects of Keith and NXIVM: e.g., the merciless destruction of anyone who was less than 100% loyal and obedient to Keith; its numerous criminal activities – many of which were directly funded by Clare; the existence of DOS – and its ongoing blackmail of women; the failed attempt to use Mexican authorities to silence critics of Keith and NXIVM; and on and on.

According to her attorneys, Clare was really not a leader in NXIVM even though she was listed on its website as its Director of Operations.

And even though she was on the company’s Executive Board – and personally oversaw all its legal activities – her attorneys argued that she didn’t ever know what was actually going on behind the scenes.

Her attorneys even claim she was shocked when she received five emails from women who were resigning from NXIVM – and who asked her to return the blackmail material they had been cajoled and coerced into turning over to the leaders of DOS. Interestingly enough, her attorneys never explained why Clare didn’t do anything to see that the blackmail material was returned to its rightful owners.

According to her attorneys, Clare was entirely focused on protecting NXIVM from those unnamed scoundrels who were “hacking into NXIVM’s computer servers” – which led her to pursue criminal sanctions against them. For some reason, however, they failed to mention that the entire computer trespass case was based on the fraudulent assertion that the server in question was located in Albany, NY – and that the only law enforcement official in New York State who was willing to bring such charges was P. David Soares, the Albany County District Attorney who had been blackmailed, bribed or otherwise cajoled into bringing other unfounded criminal charges against enemies of Keith and NXIVM.

All in all, Clare’s attorneys tried to portray her as someone who was basically oblivious to everything going on around her.

But not to worry…several of the people who wrote letters-of-support on behalf of Clare made it very clear just how much she was in charge of everything NXIVM did.

While Clare’s attorneys tried to convince Judge Garaufis that Clare didn’t know anything about the darker side of NXIVM, several of her supporters painted an entirely different picture in their letters-of-support for her.

Alejandro A. Imbach, for example, mentioned how he first met Clare at the 2015 edition of V-Week. “Clare was in charge of planning and running the whole thing, which in my opinion was a quite complex task. I remember seeing her working tirelessly every day, from early in the morning until late at night. She was always moving between places, checking on people and making sure that things were running smoothly”.

Hmmm…That doesn’t sound like someone who was out-of-the-loop on what was going on. On the contrary, it sounds like a hands-on boss who’s on top of everything going on around them.

Antonio Aja, the General Manager of Clare’s Wakaya Club and Spa, described Clare as“A smart, reflective, compassionate, generous and conscious leader”.  He also indicated that he values her “…discipline, honesty, hard work ethic, [and] attention to detail…”. Once again that doesn’t sound like someone who wouldn’t know what was going on inside NXIVM.

In his letter-of-support, Edgar Boone, one of the High-Rank members of NXIVM, made it abundantly clear to Judge Garaufis just how involved Clare was with the cult’s operations. “Clare was in charge of much of the companies [sic] daily operations, business decisions, and legal strategies.”

Her former CPA Gregory Zelenay described Clare as “…a sophisticated and savvy client”. Definitely not the kind of person to have things going on behind her back.

And last – but certainly not least – we have the letter-of-support from James DelNegro who described himself as “…a 52-year old mechanical engineer with four (4) step children and spouse” – the latter references presumably being to his live-in domestic partner Esther Chiappone Carlson and her children. He goes on to describe Clare as “someone with great integrity” and someone “…who does not want recognition for all the good things she has done”.

Turns out that Jimbo – who somehow failed to mention that he was a long-term member of the NXIVM cult and a leader of its so-called Society of Protectors – almost had it right.

Clare certainly does not want recognition for a lot of the things she’s done.

Things like underwriting the terrorism-by-litigation tactics of her mentor, Keith Raniere.

Things like underwriting the day-to-day operations of the NXIVM cult so that Keith had time to do things like creating DOS.

Things like spending millions upon millions of dollars on attorney fees to destroy the lives of anyone that Raniere declared to an enemy or a suppressive.

Things like personally committing perjury on at least two occasions because Keith told her to do so.

Things like bribing, blackmailing and otherwise cajoling public officials to forgo their oaths to public service to ensure that Keith and NXIVM never got investigated, let alone prosecuted.

And, hopefully, he’ll sentence her to at least 5-years in federal prison to contemplate all the harm and destruction she’s caused others.

VICE video How Britian Was the World’s Largest Drug Dealer and Got China Hooked on Opium – Then Invades When China Tries to Stop the Business!
Former Nxian: Clare Bronfman and Brandon Porter Won’t Acknowledge the Truth About Keith – Their Inner Worlds Would Collapse