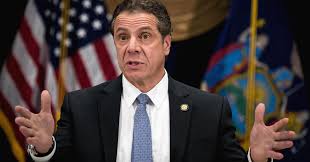 The high-level democratic lawmaker from New York State informed the Reporter that Cuomo was intending to make an announcement to cancel Halloween by the end of this month or during the first week of October.

One day after the Reporter announced the news, Gov. Cuomo said he will not be canceling trick or treating despite the coronavirus pandemic.

The Reporter wrote, “Our source was clear. The governor wanted to cancel trick or treating out of concern for containing the coronavirus. Our source told it to several witnesses at the same time.”

The Reporter’s story was shared more than 5000 times on social media, with people almost universally opposing to the idea of canceling Halloween.

It prompted an immediate reply.

Gov. Cuomo said trick or treat will not be canceled.

He will offer “advice and guidance” and let families decide whether they’ll celebrate Halloween.

The backlash Cuomo got was similar to what officials in Los Angeles County, California, recently encountered when they first announced then walked back that trick or treating would be banned.

“I would not ban trick-or-treaters going door to door. I don’t think that’s appropriate,” Cuomo said. “You have neighbors. If you want to go knock on your neighbors’ door, God bless you. I’m not going to tell you not to.”

The Reporter’s source, who the paper said represents New York in the House of Representatives, said that Governor Cuomo planned to use “any new development” in the pandemic to effectuate the prohibition.

Whether Cuomo saw the intense opposition to the idea of banning Halloween as a political negative, or whether he had a change of heart, or whether the top lawmaker was confused is uncertain.

One thing is certain, Cuomo responded quickly to the story and with good news for New Yorkers.

Perhaps the Reporter and its legion of readers “spooked” the governor into doing the right thing.

Put A Name To That Face: Excellence And Swagger In The Work Of Movie Icon Robert Davi