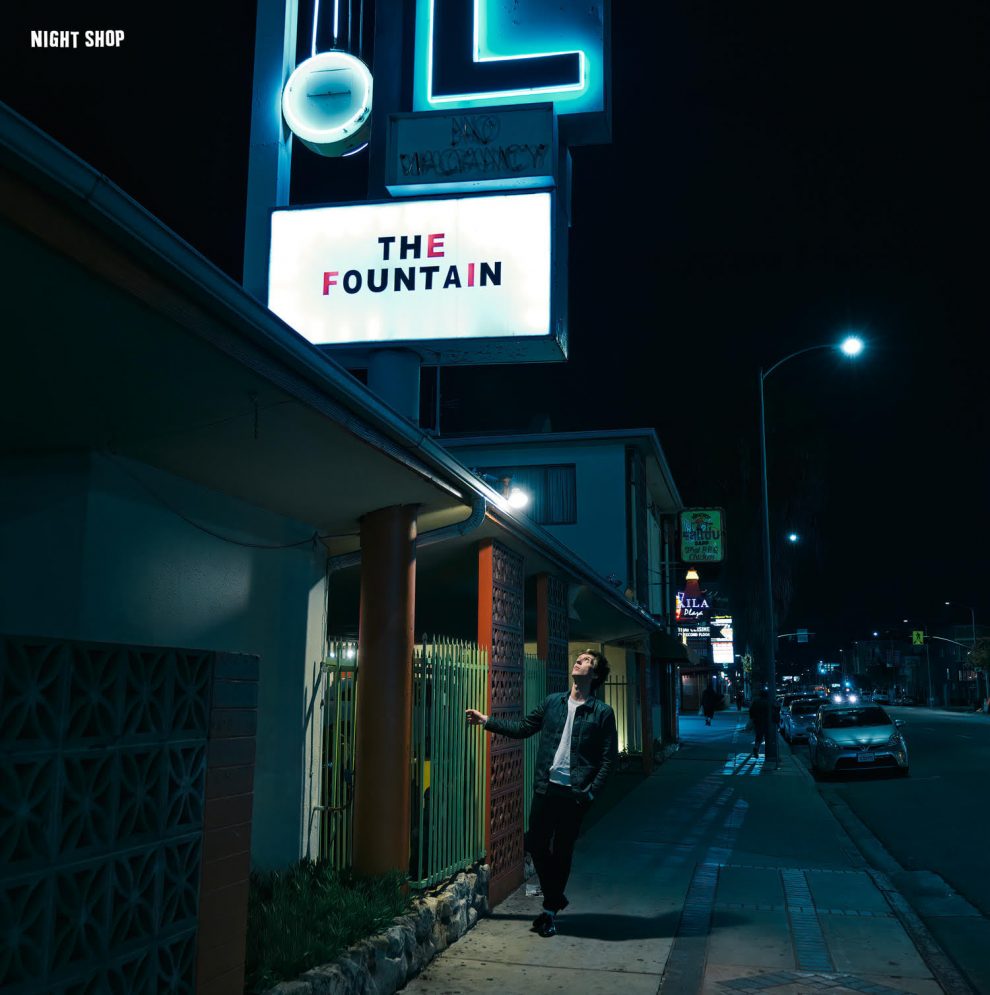 Night Shop is the songwriting project of Justin Sullivan. Sullivan has worked as a touring drummer for the past twenty years with a half dozen DIY punk bands, including Ringers and an early incarnation of Worriers. In 2009, he joined The Babies alongside Kevin Morby and Cassie Ramone.

The Fountain is a collection of six songs populated with the people, places, and experiences that had come to form the foundation of Sullivan’s life after 20 years spent as a touring musician.

“What does a punk song about friendships look like 20 years later?” Sullivan asks. “Probably a little slower, a little softer, and a little more melancholy.”

The Fountain is a family affair, with friends and collaborators bringing the songs to life. The EP features Katie Crutchfield (Waxahatchee) on backup vocals, Meg Duffy (Hand Habits) on guitar and bass, Sofia Arreguin (Wand) on piano, Jarvis Taveniere (Woods) engineering and playing a host of instruments, Anna St. Louis on backup vocals, Tiffanie Lanmon (Jess Williamson) on drums, and Flat Worms bandmates Will Ivy and Tim Hellman on guitar and bass.
The Fountain is available for pre-order on Bandcamp HERE. All profits from pre-orders will be donated to the civil rights non-profit Color Of Change

VICE Doc: From 14-year-old Teenage Drug Lord to Prison to Entrepreneur
Bertha Bernal, a Prisoner of California Probate Courts, Deserves to Be Reunited With Her Family