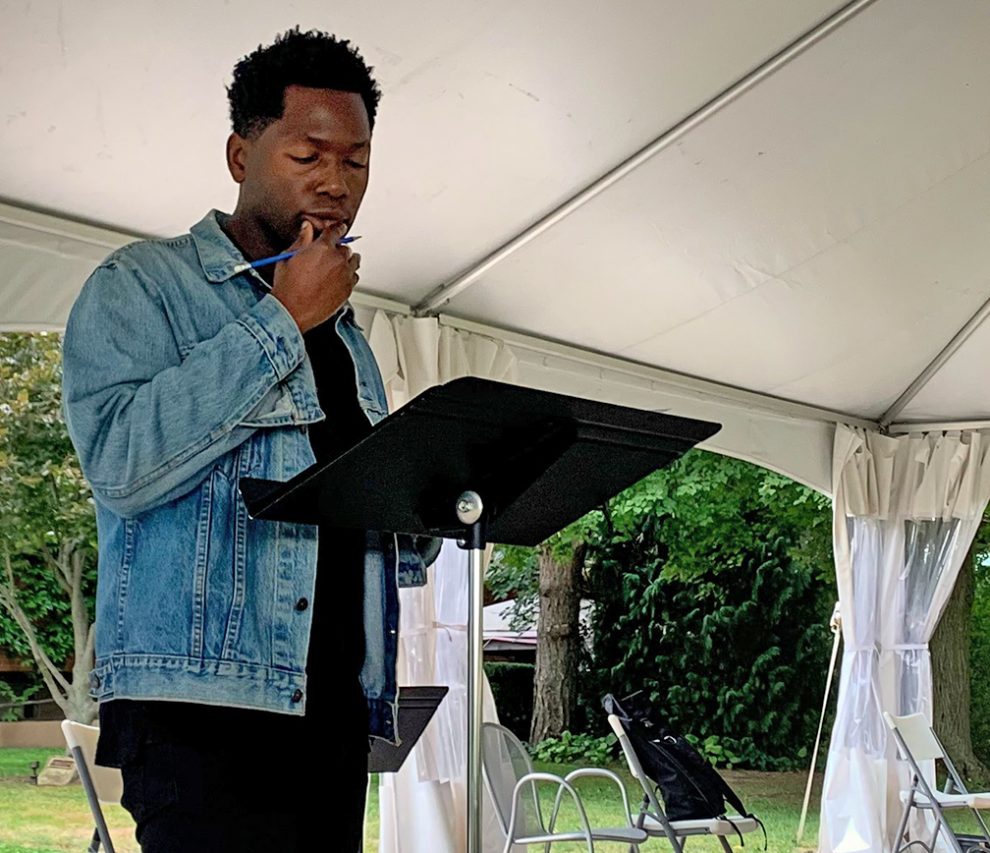 The Shaw Festival is set to animate Niagara-on-the-Lake with live music throughout September and October with approximately 40 bespoke concerts. The Festival will visit several Niagara-on-the-Lake outdoor stages and venues with a line-up of three concert revues featuring the music of early 20th century composers Duke Ellington, Dorothy Fields, and Cole Porter and up to eight Shaw Festival performers.

A number of the concerts will happen in the Shaw Festival’s Baillie Courtyard; however, due to limited capacity, Friends of The Shaw will have first access to the concerts. Tickets for the public will be offered as availability allows. In addition to events on the Festival’s grounds, The Shaw is working with local hotels, wineries, and private residences with suitable outdoor space to host concerts. The Shaw Festival’s first partner is Jackson Triggs Winery, which is set to host concerts in its bandshell on October 6 and 13. Admittance to off-site performances will be limited and access determined by each venue based on their respective safety protocols.

The Shaw Festival’s Duke Ellington Revue is directed and choreographed by Associate Artistic Director Kimberley Rampersad with music direction by Music Director Paul Sportelli. Duke Ellington, the acclaimed Black composer, arranger, pianist and jazz orchestra bandleader; enjoyed a career spanning six decades and has over 1,000 songs to his credit, making him one of the most successful artists of the 20th century. Audiences will be treated to some of his greatest hits including It Don’t Mean a Thing (If It Ain’t Got that Swing), Satin Doll and Take the A Train.

Kimberley Rampersad and Paul Sportelli also team up for the Dorothy Fields Revue, a celebration of the incredibly successful female lyricist and librettist of the earliest part of the 20th century. A celebrated songwriter, Dorothy Fields wrote over 400 songs for 15 stage musicals and at least 26 films including Annie Get Your Gun, Sweet Charity and Redhead. Audiences will enjoy I Can’t Give You Anything But Love, Big Spender, and On the Sunny Side of the Street.

Artistic Director Tim Carroll directs the Cole Porter Revue with choreography by Kimberley Rampersad and music direction by Paul Sportelli. An American composer and songwriter and one of the most famous gay composers of all time, Cole Porter found success on Broadway and in numerous Hollywood films including Anything Goes and Kiss Me, Kate. His songbook includes more than 800 songs and audiences will get to tap their feet to such songs as You’re the Top, Anything Goes and Too Darn Hot.

“In this time of scarcity in live performance, to practice our art is a treasured opportunity,” said Kimberley Rampersad, Associate Artistic Director. “The palpable reaction of both the artists and audience proves a tenet we hold fast to – the necessity of gathering together to experience something as a community – the necessity of theatre.”

The Shaw Festival acknowledges the support of the Government of Canada through the Federal Economic Development Agency for Southern Ontario (FedDev Ontario). FedDev Ontario has contributed $400,000 to The Shaw to support outdoor theatre performances and support visitor activity in Niagara-on-the-Lake.

“The Shaw is normally responsible for over $220 million in annual economic impact and the shut-downs due to the COVID-19 virus have badly hurt our region,” said Tim Jennings, Executive Director/CEO of the Shaw Festival. “We are thrilled to partner with the Federal Development Agency of Ontario and use our art to help restart the tourism economy with free and low-priced community concerts. We hope concert-goers will eat at the restaurants, stay in the hotels and visit the shops here in Niagara-on-the-Lake. As the Region’s largest cultural charity, it is our duty to support Niagara in coming back from this catastrophe as safely and quickly as possible.”

Gerald Dewes: Can I Benefit from an A-B Trust?
How To Buy Glasses With SmartBuyGlasses