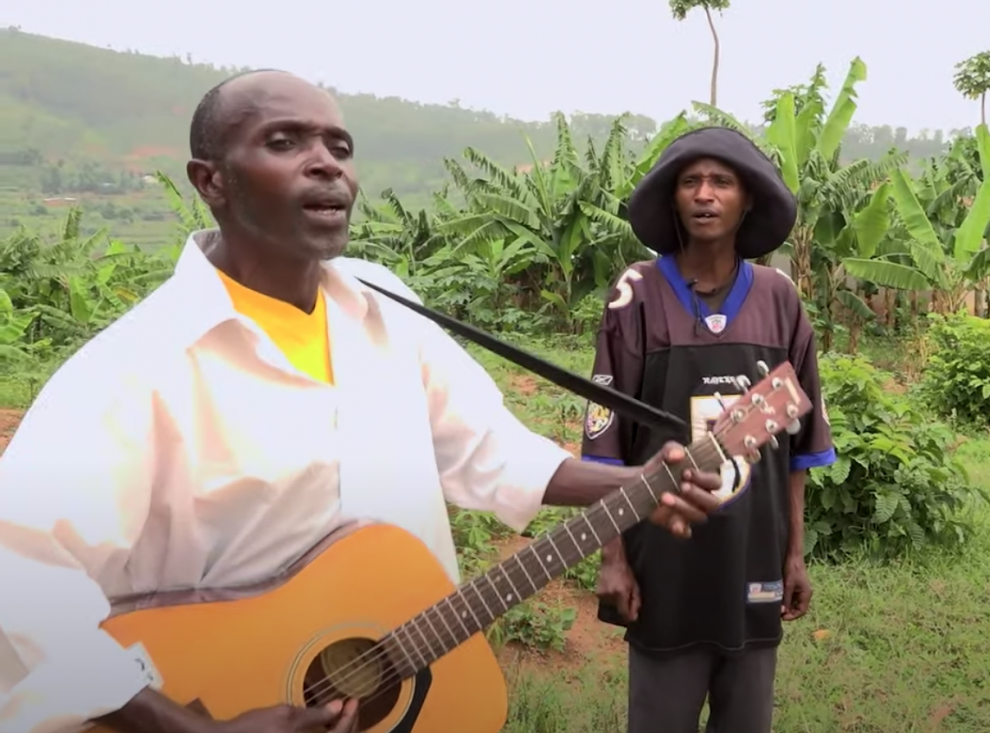 Rwanda’s The Good Ones have debuted their new single “Soccer (Summer 1988)” today via NPR’s acclaimed Tiny Desk series. “Adrien Kazigira and Janvier Havugimana know endless hardships,” NPR explained. “The night before this recording was made, a flood in Rwanda killed more than a dozen people and destroyed homes.”

“Soccer (Summer 1988)” is a classic end-of-summer song— a tale of nostalgia for Rwanda’s favorite soccer team, Rayon Sports F.C., in the more innocent days before the 1994 genocide which claimed some of the team’s players and countless fans. It is a first-take without overdubs, recorded in bandleader Adrien Kazigira’s barn. At this particular meeting, Adrien and co-lead singer Janvier Havugimana played each song together for the first time. Yet, with only a minute or two discussion beforehand, they fell in so seamlessly that these virgin ventures were indistinguishable in ease from the stalwart songs they’d played for decades. Such it is with two gifted men that have harmonizing together since childhood.

In November of 2019 The Good Ones released their critically acclaimed third album Rwanda, You Should Be Loved, which was produced by Grammy-winner Ian Brennan.

Click here to post a comment
MLB IN BUFFALO… OH, WHAT A SUMMER! By Andrew Kulyk and Peter Farrell
MUSIC: A Sad Goodbye to the great Helen Reddy